With Bored Lord, are we seeing a return of a House boosted by hybrid Club, R’n’B, Pop, Techno and Acid?

Daria Lourd alias Bored Lord, released in December a very noticed EP, Nu Metal Toolz, on her Bandcamp: a remarkable one of a kind nu-metal made in a gay/club/130 Bpm/heavy kick/ecstasy way.

We are almost moved, to see her land in the now historic (they were almost pioneers of the revival of electronic club music) label Knightwerk. On the Global Club label, she delivers an EP simply entitled Transexual Rave Hymns.

As we are listening to the EP, we already get a good slap of mastery of a kind of contemporary classic House Rave, and then we are struck by all the hidden meanings and the complex scope of this EP which is, in a way not that much “only for clubs”.

Along the tracks is also hidden the self-portrait of Daria Lourd and her questioned identity.

Between melancholy and hypnotic club music we find House, Rave, Acid or Techno-gimmicks, pop sounds whose voices are distorted, catchy voices, massive kicks, some melodic pads and a rather jubilant hybridization which is more present than you first realize.

It’s well thought, well executed, quite straight forward, and above all very club-friendly, like the reinterpretation of a certain Detroit/Chicago/New York tradition that went through the prism of trans identity in the 21st century.

Like her previous EP, whose goal was to reinterpret a certain Nu Metal, Trans Rave Hymns, is, in a certain way, dusting a style that was almost out of fashion in recent years.

Yes, we find 130 BPM and club gimmicks, but we are also elsewhere because there is so much more than that. And between titles like “Spit in Your Mouth,” “My Loneliness Is Killing Me”, “You Make Me Feel So Good”, “No More Hiding Who I Want To Be” we are faced with clues to understand the hidden and complex paths, and detours, that Daria tries to tackle in her EP neo-club which we like so much.

Inventive and brilliant, Transexual Rave Hymns is undoubtedly one of the most beautiful “house” EP which we have had the pleasure to listen to in this first half of the year.

The revolution is inevitably already in progress!

Ps: Run listen to her previous EP, just as bright but in a non-screaming metal version that will rock your world… 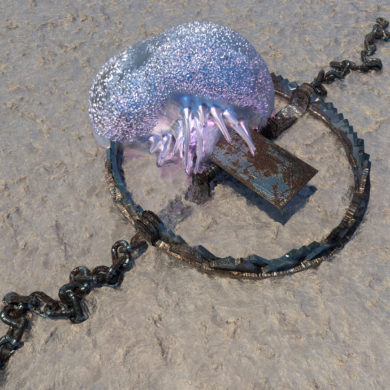