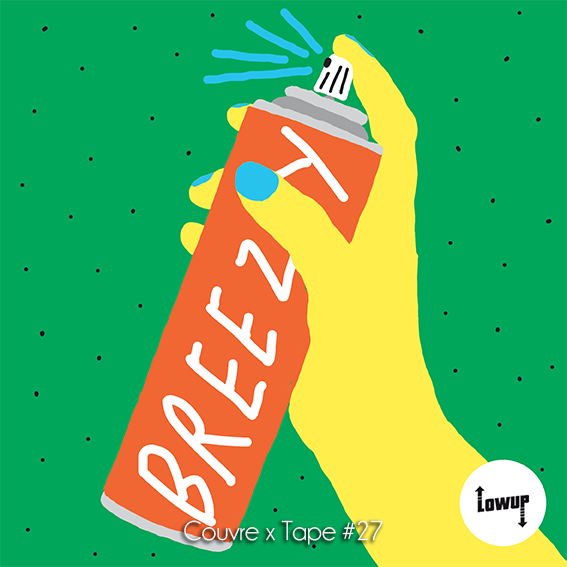 But this is only an apetizer. DJ Mellow will play live on stage during summer. The main set will be for the Dour Festival on the 17th of July, with Max Le Daron, as Lowup Soundsystem.

The artwork was made by Tim Colmant, Lowup’s illustrator.

Don’t miss the next Lowup shows and our interview with DJ Mellow after the break.

CxC : Hi DJ Mellow ! You have more than 15 years of DJ/ producer practice behind you (and certainly a long career ahead !) How did you jump into the Lowup Records project in 2008 ?

DJ Mellow : We’ve been motivated by a new emerging scene, in which we became actors by starting our monthly parties in 2008. A lot of artists were presented in our shows, we were in the middle of the scene. This took place also when many of our artistic projects were starting (from Max Le Daron, Jay Jackson, Sweet Sweat Soundsystem, etc…). Obviously we had a lot of material to spread, and Lowup’s first release came in 2011.

In reality, I’ve been DJing for about 30 years. At first it was more like a hobby, and I started working as a professionnal in the late 90’s, along with my activity as a musician in several bands. Music took an central spot in my life, and it never really stopped.

CxC : You’ll be on stage for Dour Festival this summer, with Max Le Daron, one of the biggest festivals in Europe. What does it mean to you ?

It’s great because they spontaneoulsy asked to book us. This means that we do represent this scene in Belgium, and that Lowup’s work until now has paid, it’s delightful. And playing on the same stage than Konono n°1 is a big honour !!

Actually I was born and raised in Dour. The spot where the festival takes place was a playground for me and my friends, we used to ride our BMX’s in the 80’s. It’s certainly the festival in which I spent most of my time. I attended the first edition in 1989, I was on stage in 1996 for the first time, and also in 2013.

CxC : Your Summer Mix is very exotic (far from what we would expect from Belgium !). What were your influences ?

Most of my influences came from England, from the Big Beat, Acid Jazz, Trip Hop, 90’s Jungle and later Breakbeat et Garage. Beside that I always listened to a lot of afro-latino-caribean music. As a drummer I fell into the huge domain of afro rythms.

Africa and South America producing their own music today is a revolution, and this totally fits my desires and needs as a DJ.

I also like the idea that western artists are influenced by african music, and vice-versa, and that brigdes can be built, which makes it a global scene.

If I had to tell what is belgian in my practice and my influences, I would say « club culture », which is for me a belgian thing.

CxC : This year (and in 2015) MHD blew up on a PSquare sound, Wizkid made several featurings… As an expert, do you feel like Africa is coming ?

I’m not really a specialist, but Africa doesn’t need us to go forward in this domain.

There are so many high quality productions right now that we can expect to seen this music blow in the West, and I think that it’s actually happening. But here’s the other side of the coin : industrial twisting ! When you hear an afro beat with autotune voices on it, it’s hard not to have Maître Gims in mind, and it won’t help the audience to be interested in Wizkid for example !

But I have to admit that in France it’s different. There’s a long story with tropicalism, with zouk, many songs in the 80’s already sounded like afro-caribean tunes (like this, or several productions with Lavillier or Yannick Noah, LOL)

In Belgium we don’t have many bridges built with the Congolese diaspora, simply because Congo isn’t a big nation in terms of electronic music. West Africa is dominating the business, especially Nigeria.

Lowup is one of the rare actors to propose this kind of music.

CxC : Your last EP was A Slice of Bass. Since then you made several collaborations with Lowup crew, lately on Jabo’s EP Sonic Mizwid. What’s next ?

We have some projects in progress, a featuring with Gan Gah, and I’m thinking about releasing a new EP, but I’m not ready yet, so it might be in 2017…

I also would like to prepare a live set with LWP Soundsystem in 2017. 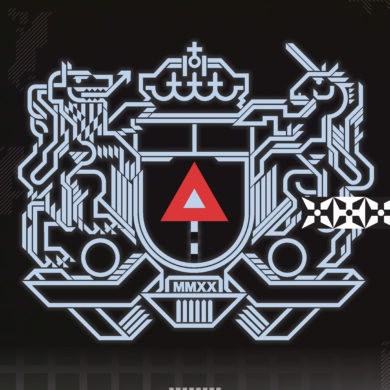