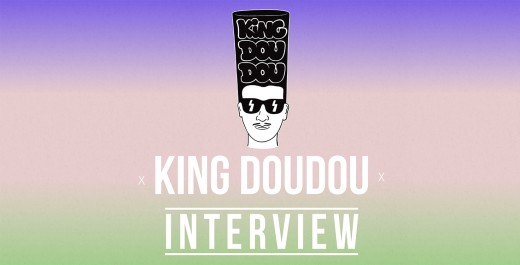 Interview with Douster aka King Doudou

You might not know King Doudou yet, but you must know Douster. I met the rude boy with his EP released by Sound Pellegrino at the time of the relatively discrete tropical house created by Teki and Orgasmic, back in 09. Since then, Douster has kept on working with its multiple source of inspiration and has released a good number of Eps, especially with Mixpak or Mad Decent, Diplo’s label which purpose is to promote music with afro-tropical roots in clubs. Interview with Douster, talking about his recent work with King Doudou, dedicated to a global, but conscious of its roots, music.

Couvre x Chefs: Are you considering King Doudou as a development of Douster or rather as another branch of your work? Where would you put this project in your musical development?

King Doudou: Let’s say that I consider this as a space where I can greater develop styles that where already a big part of my work. For instance, the Puerto de Palos mixtape with Zonora Point or the Dancehall EP Inna Style n Fashion that I had released on Mixpak in 2013 can be considered as King Doudou projects.
I have always made music with various styles, I am as fond of Dancehall as I am of Cumbia, Hip Hop, House, Jungle or commercial techno music, and the launch of this new project was more important as a cohesive approach as an artist, it enables more freedom while limiting creative scope.

CxC: The first release of King Doudou was a mixtape “Pa tu pelopincho” with the MC Marcianos crew from BsAs, how did this project start? Can we know more about those plastics pools!

KD: I met Marcianos last summer through a common friend. I was at Buenos Aires for a few months and I wanted to record with local artists. It was a good match and we recorded the mixtape in 2 or 3 days. I had a lot of instrumentals and he is the kind that writes really really quick so it wasn’t too hard. Regarding the theme, it was rather easy. It’s really hot in Buenos Aires and the AC in the studio was out of order, so it quickly became hell and we could only think about one thing: jumping in a pool. Over there, in the working-class neighborhoods, there are very few people with actual pools but they all have those blue plastics ones and they set them up in front of their houses or in the yard… It definitely part of the portenia neighborhood in the summer.

CxC: How was the connection created with the MC Marcianos Crew? He is one of the pillars of Argentinian Hip Hop from what we heard!

KD: As I previously said, I met Marciano through my friends from Zonora Point in Chile. He, indeed, has been rapping since the age of 15, but the Argentinian rap scene is very very very underground. Well, it’s just very different to what we are used to in France or in the US, or even in Chile to pick a closer location. There is no hip hop on TV or on the radio, not even US one. Most rappers are fond of the conscious rap of the 90’s and they oppose this to the danceable music of clubs, like Cumbia or Reggaeton. However, all this is changing and Marcianos is part of those rappers who doesn’t hesitate to rap on less serious themes and that’s what I like!

CxC: The mixtape is therefore very influenced by reggeaton and dancehall, what were the influences for this tape?

KD: Oh, it was a “pool party” atmosphere, so reggaeton, dancehall, rap. The idea was to do something like the Playero mixes from DJ Playero of Puerto Rico, but a little more chill and modern. I still used some very classic Dancehall riddims (the Hot This Year and the Bam Bam riddims). It’s the kind of Jamaican sound that DJ Playero used to mix with some of Puerto Rico or Panama Mcs that rapped on top of it. It led to the creation of Reggaeton at the beginning of the 90s

CxC: You are looking into new rhythms with King Doudou? Something like what we could read: “The search of a similarity between the south American Cumbia, the ivory Coupé-Décalé, the south USA rap and the Brazilian funk”?

KD: Obviously, there is still plenty to do, whether it is by looking at what is happening elsewhere, or by featuring with some of the people in the areas you mentioned. I try, as much as I can, to keep myself up to date on a rhythm side of things, and I will release a series of EPs leaning towards different part of the globe.

CxC: A first EP from King Doudou is coming up, including a featuring with the homies Dengue Dengue Dengue. Can you tell us a little more about that? What should we expect? Will there be other featurings?

First King Doudou’s mix : KDMIX1 with the tracks from his forthcoming EP !

CxC: We mentioned the Marcianos Crew of BsAs, but we had already followed your work with the chilian rapper from Zonora Point, James Manual for his solo EP, Agua. It was Mexico Naafi’s first release as an official label… How is the rap scene in South America? Do you have some hot stuff to share with us?

KD: Well, there is stuff for everybody. I think it really depends on the country, with for example Panama or Puerto Rico which have a US culture and follow today’s trends. But if you go more south, in Peru, Boliva, or Argentina, it’s not a mainstream rap, you see more Reggaeton or Cumbia which are the most popular styles. Ovbiously, underground there are a lot of cool stuff. Here is a few links for different style of musics 

In the instrumental beats style, almost Detroit but in Buenos Aires: Rockfeller.
In the over-coked trap, Chileans are good, with C.A.S.O, Marlon Brezze.
Finally, in a more relax style that I like a lot, the Brazilian DON L.

CxC: Can you talk about your experience with ZZK crew?

KD: So, I met Grant (the label’s creator) back in 06, I was living in Buenos Aires and I was remixing Cumbia on southie rap and oppositely. He relied to that straight away and I mixed at one of their party. It led to a series of featuring and tours with Chicos. I didn’t release much on the label apart from a prehistorically inspired EP “Triassic” and a few remixes. On their side, they quickly focused on creating an Argentinian digital cumbia and I feel like they succeeded pretty well.

CxC: We have already mentioned ZZK, Dengue Dengue Dengue or even Naafi… Is there another team which you would like to work with or that you just find hot? Whether it is in the digital cumbia, tropical global bass or not!

KD: There is a lot of stuff. Lately, I have been listening quite a bit of Mahraganat, an Egyptian style strongly leaning toward autotune and it’s starting to make a name for itself in Europe thanks to Cairo Liberation Front. There is also Rinse, who sent a crew of Englishmen to record with local MCs and I feel like it’s working really well. Mumdance created a mix with it. I like initiatives that mix different styles of music, different worlds. I would like to mention labels such as Akwaaba that is creating a lot of bridges with West Africa or Man Recording which was one of the first to find Brazilian Baile Funk.

CxC: You were in Latin America this winter. When you are there, what do you do with your time? What is your favorite thing to do?

KD: Oh I won’t do much different, I like the big cities and Buenos Aires at this time of the year. I have a lot of friends that are creating stuff in a lot of areas. It inspires me and leads me to creating a lot of music. What I like the most it to soak up the rhythm of this place, go further than the landscape, people, to feel things as a whole. I try to understand how the place works. It’s a little abstract, but that’s a feeling that I like.

CxC: At parties, what did you play most? Does it depend on the country, the type of event? Do you prep a set in South American differently that how you would for one in France?

KD: Indeed, it depends on the type of events. If I am mixing in a house party I will not play Cumbia haha. Actually, it does happen, but I try to stay in the theme of the party. However, there are a lot of parties that happened the last couple of years which are promoting local genres experiments and it’s in this kind of parties that I will play my more hybrid tracks. The principal difference with France remains the freedom spirit where it never stops. There are a lot of little clubs, random house parties, and a lot of ways to have fun.

CxC: What is next with King Doudou? More travelling to come?

KD: I haven’t quite yet decided but it’s obvious that I need to go to Jamaica sooner rather than later. After that, I would like to go discover places that I don’t know at all like South Asia. I remember a friend brought me back a Cambodgian pop cd and they sing with a really low pitch voice and a lot of quavers. It sounds like the Peruvian Huayno style even if I doubt that Andes Indians went to Combodgia and vice-versa!

CxC: The final word? An anecdote?

My anecdotes are too long but to keep on having fun and to stay curious on what’s happening around the world, that’s what’s most important !

BONUS : King Doudou gave us some really cool drawings from the Argentinian illustrator Ivan de Quilmes with whom he has been working on a few visuals. Those drawings represent some turros, turras, a Gauchito Gil in a style leaning towards tumbero tattoo and are available in the slideshow bellow.

A couple definitions, for you, Couvre x Chefs reader, written by King Doudou himself:

Turros (male)/ Turras (female): That’s what, I believe, is called an “urban crew”. Young people from the working-class neighborhoods that listen to cumbia, wear rather colorful sports gear (fake Lacoste and Nike shox mostly), have football player’s hair and a whole bunch of piercings. Turras are the female version who only have fringes and wear leopard or fluorescent leggings. It’s the very young public in the cumbia clubs. I believe the trend was launched by the wachiturros. They called it cumbia turra, the rhythm is faster, kinda like reggaeton and there’s even a special turros dance.

Gauchito Gil: He is the most popular Argentinian saint that everyone is praying to. At the beginning, he was a gaucho persecuted by police that became kind of an Argentinian robin hood. I can’t quite make the distinction between what’s true and what’s part of the urban legend.

Tumbero tattoo: “Tumba” is jail. Therefore, it’s a prison-like tattoo style, very basic. The most famous is the 5 dots (one robber circled by 4 policemen, or one robber between 4 walls. There are a bunch of meanings). When there are names, they are usually between quotation marks. It’s usually done quickly and poorly. 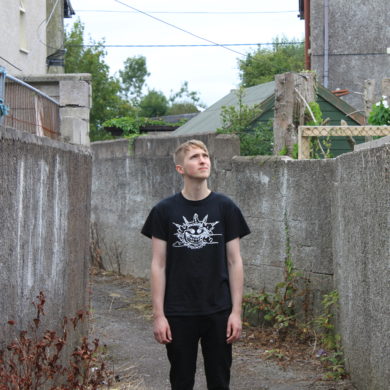