A history of Reggaeton. (Part 2)

Part 3 “Puerto Rico and the “Música underground”. From opposition to commercial success.”

If Panama plays an important role in the definition of the Reggaeton sound through the development of reggae in Spanish, its history wouldn’t be complete without a little detour to New York. The city is home to one of the country’s main Latino communities. In 1970, ‘family reunification law’ eased entry requirements for close relatives of individuals residing in the USA. The Latin American population grew a lot: from 9.1 million in 1970 it rose to 22.5 million in 1990. A huge and promising market for music in Spanish or at least Latin-inspired. An eldorado about to find many afficionados.

New York is the third-largest Latino community in the United States. In the early 1960s, eighty per cent of New Yorkers who identified as Latinos came from Puerto Rican families. The ‘Nuyoricans’ (contraction of New York and Puerto Ricans) are settled in East Harlem, known as ‘Spanish Harlem’, in the Bronx and Brooklyn. Following the revolution of Fidel Castro, an important migratory flow coming from Cuba enriched the Hispanic community from New York. From this linguistic and cultural proximity emerges Salsa, a hybrid of Afro-Cuban and Puerto Rican music. True fruit of syncretism, the genre becomes in the USA the symbol of a Pan-Latino identity. Its reign would only last a few years.

At the turn of the decade, this musical identity rooted in the folklore of Antillean origins failed to account for the complex identity of the new generations, born in the USA, definitely continental, urban and cosmopolitan. The genre was neglected. While the Bronx burned to the rhythm of insurance scams, the second generation of young Latinos contributes, alongside African American youth, to the birth of Hip Hop. Puerto Ricans were the forgotten ones in the history of the urban subculture. Their role during the years of formation of the movement was nontheless fundamental. According to the author Deborah Pacini Hernandez, at the turn of the 80s, as the movement became more democratic, Latinos were gradually excluded from a culture that is now systematically portrayed and sold as purely and strictly Afro-American.

It is perhaps in reaction to this kind of excommunication that a new musical genre appeared at the same time in the streets of New York. Obviously Latin, the ‘Latin Freestyle’ and his love songs powered by 808 breakaway beats borrows as much as it claims its difference with Hip Hop. Their stylistic origins were the same. The synthesizers, the bass lines kraftwerk ways, the programming of the drums machines are those of electrofunk. In the 80s, hip hop is getting more and more politically engaged. Its narrative works to portray with realism sometimes raw life in the margins of a racist country. In contrast, freestyle promotes light themes, similar to those of pop and Disco of the time. Songs in english, quality production and dancing beat ensured the genre a rapid rise in the charts. In the early 90s, the genre was running out of steam, leaving a vacant place.

The links between the Puerto Rican diaspora New York and the island is close. In the 80s, the Hip Hop culture arrived in Puerto Rico where it took the name of ‘underground’. For Raquel Rivera, author of ‘New York Ricans from the Hip Hop Zone’, the echo of Hip Hop in Panama is not surprising. While the island proudly claims its status as a ‘racial democracy’, part of its population, particularly the Afro-Latinos, was obviously suffering from a lack of representation, listening and material comfort. Affected in a similar way by issues of race and class, the Puerto Rican youth embraced the emancipatory narrative of Hip Hop. For a generation of young Puerto Ricans, Nuyorican culture is becoming a symbol of modernity. As Professor Juan Flores notes, “while traditionally the translocative Puerto Rican sensibility is characterized by the nostalgia of migrants for the lost beauty of the distant island, in some rap lyrics and among the youth of the street, it is now the urban context of the diaspora, that of the Bronx and El Barrio, which became the new place of fascination and nostalgia. “

Let’s go back to reggae and the story of our famous loop as Wayne Marshall tells us. Everything starts like this. In 1989, Steely and Clevie, two of Jamaica’s leading reggae and dancehall producers, produced the title Poco Man Jam for the artist Gregory Peck. The title refers to Pocomania, a Jamaican Afro cult that includes percussion. Poco Man Jam is the first stone of the reggaeton beat, the alpha version of the loop. For the first time, each measure of the riddim is marked by a kick, a regular beat, dancing, punctuated by out of time snare for a lame and bouncing result. You hear the ‘boom, thchak-toum chak-toum ..’?

In the same year, a second riddim is built on the same model. Bobby Digital Dixon, another Jamaican producer, produces the Dem Bow title for Shaba Ranks. Yes, Dem Bow like ‘dembow’, and for good reason .. The piece is a success in Jamaica. Translated literally Dem Bow means “he is bending” .. Often criticized for his explicit homophobia, Dem Bow contains in substance the rhythmic figure according to which will be defined in the coming years the reggaeton. More than its theme, it is primarily dynamic percussion that seduces.

In the early 90s in New York, the Spanish reggae of Panamanian artists such as Nando Boom or El General was gaining popularity among the Spanish-speaking community. Some Jamaican producers established in the city began to collaborate with Panamanian vocalists. The idea was simple, translate the Jamaican histories of the moment and meet the growing demand for reggae in Spanish. Of all the adapted songs, Dem Bow by Shaba Ranks is undoubtedly one of the most popular in the history of reggae-dancehall in Spanish. Just a few months after the release of the song, several translated versions are already in the making. Among these, ‘Ellos Benia’ by Nando Boom will play a major role. Produced by a certain Dennis “The Mennace” Thompson, the track is a ‘relick’ of Dem Bow. Reproduced in the studio, timbales forming a clave which are a characteristic of Latin American music are added to the riddim. The basic brick of the reggeaton has just been molded. A few months later, Denis’ relick is again used by two other vocalists, Bobo General & Sleepy Wonder. On the b side of the disc is an instrumental version, blank and ready to be use. The rhythmic pattern is about to travel.

Partie 1 “At the beginning: the Reggae in Spanish”.

Part 3 “Puerto Rico and the “Música underground”. From opposition to commercial success.” 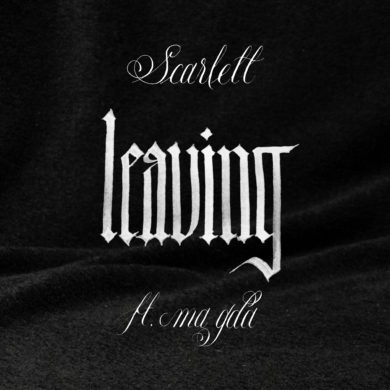