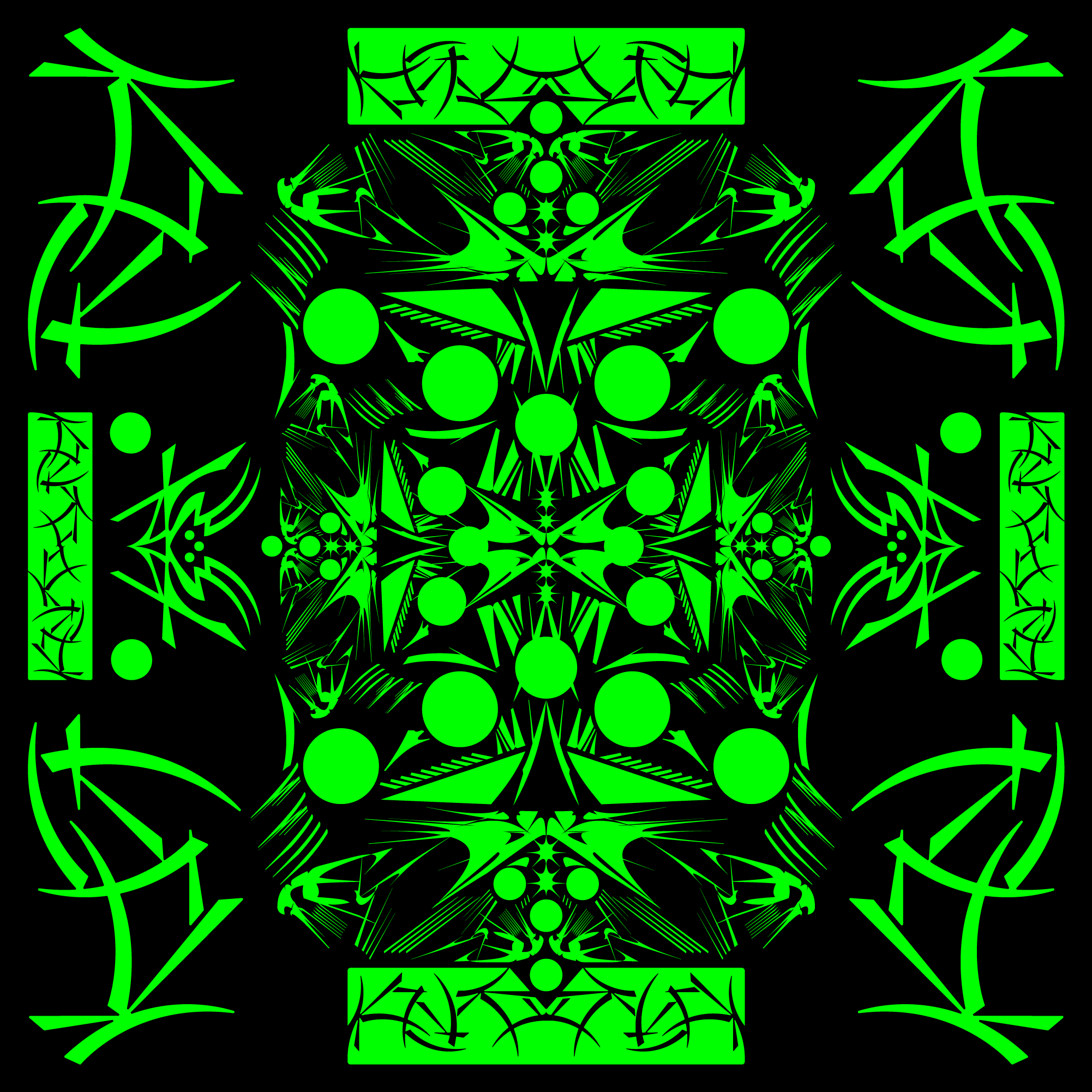 It feels like it is a transition moment for experimentation in electronic music. The most exciting electronic music projects from the past few years have displayed the image of someone tweeking a giant modular synthesizer for immersive acts that show an hybrid understatement of the agitations of our contemporary virtual-influenced world..

It’s not a surprise that Aphex Twin have understood this, in his latest shows from his North America tour he played music from artists like Tomás Urquieta, Naked and Le Dom. It was unexpected but it made sense; the provocative and contemporary nature of this projects fits perfectly with the brainy experience of his livesets. One of the most emotional moments in his particularly aggressive Mexican debut was when he played an extremely violent and shattering tune in the first part of the show.

That tune came from Krolik, an Italian producer from one of the most futuristic and forward thinking collectives which are re-shaping the ideas behind sound experimentation, club music and harsh electronics: the Milan-based record label HEEL.ZONE.

It’s easy to get overwhelmed by the detailed and meticulous attention put together, that recurrent collaborators Krolik, Gold Elanor and Kuthi Jinani have created in more than 17 releases from the heel.zone catalogue. Going between jungle, hardcore breaks, dark ambient and sound environment experimentations, each release is a breathtaking experience where they articulate the complexity of sound in a dirty and unpretentious way.

The upcoming release from the label and Kuthi Jinani’s latest EP “Mocking Catch” is the perfect example of the aggressive and hybrid nature of the heel.zone universe. Influenced by eco-grime, harsh-bass and aquatic motifs, Kuthi displays his distinctive style on sound treatment in the five tracks from the EP, resulting in a collection of experimentations on acousmatic music, post-apocalyptic sound environments and intense mutant club bangers.

“Mocking Catch” Is complex but organic, and you can’t really tell what’s happening until powerful layers of dystopic sounds hits you up. It is music that you can easily feel attacked by but it still results in a feeling that is impossible to ignore and that you might even enjoy, just like an Aphex Twin show. This post-human music environments and mutant sound explorations have been displayed in a likewise extreme way by artists like Agustín Genoud, Sergey Kolesov and Pablo Verón in Argentina and the duo 011668 & S280F from Los Angeles at the other side of the Atlantic.

But heel.zone is far from being just a record label. The harsh aesthetic exploration of the collective extends to their visual work. Designer and co-founder Gianluca Lonigro (who also releases music by the Giangle moniker) has already built a strong visual identity for the label and created more than 20 different artworks for the visual identity of Kuthi’s release, alongside several interactive heel.zone webpages and all the artwork for their physical releases.

Heel.zone is a dynamic multidimensional project that portrays one of the most contemporary experiences on electronic music experimentation, their sound and design explorations display a futuristic movement that highlights mutability and intersectionality.

In commemoration of his upcoming release, we asked Giancarlo B. aka Kuthi Jinani about “Mocking Catch”, Aphex Twin playing heel.zone, and the challenges of creating an alien soundscape.

César Ch: Why this EP is called “Mocking Catch”? Can you tell us more behind the idea of the ocean of uncertainty addressed on the release website?

Kuthi Jinani: The mocking catch is the tragic realization of time waste and lack of meaning in things, death and effort, pleasure… under this view humans can just build their safety on knowledge desire and peace… but of course it sounds more like a bitter mock than a way easy to embrace. By being led by detachment and consciousness you develop the ability to navigate this condition, enjoying its meaningless joke and expanding your wisdom.

C: Heel.zone has already a vast catalogue, why was important for you to release “Mocking Catch” on vinyl specifically?

KJ: The HEEL catalogue is our still young vinyl series and we are printing in first place materials from the crew, which have been slowly developed and matured in the months needed for the complete production… We keep it agile and fresh on digital releases, but we still need to work on something more substantial.

C: How do you embrace chaos and complexity into your music without getting overwhelmed by it? Would you say this is a distinctive mark on heel.zone releases?

KJ: Chaos has been the main entity influencing almost every approach I’ve ever had with music, from the early post-hardcore-noise interests to the huge ocean of internet sound contents. My personal research is usually led to catch “pieces” from the global content vortex, digging for their very symbolic and primordial memory of the ancient chaos, trying to show and discuss their contemporary meaning and interpretation.  Chaos pleases human infinite curiosity with his infinite faces speaking infinite languages and asking infinite questions, which makes necessary the try to explore at least a bit of it. All of this is usually linked also to a huge post-human chaotic dimension which i really feel more of certain future than a remote option.

Heel.zone instead is a far more opened record label, with a recognizable interest in chaotic experimentation in all music fields, but not totally rooted in such obscure dimension.

C: What’s your favorite Aphex Twin record? Do you think that the harsh and mutant style of your label lead him to play some of the heel.zone music his live shows?

KJ: After years of teenage extensive listening i think i only manage to really listen and enjoy his most violent sides, stuff from Caustic Window, or the breakcore-jungle influenced works (like Cock / Ver 10 in Drukqs), but it’s a too huge discography to choose … but of course I know that this dynamic harsh-style is what has made the H.Z catalogue somehow appealing for every potential mutant and mutable extreme records digger.

C: The artwork of “Mocking Catch” and from every release of heel.zone is pretty immersive and an accurate graphic description of the collective’s music. In that manner, how important for you are the images that go along with your music?

KJ: The whole project has been founded on a strong visual approach, and almost all of these explorations are led by Gianluca, who created the green-footed brand and kept his evolution strictly linked to our sound production. Even if music is still the real “heavy” content in every production, it’s fun to push the design side on crazy paths like Mocking Catch’s sleeve packaging.

C: Tell us about the track we’re premiering today “A LIL POISON”

A Lil Poison is the second track of Mocking Catch. It has some of the most aggressive and noisy basslines and percussions you’ll ever hear on an arguably club track, Kuthi Jinani takes hard drum to its latest consequences and breaks the boundaries of extreme sound design applied on a dance track.

Mocking Catch from Kuthi Jinani will be out May 10, 2019 on vinyl and digital release at heel.zone bandcamp. 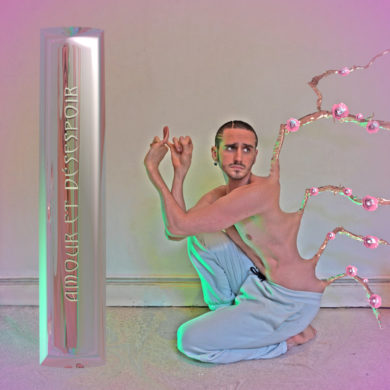