The Original King Doudou announced it, this project is oriented to “Rap / Dancehall / Cumbia, and everything in between.” After a first EP last year, the KD Compil # 1, focus on cumbia and electronic experiments, our favorite (inter)national sorcerer presents a second coat of wax on the decks and delivers …

On the menu of this compilation: three new tracks and their versions (understand here instrumental versions). We start with Cumbia de la Verdad, a small transition with the previous EP from King Doudou that was a pride to cumbia, and highlighting the similarities between these two music (reggae and cumbia). The guest of this track is none other than the unavoidable producer and singer Paco Mendoza, invited to sing on this track.

Then, the adventure continues with the Reggae Mix from King Doudou Two Words, original song from reggae/dancehall artist, Canadian born but raised in Jamaica, Face-T. Doudou King revisits the classic Face-T with a much more electronic production than the original, adding a heavy beat with it that is very welcome and a stroke of genius, placed in the use of autotune on the vocals of Face-T. A new version that gives resonance (in every sense) to the speech from Face-T, and therefore, we hope that the message arrived to the Prime Minister’s ears.

What follows is Empty Pockets, feat. Steven Deh Ooh, reggae singer based in Lyon. The riddim of this song is very influenced by the Sleng Teng Riddim, mostly used in the classic dancehall track from Wayne Smith Under Me Sleng Teng.

A tribute to the Jamaican music and visual culture

This is very common in the dancehall and reggae, to use an existing riddim in order to compose a new track. The riddim in Jamaican musical culture, is the instrumental part of a song, often composed solely of drums and bass. The title Empty Pockets and Steven King Doudou Deh Ooh therefore uses this reference to the original Jamaican culture using a famous riddim. For those who want to go further, the mixtape King Doudou and Marciano’s Crew Buenos Aires we were talking about here also use some popular riddims like Bam Bam riddim in the Pelo Pincho track.

The EP by King Doudou has the originality to include versions, a term referring to “instrumental versions” of the tracks, so without the singing. This process is also a characteristic of the Jamaican culture, it’s very common to find a vinyl side A which is a track that is sung, and whose side B is the instrumental track, “version”. We also find this custom in the origins of rap, where you can even enjoy a capella version (showcasing the importance of flow and phrasing in rap). Electronic music is not left out, and I want to emphasize that the french label Sound Pellegrino accounts certain outputs on which we find the original title, the instrumental version, and the a cappella. These processes therefore favor the remix culture, bootleg, the edit … short, the DJ culture at large, since they are left with all the parts needed to compose new tracks with pre-existing elements.

A third reason Worldwide Arena is a splendid project in reference to the Jamaican culture: the visuals of the EP signed by Cool Carliff. Although less obvious that the artwork project Inna Style N Fashion released by Mixpak and produced by Douster, the visuals for Worldwide Arena seem to draw good references to the work of the Jamaican Wilfred Limonious illustrator, author of innumerable pockets of Jamaican LP 80s and early 90s Wildred Limonious who is famous for having left his style close to “cartoon” resolutely comic and geometric, the visual world of Jamaican music culture. When visual culture and good music speak for each other and operate together so wonderfully, it’s great. The first EP by King Doudou was already a beautiful tribute to the cumbia, musically, aesthetically, we remember the incredible poster made with screen printing (available in the physical disk limited edition!), Referring to the events of cumbia Peruvian chicha. One day I will talk about the visual world of Mexican Sonideros … someday. 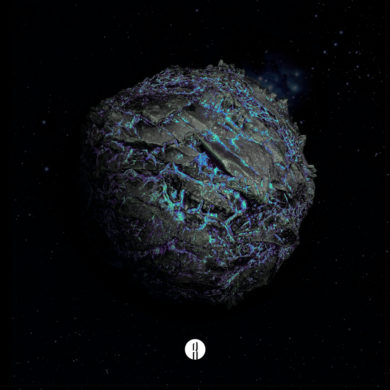