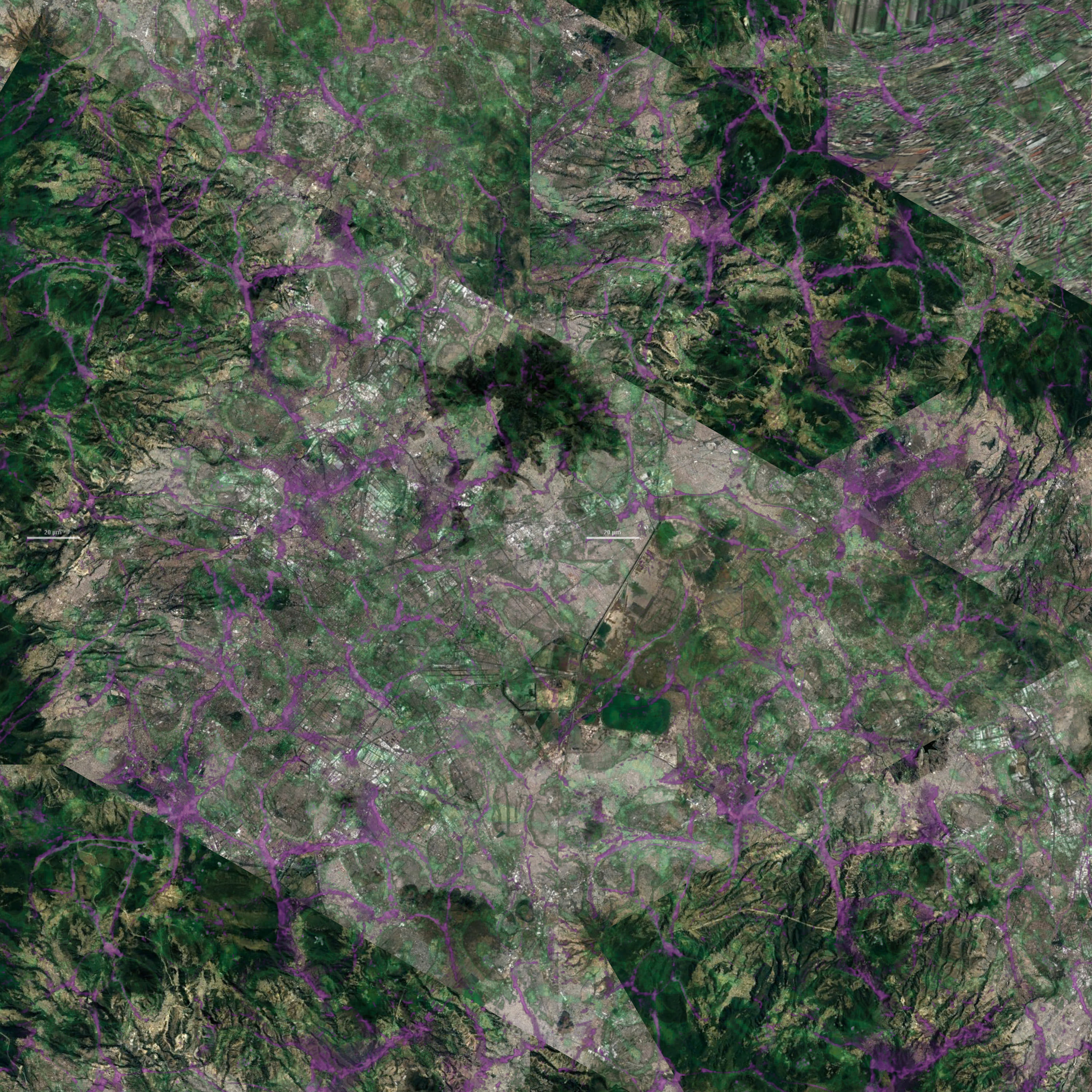 Coming from The State of Mexico, Bryan Dálvez is a producer and a visual designer. His current musical project as El Irreal Veintiuno has led him to consolidate a provocative style within club music; hybridizing, reclaiming and evolving peripheral rhythms from an insightful and euphoric vision. Influenced by the syncopated rhythms of Mexican-tribal and dembow, exploring the cadency of grime and hardcore music, the forcefulness of his work materializes in an autobiographical energy that explores new possibilities between Latin music and contemporaneity.

After having collaborated with several local Mexican imprints and releasing a wide number of self-releases developing a turbulent style with his music, ‘Poliformo’ comes out as Bryan’s most groundbreaking project as El Irreal Veintiuno: it’s an exploration on eerie ideas about intense memories and emotions. An inciting reconstruction of the contemporary Mexican soundscape that uses a conjunction of harsh sonic textures and powerful sonic environments in order to create a post-ritualistic tribute in remembrance of ancient and forgotten music, integrated into a collection of six provocative tracks for the most forward-thinking dancefloors.

With a dystopian ambience and hypnotic melodies, ‘Poliformo’ is a futuristic techno track with a tribal guarachero drum palette and a hard dance influence. A schizophrenic atmosphere powered by heavy-bass harmonies, makes ‘Colapso’ a cybershamanic dance ritual. The trance-inducing vibes of the whole EP explode out with ‘Yuto Nahua’, a post-tribalistic cut that leads an ethereal and haunting melody to ecstasy.

The complexity that Siete Catorce provides on ‘Apofenia’ erases the possibilities of any given approach; traces of juke, cumbia, tribal prehispánico and hard-dance collides into a multi-faceted banger with an over the top composition. ‘Ayer En Tlatelolco’, the most aggressive track from the EP, explodes in a similar way, including several drastic tempo changes and a crushing sound-palette. ‘Nahualli’ (that doesn’t appear on the final tracklisting) is a narrative cut that comes from rooted memories and mythological imaginaries, is El Irreal Veintiuno reconstruction on prehispanic inspired music.

The whole EP marks its way as an astounding experience inspired by an agitated musical context. It’s a detailed realization about cultural conjuncture and how can take unexpected forms and expressions. An overwhelming exploration of ingrained feelings about tradition, anger, anxiety and unity that took a lifetime to be narrated.