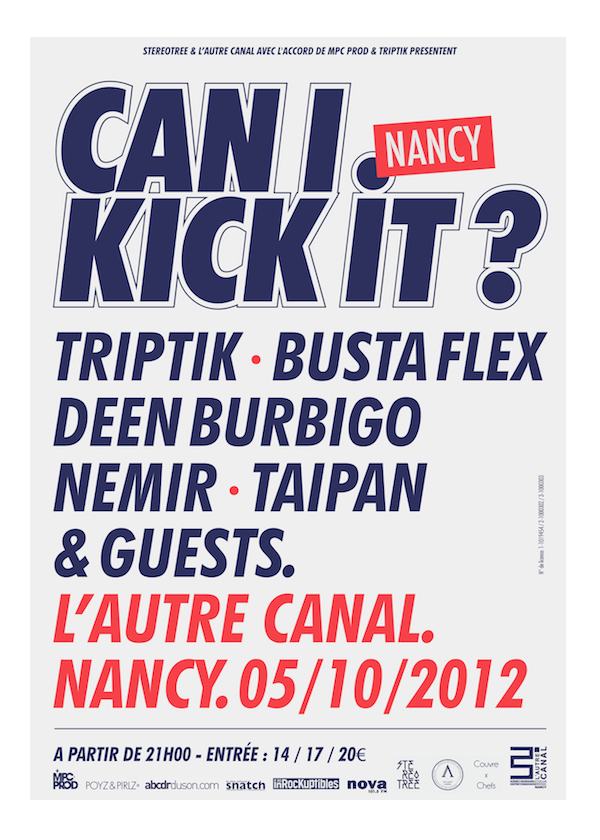 The show kicks off with Némir, who brilliantly heats the crowd up. He fastly plays his tracks, accompanied with two acolytes from his Next Level Team boosting the chorus. We heard then his collaboration with Deen Bubirgo, Ailleurs, which absolutely unleashed the crowd there. Nemir finished his show up with some freestyles and impressive technical punchlines.

The second show-man of the night was the regional, Taïpan, with his slow and heavy particular flow supported by great instrumentals. Alone on the stage, Taïpan made a great performance, undertaking his role of being the local showman.

Deen Burbigo, L’Entourage‘s front liner, then landed on the scene. That guy is self-confident, and he can be, seen the work. He gratified us of some of his recently released EP Inception, accompanied this time by his man Eff Gee, doing the backs. We also heard some of L’Entourage classics, like Hail Mary Freestyle. Deen invites then Travis Brickman on scene, Beatmaker from Nancy, who producted some of L’Entourage’s instrumentals, including the Eff Gee hit L’Effet, who interpreted the song later (and we grabbed it). Deen Burbigo ended his show with the track Roule, which somewhat gave the tone for the progress of the show.

Arrives then Cassidy, from the X-Men a legendary french rap crew from the 90’s. It’s a real luck to host this showman on the Autre Canal’s scene ! The great Cassidy kicked for us some of his most famous tunes from the X-Men, as some new great productions. To be continued !

Then came the great performance from Artik, a young man representing the artistic crew Noircity. Due to technical issues, he had to kick his performance with some impressive acapella freestyles, which actually testified the homie’s level. Once the problem was resolved, he and his dj played some crazy songs which pulled the pressure up in the crowd.

Finally, the long-awaited Triptik guys landed on scene, for the fans’ pleasure. Major in the french rap game, they displayed an incomparable level in this Can I Kick It ?, so such by their performance’s energy than from the tracks’ quality. The three knights performed the chorus and verses which made them famous, like Panam and its remix, with some tunes from their last EP Depuis. They were long-awaited, and we weren’t disappointed. Triptik means three. Drixxxé, Greg’Frite, and Dabaaz, a thrilling trio !

The show therefore ended with the traditional freestyle session, ran by all the MCs gathered on the scene, which testify of the good mood of the party and the joy the performers had by kicking their productions there. Such a show wouldn’t have been possible some years ago, and this is really cool !