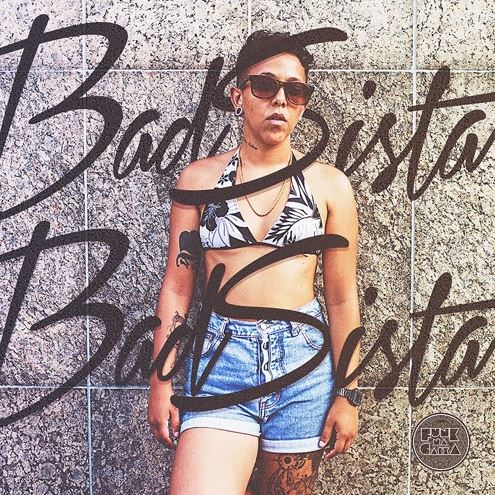 A few days ago, we presented to you on Couvre x Chefs an edit from Branko of Na Madruga, single from Bad$ista. This pseudonym belongs to Rafaela Andrade, a 21-year-old producer from Brazil, about to become unavoidable (besides being one of the rare women of her domain). Fervent defender of national music (baile funk among others), she also brings in her productions other tropical rythms (dembow, dancehall), urban influences (trap, bass), and darker sounds, found in the frenzy of São Paulo. The result of this recipe? Her first eponym EP, released a few days ago by the record label Funk Na Caixa. The first track, featuring the rapper Lei Di Dai, is quickly followed by a bunch of five, finely produced, hybrid club bangers.

If you’re not convinced yet, check out the topic made by Thump (in portuguese).