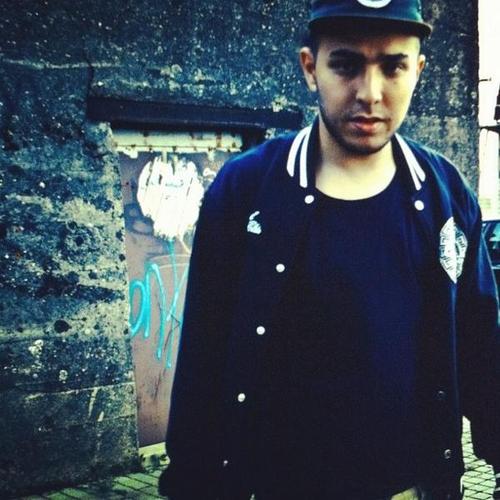 After a detailed analysis of his recent projects through various articles, we had the opportunity to interview the producer (and not the beatmaker), Ikaz who just brought out his new disc : Na$ty I$h. Young activist, the homie’s experience is self explanatory. The density of projects to come leads allows us to assume a certain well-being of the different parties in the french musical scene… as well as the north american one.

My music came thanks to listening the other’s talent. (Ikaz)

CxC / Hi there Ikaz ! To start with, what caps to wear today ?

CxC / Can you introduce yourself to our readers who could have missed this or that ?

Ikaz / I’m a music composer, 22 years old. I don’t like the Beatmaker word. I’ve been in making music for a few years, I started at high-school, and here i am today…some projects like She’s over the world (EP), 10DAYRMX with Chance The Rapper, and more recently Na$ty I$h, my last release whom i’m very proud.

CxC / How long have you been making beats ? We discovered you with that EPShe’s over the world, released in last december on Trueflav...

Ikaz / It has been 8/9 years man. I started with Groove Ejay, a software from the time you had to assemble the musical boxes, and there was some techniques to create those by yourself, but only a few people knew.

CxC / How did you make it to beatmaking ?

Ikaz / Beatmaking ? I don’t know about that. My music came thanks to listening the other’s talent.

CxC / You’re part of the current school, regarding the production. Do you feel close to guys like Soufien3000 ?

Ikaz / Not that much. Each has his style.

CxC / How did you get this type of spatial beat ? Who’s your reference ?

Ikaz / I don’t know, in fact I feel the music inside me. Like, i’ve always had this quote in mind, which i often share on my Twitter account : I don’t create beats, they are already written in my head. I think this means everything. My music references : Robert Glasper, J Dilla, Flying Lotus… At the moment, nothing to do with this, but i like Jesse Boykins III.

CxC / Talking about Soufien3000, who released some famous instrumentals on the well-knwon A$AP Rocket mixtape, you too collaborated a lot with americans ! How did you connected with these guys ? I’m especially referencing to the project 10DAYRMX in collaboration with Chance The Rapper, or D.O.P.E with Nadlege, which was published by 2DopeBoyz…

Ikaz / Twitter ! That’s the new communication mean ! I started with an artist, and then an other guy who was interested in my work, and now a few other collaborations are coming. That’s cool, because i take pleasure by making beats. What else ? Chance was via Vic Spencer, his friend with who i work a lot. And Chance’s manager gave me his acapelas, and i was like Why not ? ! And apparently Chance liked the thing, and shared the work on his twitter a few times. And about Naledge, he collaborated on a track with Sulaiman, and then with Vic Spencer on my beats, and i asked for his mail afterwards. Anyway, they are more approachable than we usually think…

Rick Ross […] that’s the man who’ll get me rich by releasing a soulful instrumental ! (Ikaz)

CxC / What was your favorite collaboration ?

Ikaz / I can’t say…Wether in France or the USA, there are many quality artists who I’ve worked with..

CxC / Let’s imagine someone calls you for a collaboration, and it gets you crazy. Who would it be ?

Ikaz / Rick Ross… I don’t mind, because that’s the man who’ll get me rich by releasing a soulful instrumental !

CxC / We saw your first EP was released on Trueflav, your project 10DAYRMX was released on Noircity, but you also worked with the crew Jay Fly, of which we are fan. What about Jay Fly ?

Ikaz / Jay Fly that’s my familly ! I’ll drop an heavy project soon, by the end of the year, on Jay Fly Muzziq. And an EP with Leon, an artist from this crew. If God wills it.

I don’t create beats, they are already written in my head. (Ikaz)

CxC / Last month you released a new EP on Truflav… Can you tell us about that, and about your coming projects ?

Ikaz / I’m very proud of Na$ty i$h. Artistically speaking, and talking about the production process, i really worked hard on it, i did what i like, with no boundaries, and the result looks like me ! On the 31 of October, SPENCE ETHIC with Vic Spencer, will be released. An album i entirely produced. A few artist from Chicago will be featured on it. I can’t wait this shit to be released. And to finish with, by 2013, an album with Michael Anthony, a soul singer from Chicago, may be released too. I already have a few tracks…

CxC / To finish with, we know you’re in caps too ! Tell us about your collection, your favorite brands…

As you might have noted, a few things are coming right now, at the same moment. I wish i’ll be courageous ! In any case, thank you for this interview, it’s always a joy to answer your questions ! See you soon

CxC / Thank you for all, that was a real pleasure. Good luck for your next projetcs ! Lowrider Music man !