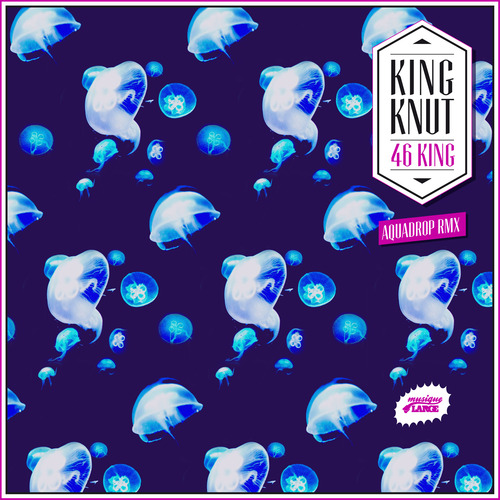 The neat team from Musique Large has just dropped its 12th release ! Straight after the excellent Cascade EP from Baron Rétif & Concepción Pérez released last June, it’s King Knut‘s turn to get its work published on the label.

Noticed for his productions on Foreign Beggars‘ discs (Don’t Dhoow it, on the album United Colors of Beggatron, later remixed by Machine Drum), and his presence at the side of The XX when they debuted, the Norwegian releases 6 delicious beats, as such eclectic as refreshing. Aquadrop’s remixing the hit A Lil’ Soul and nicely concludes the EP.

The most attentive may have noticed the exclusive presence here of 2 tracks from 46 King on the Couvre-Tape mixed by Fulgeance for us a few months ago, still available for listening here.

Note the amazing music video of A Lil’ Soul, executed by Pierre Thyss, whose work for BR&CP had been published earlier right here.