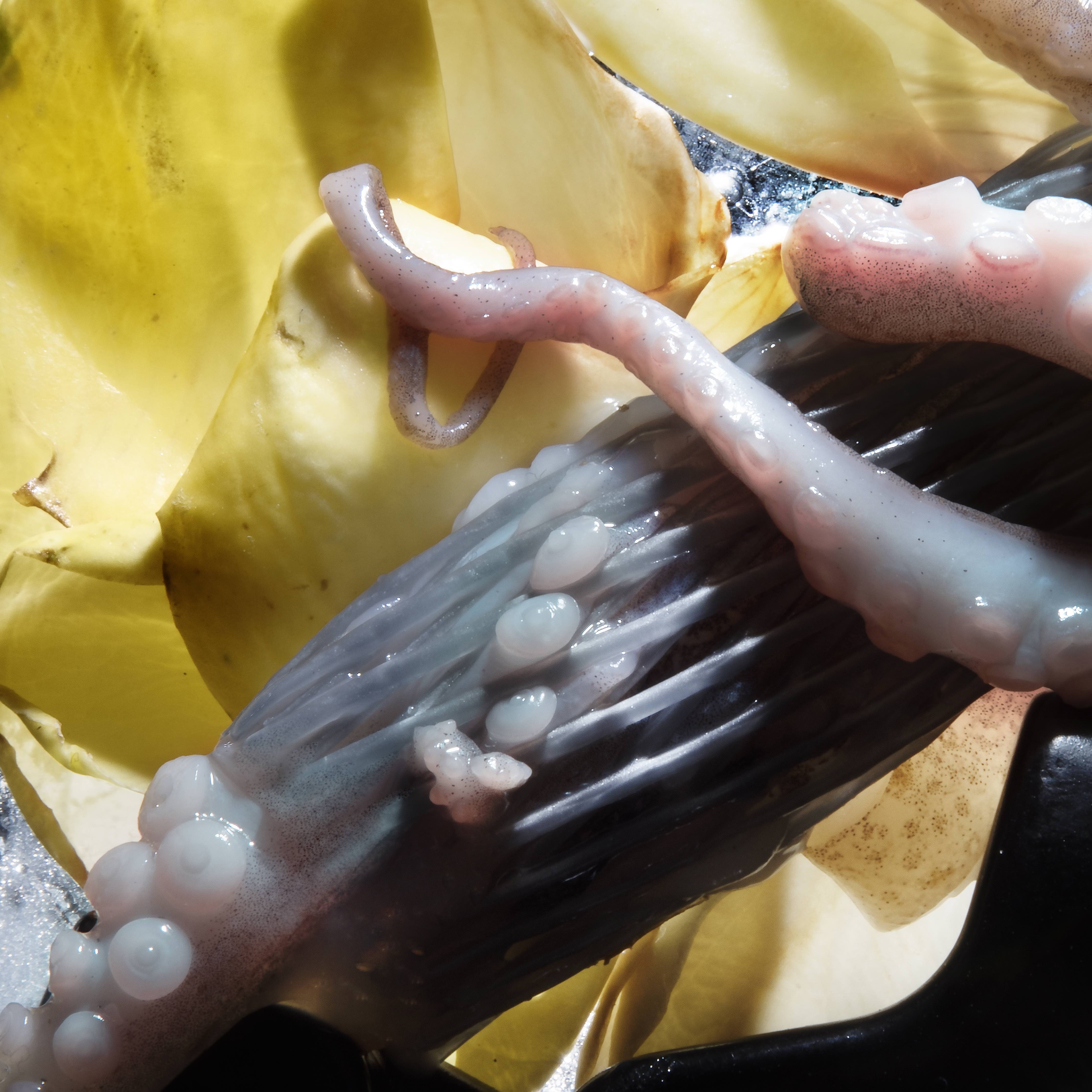 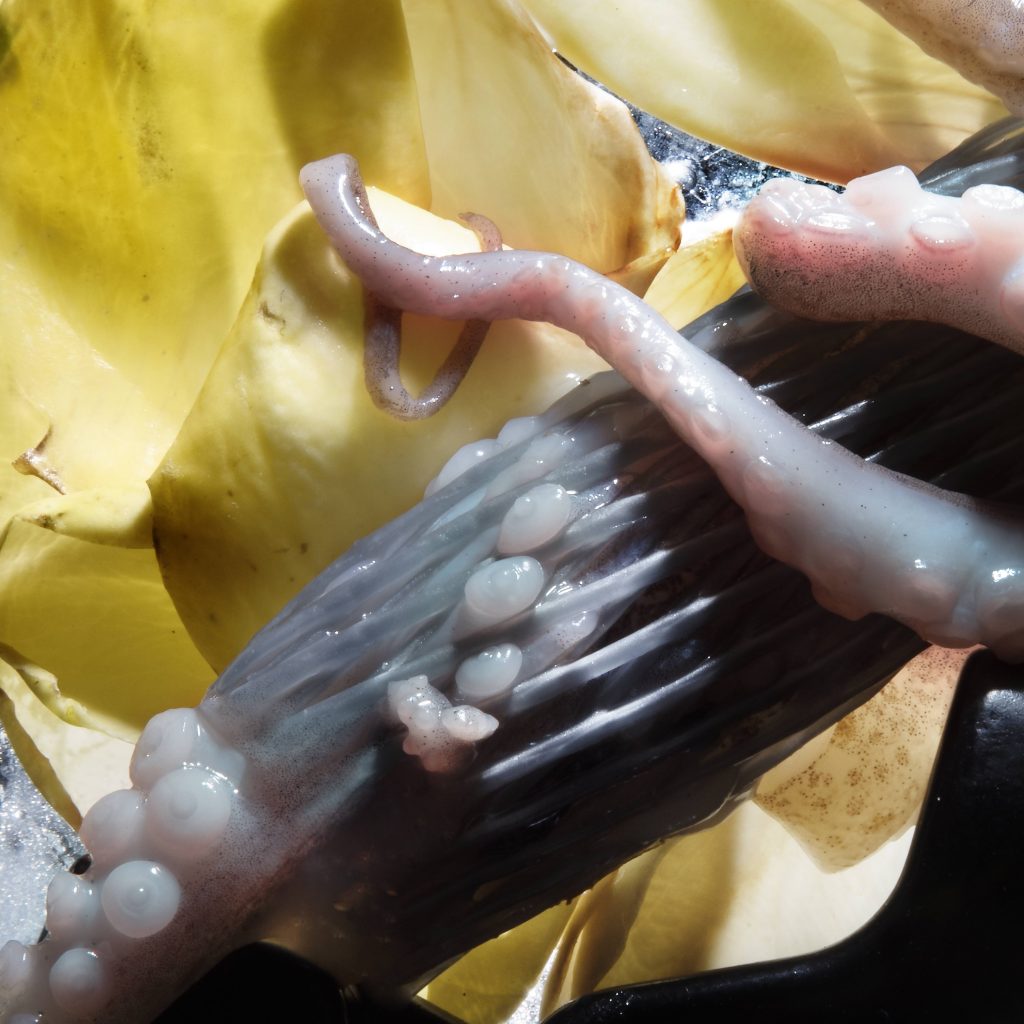 Part of the artwork made by Brian Ojeda x Lechuga Zafiro for Aequs Nyama Remixed.

Aequs Nyama is an EP from Lechuga Zafiro released in 2015 on the label he co-founded with Pobvio: Salviatek. The ambitious proposition of the Montevideo-based label/party immediately caught our attention. The sound defended by Salviatek skillfully combines hommage to their local roots with an approach of forward-thinking contemporary club music. Already innovative, Lechuga’s Aequs Nyama EP was about a new vision of candombe rhythm, an Uruguayan musical genre,  African influenced and played with drums of different shapes.

For Aequs Nyama remixed, producers from all over the world produced remixes to add their influences to the original tracks. We can find the South-African Gqom pioneer DJ Lag, the Argentinian producer and DJ Tayhana for a more rugoso than suave version of Suave Pero Rugoso, Discwoman member DJ Haram, Pobvio paying tribute to Charrúa people (his ancestors) or Carioca DJ Pavigo. The work of all of these producers almost reveal a brand new EP composed of unreleased tracks, more than a remix EP, says Salviatek.

The Brazilian producer DJ Pavigo explained us his creative process about the remix of Tambor Espada he produced. “The original song is a very ready to dance track, very direct… so I decided to create another vibe, space sounds, a purposefully quiet, like the Tambores appearing in fog.” Influenced by Timbaland, the DJ from Rio de Janeiro used “samples of Mexican tribal (unrecognizable), trapped among others chopped voices…” he says to Couvre x Chefs.

Listen to the DJ Pavigo remix just below.

Full EP Aequs Nyana remixed will be available on February 9th via Saviatek’s Bandcamp, but you can also already stream Pobvio’s remix via Remezcla and Tayhana’s one via Resident Advisor.