Wolfbite: a well designed and fun to play card game.

TAHAW, that’s Couvre x Chefs’ anthem, Things Are Happening Around the World, and happening they are. New York based designer Maxime Germain and London based designer Mathilda Conversy released a card game called Wolfbite. After meeting in their hometown of Le Mans, Maxime Germain and Mathilda Conversy, experimented with a new kind of game which combines both design principles and the rules of the classic card game snap. Inspired by current trends in design, Wolfbite’s minimalist aesthetic makes it a perfect game for mature players. 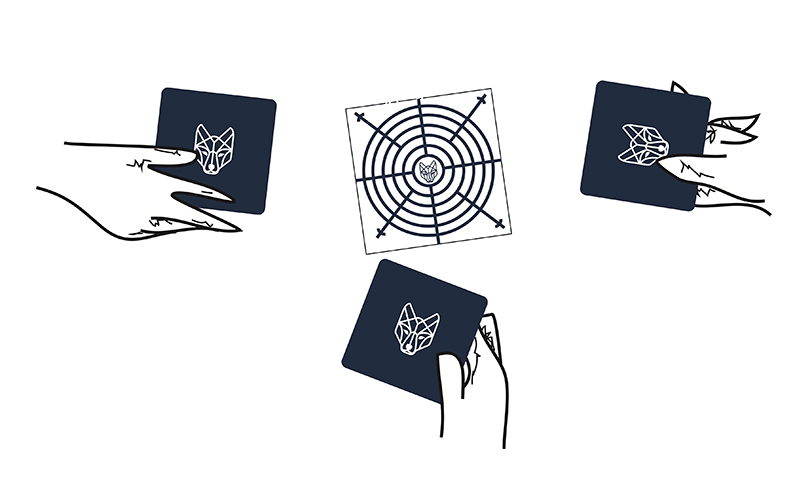 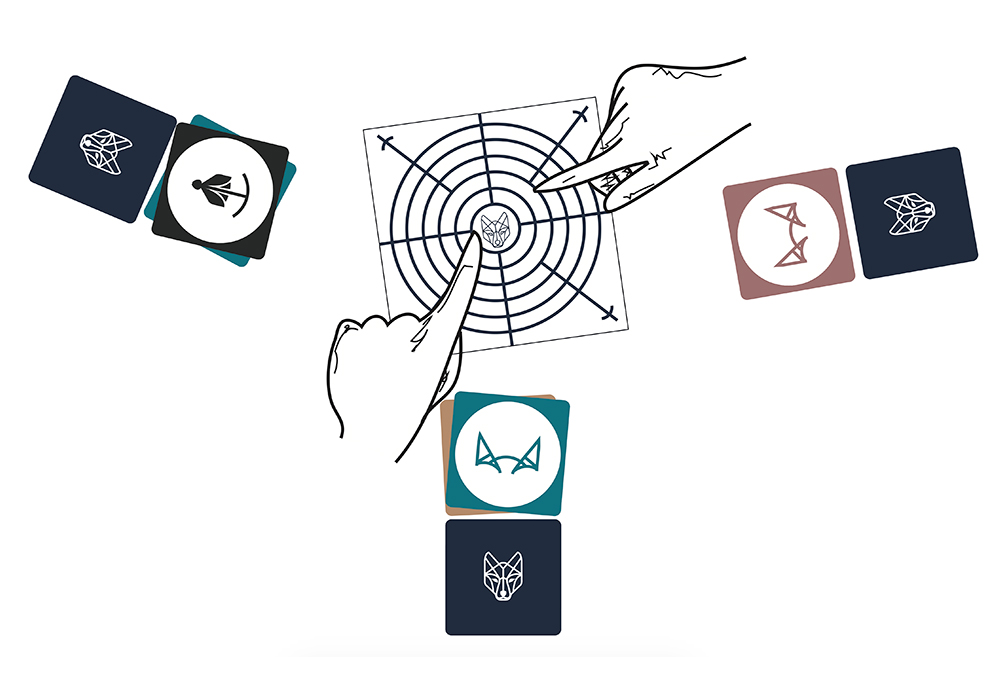 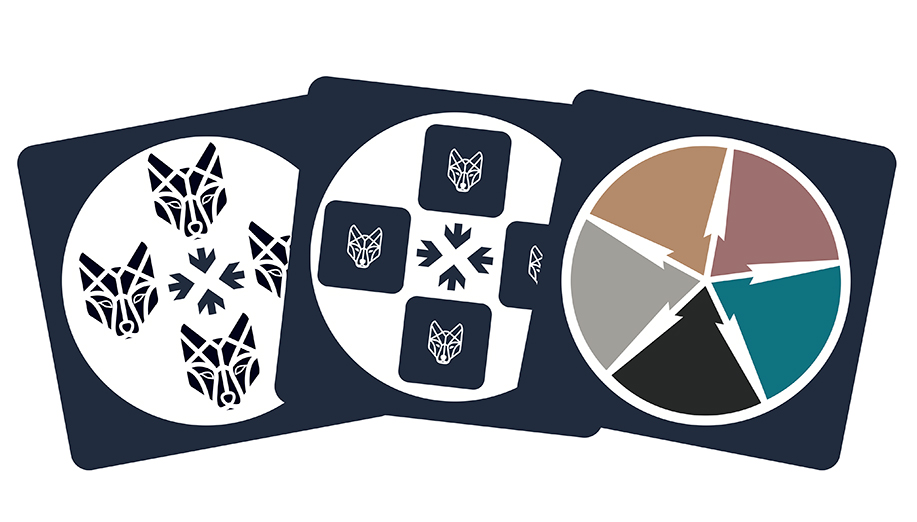 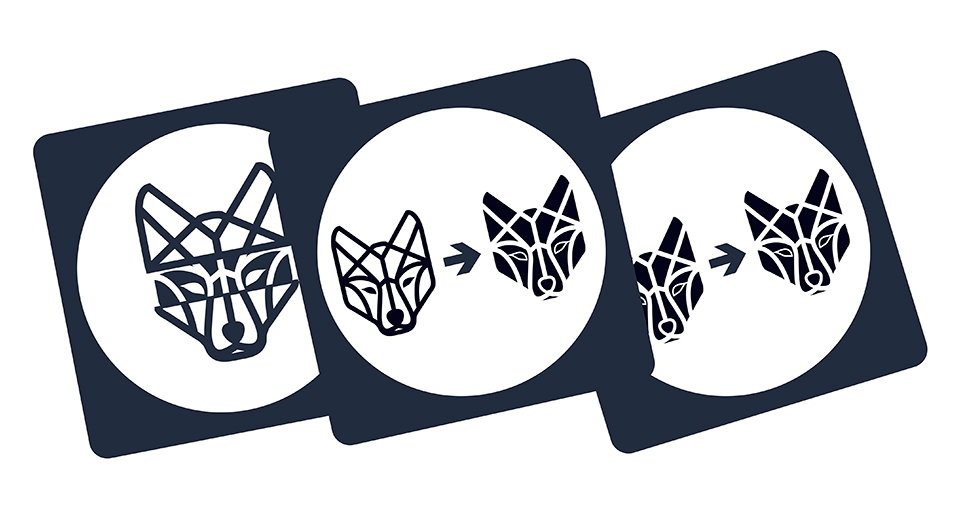 Wolfbite is a fun, well designed and easy to play card game.

The goal is to get rid of all your cards. Players take turns drawing cards and when two identicals cards are visible, the players with these cards must put their fingers at the center of the game’s target. The first player to reach the center of the target with his finger gives his cards to the loser. Throughout the game, special cards will pop up, forcing the players to form alliances and avoid enemies. This will allow the players to develop complex strategies.

I’ve never found any game that I have played to be beautifully designed. And it’s not because we have grown up that we don’t want to have fun with card games. Most of the games out there feel very childish so when I had the opportunity to design a game that I’d both enjoy playing and owning, I jumped at the chance and developed Wolfbite.

We received a copy of the game and loved playing here at Couvre x Chefs! The game is available on Kickstarter for preorder since August 15th; it will cost $15 for the 50 first backers and $25 for later orders. Wolfbite has also partnered with the famous poster website Curioos and made a collector edition of the game that will sell for $110 and includes a large poster of the Wolf. 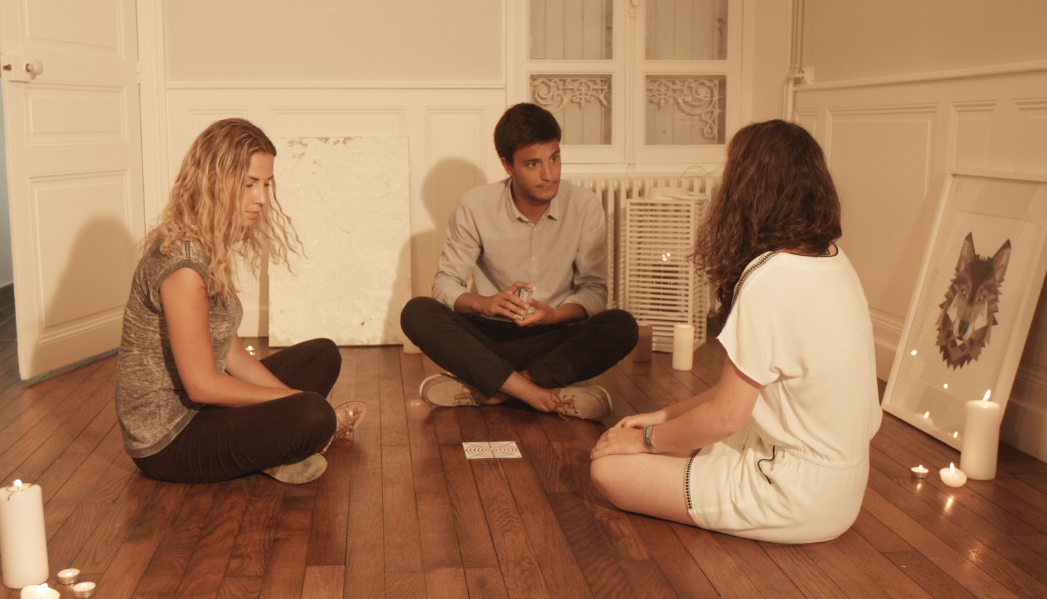 The poster of the Wolf, on the right.