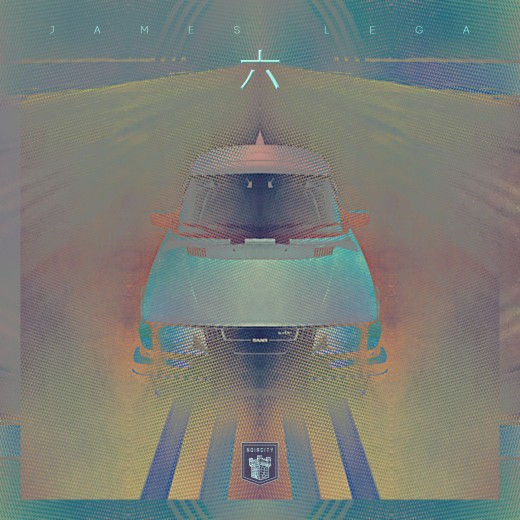 After being skeptical about the title, I came to the conclusion (and I quote my source) that it corresponds to the Chinese character that represents the number 6, as the said EP is the 6th solo released (we counted) from the Brittany artist.

James Lega is a polyvalent artist : a rapper, a beat producer (working on his own releases or for others), a graphic artist and a video producer. James is also the author of instrumental EPs, like 六, which are different from usual betaking productions, as most of them are made for a rapper to sing on it.

六 belongs to another category of instrumental productions, the one where tracks are actually sufficient to themselves because of the atmosphere they build, which is enough to make us enjoy the tune’s coherence. The beatmaker turns himself into a musician ! After Still / Down and June, it’s the third time that James delivers a collection of ambiances of which he only is able to produce and which we enjoy in the heart of the night, at full volume (just our listening conditions suggestion !).

As we never presented the excellent Still / Down EP on Couvre x Chefs, we’ll leave it here for you to listen :