A history of Reggaeton. (Part 3)

Puerto Rico and the “Música underground”.

In the early 90s, following the trail of hip hop, the Spanish reggae of Nando Boom and El General arrived in Puerto Rico. Reggae, imported by the major record labels, would have been present on the island since the 80s, adopted by surfers and other young people from the privileged classes who were ignorant of Rastafari philosophy and claims. Reggae was consumed, emptied of its ideological substance.

When, through its New York exile, the genre reached the island again, rather than being associated with the Jamaican culture (with which Puerto Rico has almost no contact), dancehall reggae in Spanish is assimilated to Nuyorican culture. Under the name ‘underground’ reggae dancehall is mixed with hip hop. The genres coexisted and merged with others. Together they contributed to the definition of a new sound and identity, that of an Afro-Latin Puerto Rico turned outward, to New York but also to the Antilles. The famous MC Vico C will say underground music that it is “essentially hip hop but with a flavour more compatible with the Caribbean”.

The Panamanian Reggae artists, though popular in Puerto Rico, rarely perform there. Too expensive, too difficult to contact, their absence is compensated. Local DJs and MCs focused their attention on b sides. While in Panama, the local scene of reggae in Spanish developed in direct connection with Jamaica and evolved with it, in the greatest respect of the traditions, in Portorico, the fertile ground of hip hop in which the dancehall is growing roots is about to give the genre a new existence.

On the island, in addition to traditional distribution and diffusion channels, the underground is developing its own microeconomy. It all started in 1989 when a certain ‘DJ Negro’ was fired by the local club that employed him. A veteran of the Hip Hop scene and among other producers of Vico C, the most famous of Puerto Rican MCs, the reputation of the DJ is well established. Rather than looking for a new job elsewhere, the DJ, aware of his influence, decided to open his own club. Thus is born “The noise”, a modest establishment that his owner described as “a rectangular box painted black”. Located in the poor neighbourhood of La Perla, the club is an immediate success. Financially limited, unable to hire renowned artists, DJ Negro opens its doors to the young local scene. This is where young talents such as Ivy Queen, Daddy Yankee, Tego Calderon, Nicky Jam and Wisin & Yandel made their debut. Made of odds and ends, located in semi-legal locations, the club would change location three times in two years. The audience followed them nonetheless.

The sound evolved. In the early 90’s the underground scene was still largely dominated by the Boom Bap. As the decade progressed, dancehall reggae is gaining popularity. Among the popular riddims on the island, we find without any surprise the famous Pounder, Dennis The Menace, whose steady rhythmic jolts seduced dancers. A triolet structure lined with claves which, in the continuity of the Afro-Latin-Caribbean tradition, echoes with the calypso, the soca, the bass lines of the salsa… In the years that followed, a series of riddims similar to Dembow came to feed the repertoire of Puerto Rican DJs. We find the Bam Bam Riddim, popularized by Chaka Demus & Pliers and their classic ‘Murder She Wrote’ or the Fever Pitch Riddim by Bunny Lie Lie & E Sharman.

At this point in its history, nascent reggaeton is still and above all a live culture. From the years 92-93, the first recordings appeared. Tapes of thirty minutes began to circulate from hands to hands. In the purest tradition of beat making Hip Hop, a number of DJs and producers (DJ Playero, DJ Nelson, DJ Mad Adams, DJ Eric Street, DJ Joel or DJ Gold-D make up) composed from sample music of a new kind. Long collage or success beat hip hop, dancehall riddims and samples of all kinds. The riddims were reinterpreted, reassembled. Dennis The Menace’s beat is cut, stripped. Very often, the synth disappears, the bass too. Only his percussive skeleton is preserved. Thirty minutes, break funk and triplets of the Dembow meet and clash. Reggaeton is taking shape. On these hybrids, changing productions, the various MCs of the island succeed one another. Their names are Mc Ranking Stone, Alberto Style, Maicol and Manuel, Mr. Notty, Rasta Baby and Gringo, Master Joe, Baby Shabba. Their flow is those of rap, a hacked spoken in Spanish whose flow, adapted to new structures, is gradually moving away from American standards.

Among the multitude of mixtapes produced at the time, those of the DJ Playero are probably the most popular. Limited to twenty copies, each work of the DJ is subsequently copied and reproduced. The small rectangles of plastic travelled, even exported to New York where, little by little, proto-reggaeton is gaining popularity among young Latinos. The boomerang is coming back. It is now in Puerto Rico to influence the Nuyoricaine culture.

From opposition to commercial success.

The underground, also sometimes called ‘Melaza’, molasses in English, ‘música negra’ or simply ‘reggae’ (the use of the term has been reinforced since 1995), is the music of opposition, a rejection of the dominant values. The sound of the rough cassettes reflects the do it yourself the spirit of a whole part of the marginalized population. In a book published a few years ago, Petra Rivera Rideau draws the portrait of a semi-independent state socially fractured social policy more than doubtful. For the author, the discourse of ‘racial democracy’, the of the elites, would be nothing more than a tool of control aimed at controlling and limiting the forms of existence and expression of black and mestizo identities.

The underground is an expression of both Afro-Caribbean and Latin identity. Black music but not that, like the disadvantaged populations of the island. The manifestation of a dissident otherness against a background of a racial claim and class conflict. A counter-narrative that, in the Puerto Rican context, disturbs. The nascent reggaeton is censored, associated with a number of timeless racial stereotypes associated with the hyper-masculinity of black populations… Like many kinds of music in the wake of Hip Hop, the genre is accused of romancing violence, to do the apology of it. And like many others in the wake of dancehall, its hyper-sexualisation is problematic. The reggaeton dance, the ‘perreo’ (doggie style) is decried, both for its indecency and for the macho universe it seems to embody. From the beginning of the 90’s, listening to ‘underground’ music is thus associated with delinquency and drug trafficking, contributing to the criminalization of the inhabitants of the ‘caserios’, the disadvantaged neighbourhoods of San Juan, already strongly discriminated against.

In 1993, the governor Pedro Rosselló declares the open war to the gangs and the drugs in the caserios. The measures taken are drastic. Between 1993 and 1997, the so-called ‘mano dura’ policy will lead to some 87 large-scale raids in poor neighbourhoods. Checkpoints are established, security perimeters and palisades are erected around certain neighborhoods whose inhabitants are regularly subjected to searches. Led jointly by the police and the army, these actions, under their official cover, serve an insidiously racist policy against a background of private interests. As Marisol Le Brón develops in a Napalm tribune for the Boston Review, the project to privatize the 58,000 public housing units on the island is the nerve of war, that of a government against its own people.

In 1995, the commercial success of the artist Wiso-G and his title Sin Parar is the step too far. Faced with the magnitude of the phenomenon, a Christian association called conservative media monitoring group morality in media crusade against the underground movement and its degenerate morality imported from the USA. Supported by police forces, a semi-legal operation is conducted. Six record stores are targeted leading to the confiscation of some 400 cassettes. There follows a reaction in the media channel, a moral panic. National Press and TV Channel multiplied programs and articles, presenting the underground as an evil to shoot, a piece of music that corrupts the youth, a danger for our children. According to Frances Muntaner and Raquel Rivera, it is ironically the censorship of the genre that is at the origin of its success. By banning underground music, the authorities have only reinforced its authenticity.

Reggaeton is caught between two fires. On the one hand its commercial success and the growing interest of the industry, on the other hand, government and media censorship. As DJ Nelson explains, “If the authorities caught you listening to reggaeton in your car, it destroyed your tape and you were fined a $ 500 ticket.” From the second half of the 90s so, to avoid censorship, some cassettes are declined in a censored version. The explicit versions are accompanied by the famous mention ‘Parental Advisory’. Reggaeton, eager to reap the rewards of its success, adapted to the constraint.

In 1997, Sony bought the rights to the compilations of DJ Negro, the famous mixtape ‘The Noise” and signed the DJ producer. With this support, volume 8 reached the twelfth place of the Billboard for Latin albums and sixth place in the Latin pop category. The underground enters the industry. Quickly, aware of the new challenges and opportunities available to them, many MCs sought to make a name for themselves. In a time made of cassettes, mixtape and compilations succeed that of the first solo albums. Ivy Queen and her album En Mi Imperio in 1997, The Other Side by Bebe, The New Prophecy by Baby Rasta & Gringo and Violencia Musical by Hector & Tito in 1998 announce the change to come. Musically the style remained faithful to that of cassettes, the producers remained the same. Let’s say the same thing. At the bottom of each pocket, a name came back, tirelessly. Dj Nelson, a member of the collective The Noise and close to DJ Negro, is the man behind the commercial success of the reggaeton, at the same time impresario, manager and producer of more than fifteen artists.

At the turn of the 2000s, the development of production techniques, the appearance of software such as fruity loop, revolutionized production. One album in particular marks this change. Reggaeton Sex vol.2 of DJ Blass marks the appearance of synths that little by little during the 2000s would take the lead. The presence of samples is becoming less and less frequent. At the time of commercialization of genre and copyrights, an original composition is better than a borrowed sample.

In the late ’90s, as DJ El Nino explains, “the term reggaeton refers to songs using an original beat and not a Jamaican disc’s side b”. The name reggaeton thus accompanies the emergence of a genre in its own right, a genre that has reached maturity and is now independent. A genre about to explode. A new generation of MCs, Daddy Yankee, Don Omar but also producers, the duo Luny Tunes, followers of DJ Nelson, are about to bring the genre to a level never. In 2004, Daddy Yankee’s Gasolina is a worldwide hit. The title ranks in the tops of more than 20 countries and is nominated for the Latin Grammy Award for the record of the year. Reggaeton is gaining international recognition. Having become almost hegemonic in most of the Central American countries, reggaeton, although overshadowed by some great, sometimes grotesque productions has not ceased to exist. 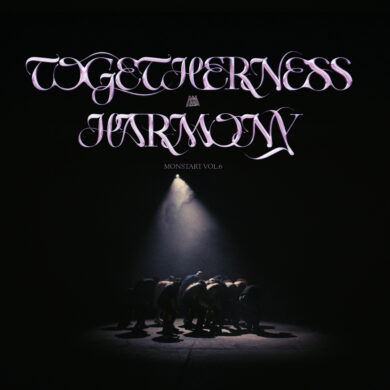