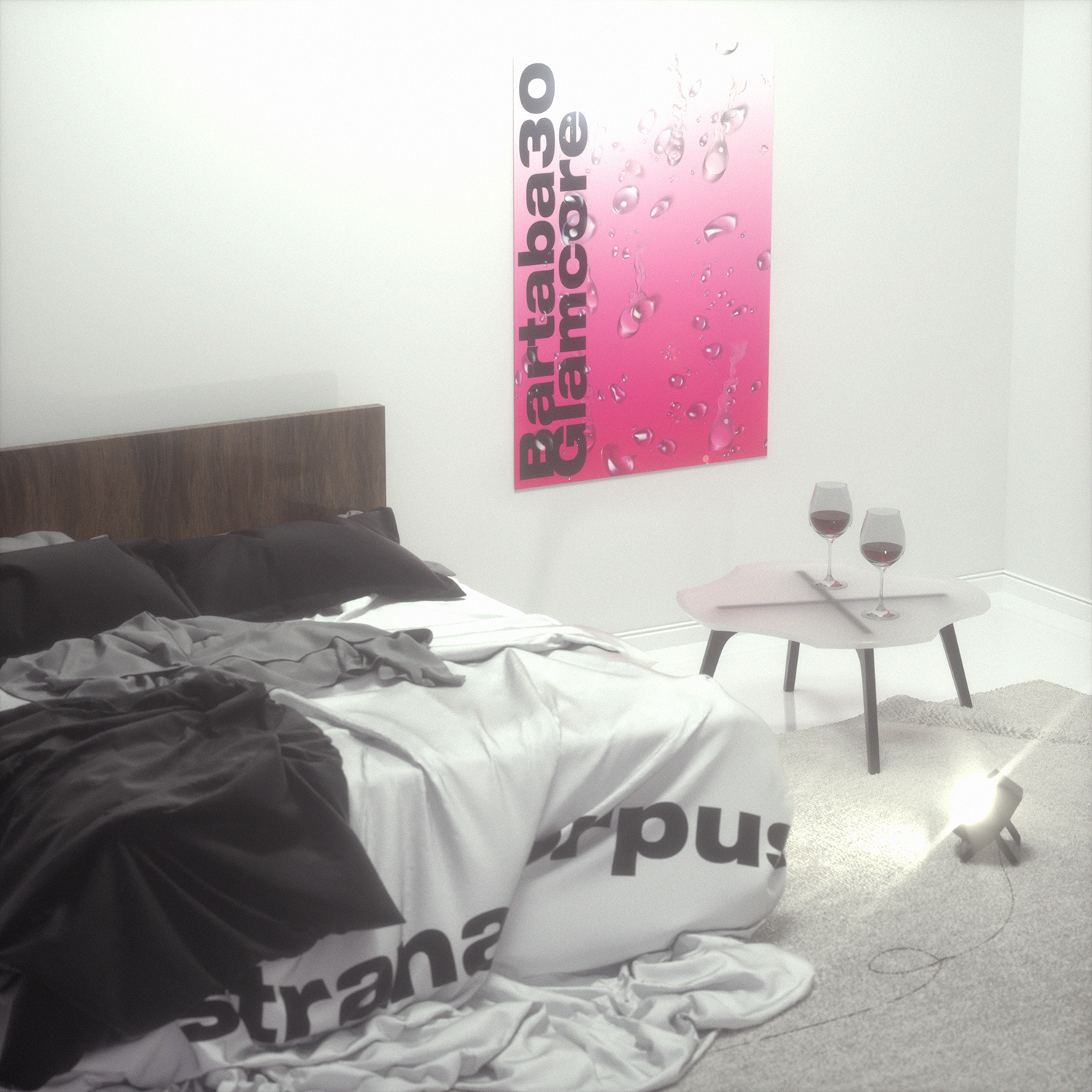 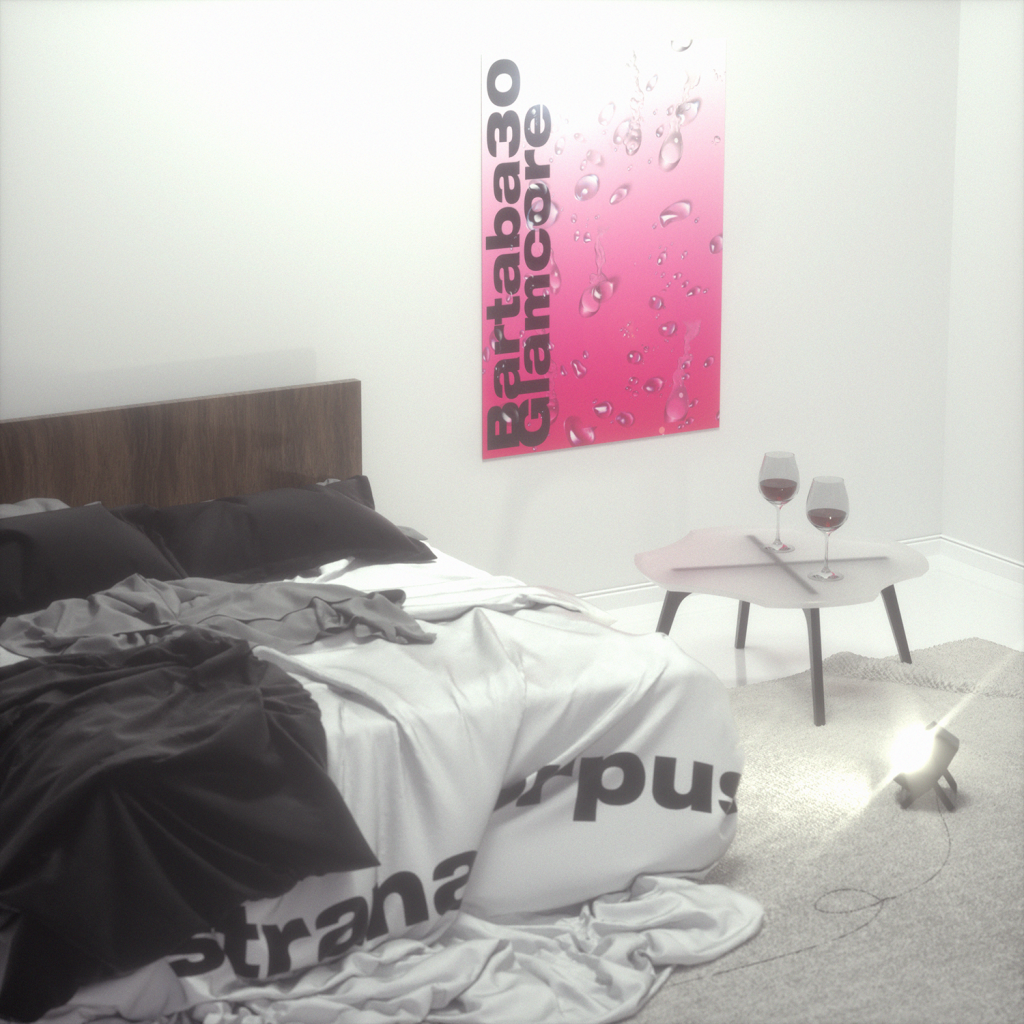 Stranacorpus had already been mentioned in 2018 with the release of RougeHotel‘s “Les Fleurs Fannent” EP. True artistic collective, the young team based in Geneva works in different areas: production of electronic music via their own studio, rap, DJing, graphics and 3D within Hornusstudio … which allows them to have a vision 360 ° of their projects and this is the case on the first LP of Bartaba30.

Mysteriously titled Glamcore LP, the Bartaba30 project is a long instrumental format. Bartaba30 forms the rap duet Giratoire30 with Balzacc30 (another member of Stranacorpus and designer at Hornusstudio), but on Glamcore, Bartaba30 has composed everything in solo. The only collaboration concerns the signed hornusstudio visual.

On Glamcore, the young Genevese producer takes us into his thoughts. Yet almost devoid of words (except the last track), the choice of samples, harmonies and construction leaves a deep feeling of introspection. Musically, we are somewhere between Animalsons (Temps Mort period), Dinamarca, Gabber, Trance and Club. Ten tracks resolutely emo make up this long format with the appearance of B.O. which one strongly recommends a complete and attentive listening as of its exit this Friday.

As a first excerpt, we chose the piece, also mysteriously titled, “L’Employé du mois” (“The Employee of the Month”). The almost 6 minutes of the piece gives a solid idea of the universe of Bartaba30. With an undeniable cinematographic aspect, the structure of the piece does not have the conventionality of a prod club or classic rap. It’s almost a six-minute climb from an introspective intro to a trance passage, and almost gabber kicks, before giving pride of place to harmonies reinforced ultra powerful drums.

Bartaba30’s Glamcore LP will be available on Friday, February 8 via Stranacorpus.