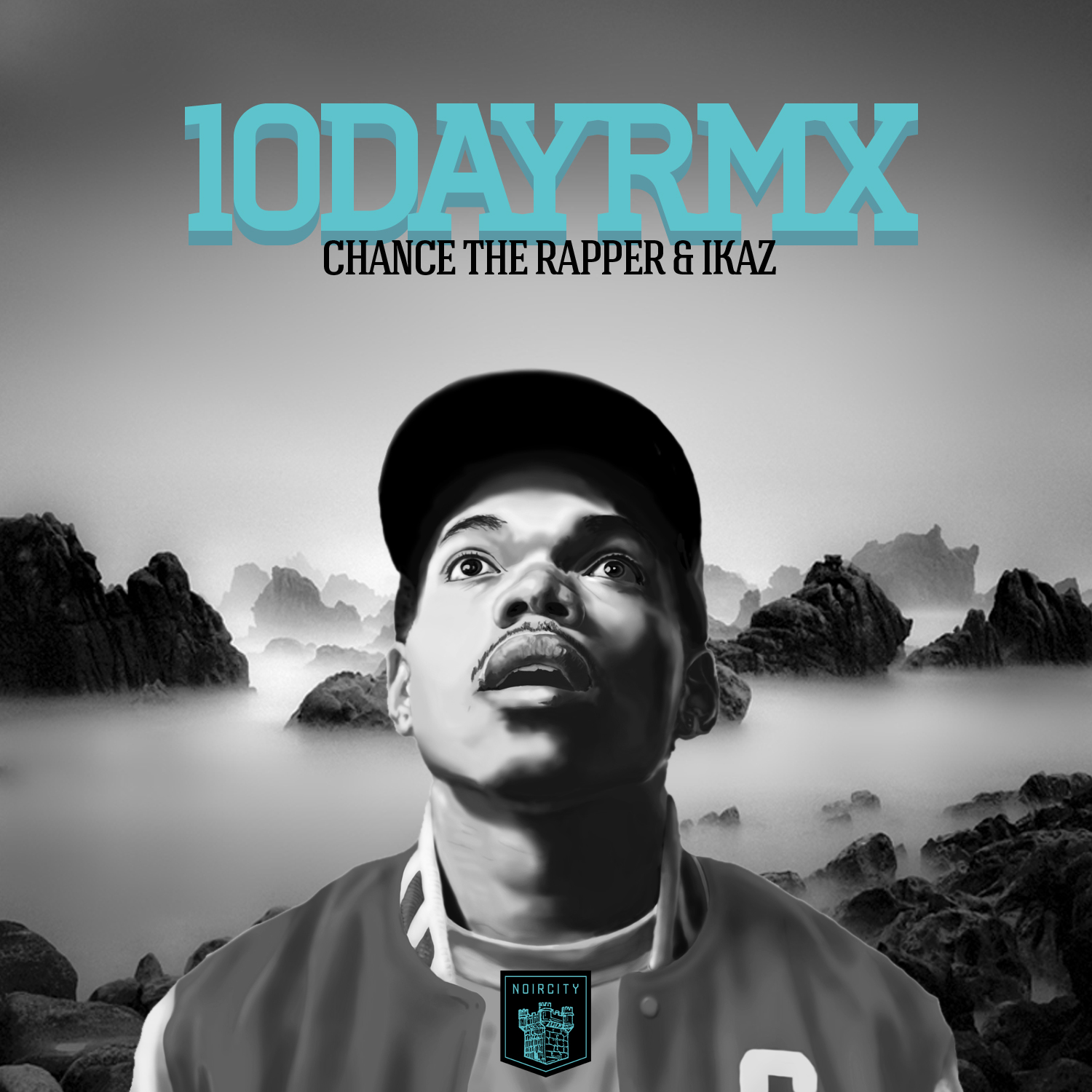 The totally new collaboration between Ikaz, the French beatmaker, and Chance The Rapper, the rookie from CHI-city deserves a place in our tumblr. We have already introduced Ikaz when he issued his promising beat tape with TrueFlay Records. By the way, we communicated our impatience to get a new feat with an mc. We now get it with this mini-LP. Chance The Rapper is a young… rapper who lastly  was nominated amongst the most expected rappers in 2012 according to US Complex Mag, the Rap US reference. For the little story, Chance wrote this project during the days he was excluded from his high-school …

Let’s come now to the disk : Ikaz made a selection of 9, out of 12, tracks from Chance’s originals (10DAY). He did so in order to gain ownership over them and to propose his own interpretation of them. Outcome is outstanding. As a matter of fact, Ikaz’ light beats are an ideal support for Chance’s vocal register. He can move from a wild rap as Weezy does (Windows, 14400 Minutes, Brain Cells, …) to a singing rap (Long Time). Chance is showing an impressive potential (Just Juke). Chemistry between Ikaz and Chance is working so well that we could considerate this tape as the original and not the remix one.

Let’s highlight also the artwork, also remixed like the disc, where Chance is like in a trance, emerging from the clouds, we can imagine the fortress of Noircity above it all, built on the light but powerful beats of Ikaz.

Our favorite : definitely Long Time. Maybe because of the blue-white-red pride (production and label) of 10DAYRMX. Well, no, we have not managed to produce an American disk, no, this is more a successful mix of French beatmakers’ know-how and the technical nature of the young US wonder, just like the well known feat. of Mr. Bibal in his recently issued LP Failure.

Obviously the project is free on bandcamp.