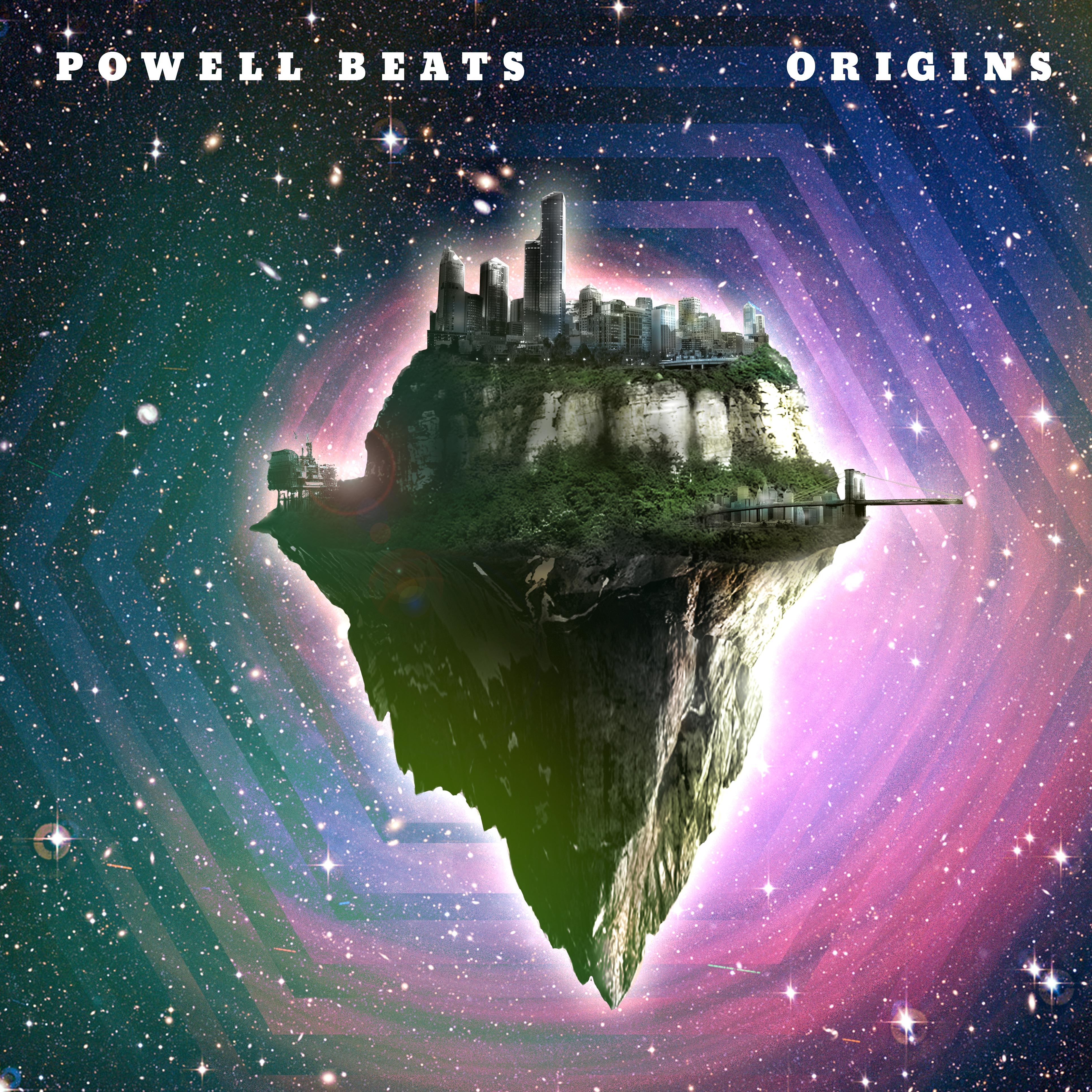 Label Made In Glitch

It is very recently that the talented Powell delivered us his LP called Origins.

Origins, curious title for this LP heavily built around saturations and dubstep loops, for the one who got labeled boom bap for his firsts productions! Indeed, it’s with mediatique discretion, but power and quality sound that the projects from this young beat maker flow in, for quite a while now.

As soon as 2006, his beat tapes were downloaded on the hard drives of connoisseurs.

After various tracks oriented Hip Hop instrumentals, boom bap old school, with a little jazz in them (Easy like ep, 2008, published at Beats and Discovery…); the beat maker got us used for some time now to music inspired from the California electronic, but doped with bass music less constructed, playing also on explosive synthesized.

We were able to discover the premises of this genre, new for us living in France, on the Beatnicks vol.2, the tape Beats Heroes vol.6 from our friend’s webzine Stereotree, or on the ep SMACK MY GLITCH HOP!!! (2010, Robox Neotech). Densui had him to follow this evolution, being on the first ep of the beat maker that came out in 2011 at Alpha Pup Distribution.

The first melody from Girls Name announces something good before the blast that is Origins. Indeed, with the intro of a powerful beat, we can’t stop but thinking of how close it is to the California crew The Glitch Mob. The beat is full of vocoded dubstep, and if that wasn’t enough, the initial melody comes in to tease us from time to time, right in the middle of the war exploding in our sound system.

Made in Paris falsely reassures the LP, reveling itself slowly to be an ascension, in front, all electronic of course, where the rhythmic with piercing tonalities worthy of a Lil Wayne or a Animalson following intergalactic spaces.

Heat keeps us seated in the back of our hammock, sampling exactly the same track as one of our favorite artist discovered thanks to Musique Large, I cited the travels of dÉbruit, and his hit Smurfing in the sun on his LP Coupé Décalé. This does in no way vitiates the work of Powell, delivering here an excellent title.

Origins (pt. I), title track, captivates like a black hole right in outer space (at least, one could imagine that it would make it), the instoppables bass just interrupt the tranquility of the electric guitar notes and throw us into the dark recesses where we are loving dubstep crises spasms. It shakes but it’s cool.

The talkboxed or piched voices from Radio Saturne record us that we are not alone aboard, and that we could still hope for some survivor of our trip to our journey in the center of the origines anyway.

Origins pt. III concludes in a good way the disc, with his post-dubstep lacerating one last time all kind of chiptune and 8-bits samples.

When listening to this brilliant LP, we cannot stop imagining a shadow of Squarepusher, the light drum’n bass, but amplified broken beat.

You can buy Origins here !