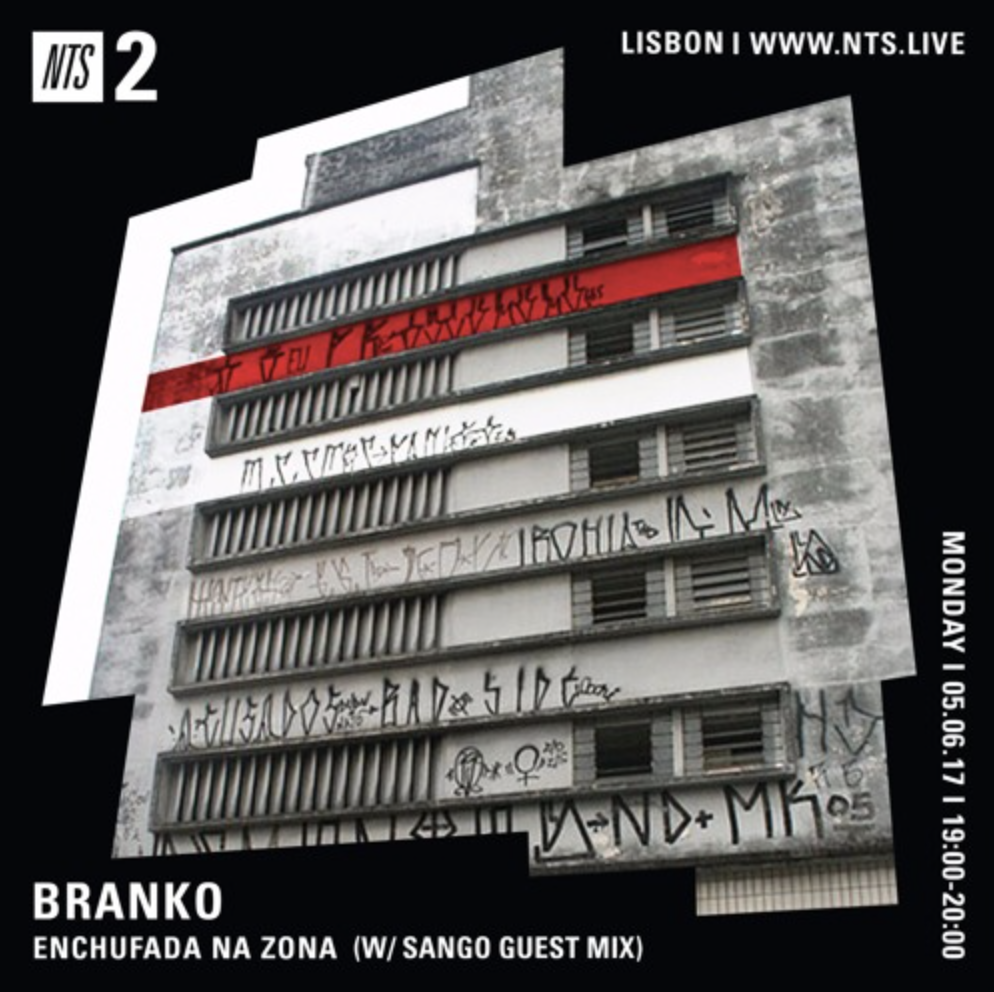 There’s no need to introduce Branko, DJ and producer who has won acclaim during his period within Buraka Som Sistema.  After releasing his first album Atlas in 2015, he gave a boost to his solo career by touring around the world and working with very trusted artists. Among others, he produced several tracks for M.I.A.
Since 2017, Branko hosts his own show on the english radio station NTS, called Enchufada Na Zona, in reference to the record label he’s affiliated to. Within almost 1 hour, he mixes up the tunes he heard while touring in Africa or South America, but also latest productions of Portuguese artists from Enchufada (Kking Kong, Dotorado…). We warmly recommend the previous sessions.
For the latest session, he invited the great Sango, producer hailing from Soulection , a record label famous for its chill and sophisticated hip-hop. What’s the link between Branko and Sango? A particular affection for brazilian urban music, as evidenced by Sango’s latest opus, De Mim, Par Você.
Put your havaïanas on and connect your best sound system, summer is here.