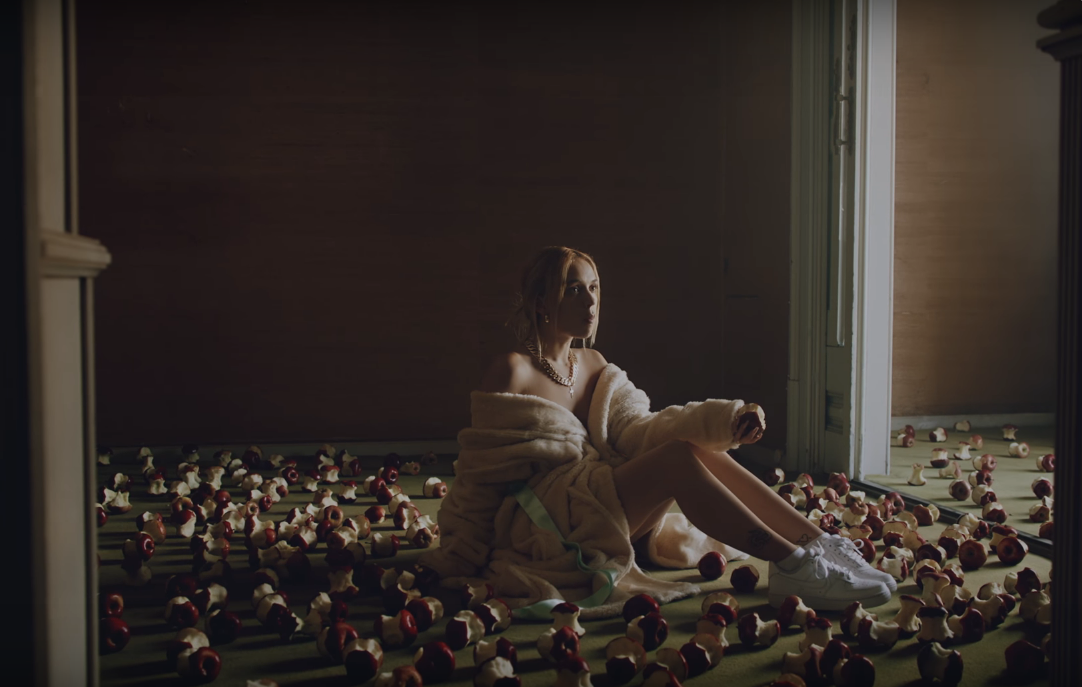 The ascent of our favorite Catalan girl Bad Gyal in one year was simply super bluffing.  After her mixtape, carried by the hit Fiebre Riddim produced by King Doudou, which broke everything in 2016, the young pearl of the dancehall-trap-reggaetón-what-you-want enchains collaborations with prestigious producers. We just recovered from her last single Jacaranda produced by Californian Dubbel Dutch, and here’s already a new vidéo clip: Nicest Cocky, produced by Mexican homie Paul Marmota.

Nicest Cocky definitely displays a darker side of Bad Gyal. A slowed down and obscure dancehall, far from the festive  Jacaranda, that doesn’t prevent her from proving a little more her innate talent for perreo. The fine visuals, filmed by Roger Guàrdia for the production company CANADA (based in London and Barcelona, as its name does not indicate) undeniably sublimates the talent and artistic creativity of Bad Gyal. The singing, this time in English (not necessarily more understandable than her Spanish for the non-Hispanophones) and Catalan, as well as the futuristic (and terribly actual) production of Paul Marmota make of Nicest Cocky one of the more interesting and ambitious pieces in the repertory of this talented fan of Jamaican riddims.

Far from having made an accessible hit, with Nicest Cocky, Bad Gyal proves to us that she is not a one-hit-wonder and that she still has a lot of material to surprise us and continue to make showcases in the whole world.

Find Bad Gyal this weekend at the Sònar in Barcelona and Paul Marmota on tour all over Europe this summer with a visit at Plage Club in Nancy in July.