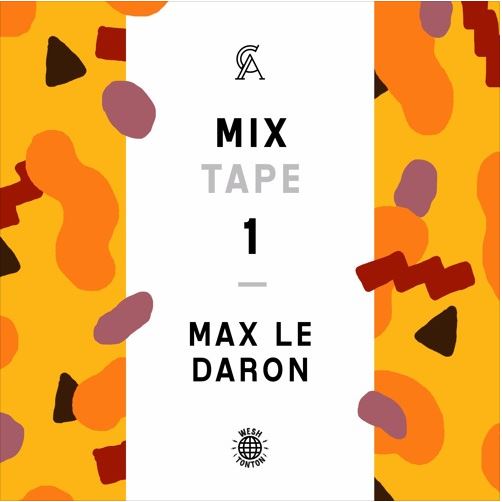 Meanwhile, the other boss of Lowup, Max Le Daron, working since 2008 with afro and bass-oriented record labels (Man Recordings, Booty Call Records, Akwaaba Music, Pelican Fly), hasn’t been idle.
Indeed, he did his own tour was Africa. Three weeks through Ghana and Burkina Faso to perform liveshows, for Asa Baako Festival in Busia, and Africa Bass Culture festival in Ouagadougou. It was also the occasion for him to meet and record with the best local MC’s, in order to prerare his forthcoming album.

Back in Belgium and overwhelmed with inspiration, he made a mixtape for Liège clothing brand Câpres & Anchois. Thanks to his field experience, Max Le Daron is without a doubt one of the best placed to gather and broadcast the best exemples of what is today’s african club music.

Among the selected tracks, we can hear Monin’Guetin, his latest single, featuring Gan Gah and Joey Le Soldat from burkina faso (video coming soon). It’s an excerpt from his next album to be released in october 2017. Of course we’ll keep you updated.