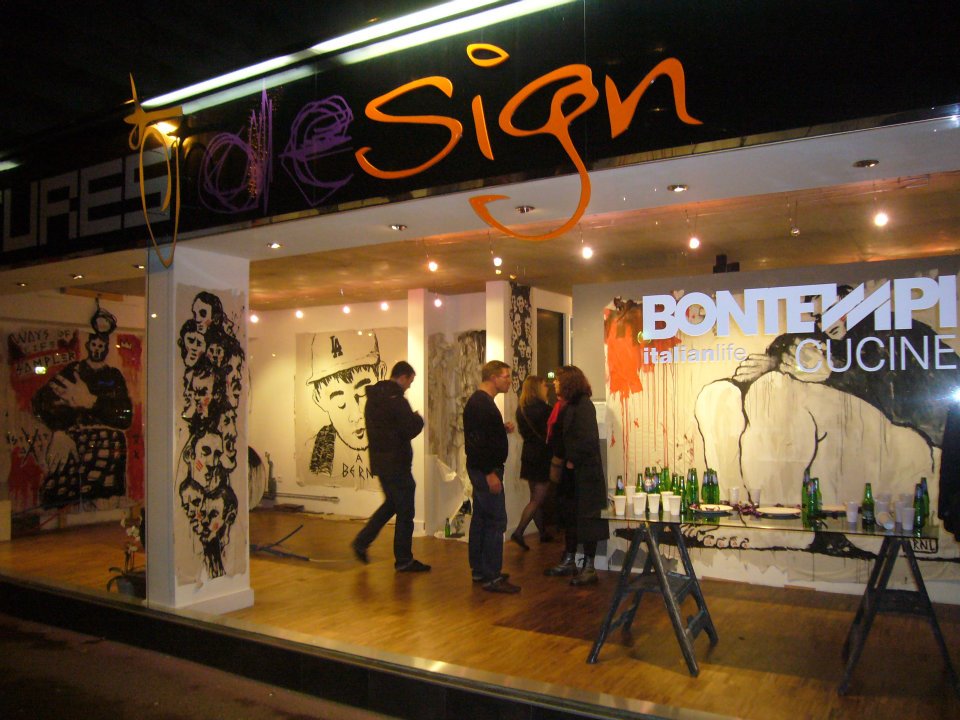 We have talked to you about the homie Pierre Burnel aka BRNL, thanks to an interview we gave (just in case you forgot click here). Street artist, great cinema amateur, music and traveling, he recently toke over the shop of interieur designer Laurent Briard « Structure et Design » (21 avenue Delaville, 50100 Cherbourg) to represent his work. A step that pushed him to ask himself : « The street art mention being not relevent in a closed area, I will stick on the walls tortured silhouettes whom will try to reincarnate the drama of a artistic point of view not in his own place… ».

The 23rd of December 2011 was held the exposure where he even held a live performance that you can watch here.

An event that proves that things happen even in the Cotentin, the french newspaper Ouest France even did an article about it :

« Subjects having to bend themselves to fit in space, screaming faces, a shoutout to over consomation : Pierre Burnels street art stays shouting, even closed in between walls … Pierre Burnels drawing is powerfull, contrasted, efficient, and promising. »