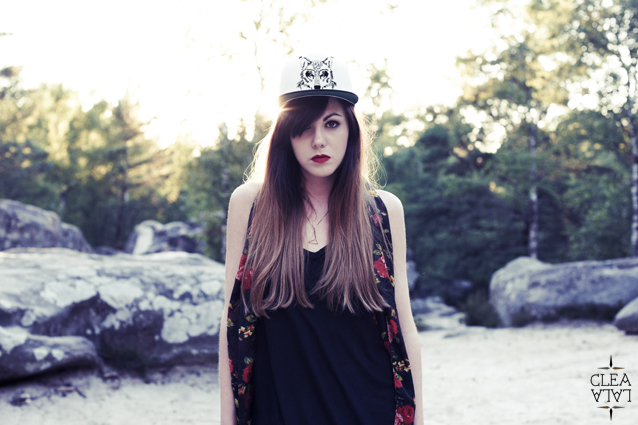 At Couvre x Chef, we obviously are quite fond of any stuff one could put on their head…being beanies, berets, chapkas, etc., we consider the headgear (couvre-chef is the french traduction of headgear) as the essential element, the stuff which just gets to perfect your outfit, whatever the season it is.

Likewise, we enjoy pointing out the rising artists. Those whose work speak to us, like their art had delved our spirits to read what happens in it. Cléa Lala is part of those. This Paris-based independent graphic artist produce hand-made limited-series of caps. She actually does the whole stuff by herself, from the conception to the production, from illustration to embroidery. It’s a thorough hand-work, fascinating and enchanting which brings a new breath to caps-making.

In addition to its collection titled Animosités (available at Auguste, The Superette and God Bless America, in Paris) which shows mysterious animals inspired by an enchanted universe, Cléa Lala had the great idea to offer everyone to create its own headgear and thereby own a unique cap.

So just visit her website to discover its entire activities (she also works on developing some graphic tools to inform about deafness), and go like her Facebook to stay tuned !