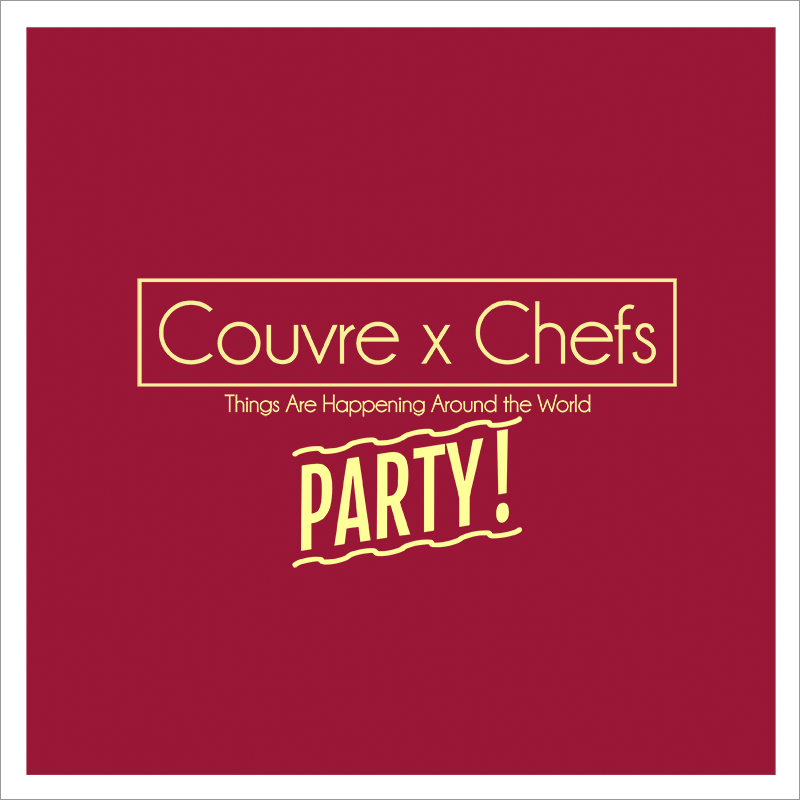 Couvre x Chefs PARTY! is a project of parties that we have cared for for a while, but we had not yet had the opportunity to put in place. This time it’s official, see you on August the 1st at L’Alimentation Générale, Paris, for the first edition! In addition of this good news, we will make you win two free invitations, be sure to check the rules at the end of the article!

For this first, we are pleased to receive the Uruguayan homie Selectorchico™ in full European tour to present his project Revisitando Macondo, an audio-visual retrospective of Macondo label, pioneer of subtropical music genre in the 70s in Uruguay. Selectorchico™ will perform a DJ set composed of 100% original records from the Uruguayan label. His selection, calibrated for the summer scorching heat, will include diverse and varied music styles: Bomba Candombe, Cumbia, Guaracha, Merengue, Mozambique, Porro, Plena Dura … but also Colombian gold nuggets, Haitian, Peruvian, Puerto Rican, African … rather unknown!

Selectorchico™ is the founder of Club Subtropical, a party entity / digital label led with Nectar, Lechuga Zafiro (which we welcome) and Sonido Superchango, based in Montevideo, Uruguay.

A more complete interview Selectorchico™ is already available here! Do not hesitate to listen to his mixtape REVISITANDO MACONDO vol 1 – The Roots of Music Subtropical (Uruguay 1975-1979) right here. 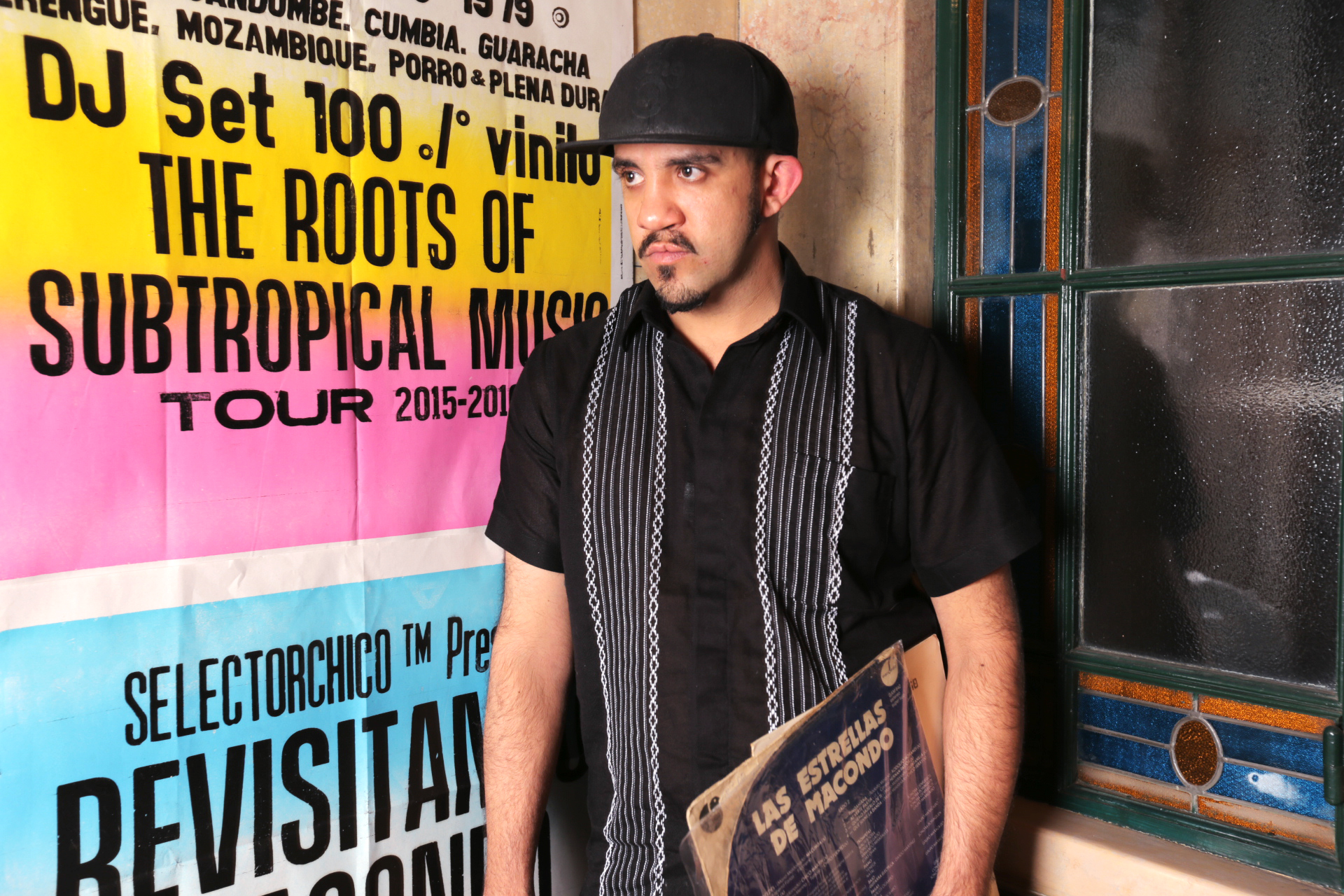 Selectorchico™ posing next to the flyer of his European tour.
Mixtape “Revisitando Macondo”!

I’ll take part with great pleasure in the opening of the party and maybe a bit more! I will try to establish connections between rhythmics hand picked on dancefloors and sound systems around the globe in order to combine them in a common dynamic and resolutely dancing. Finally preispanic tribal, dembow, funk carioca, grime, Jersey club, future beats, Miami bass, ballroom, rap, reggaeton … are much closer to each other than they appear. 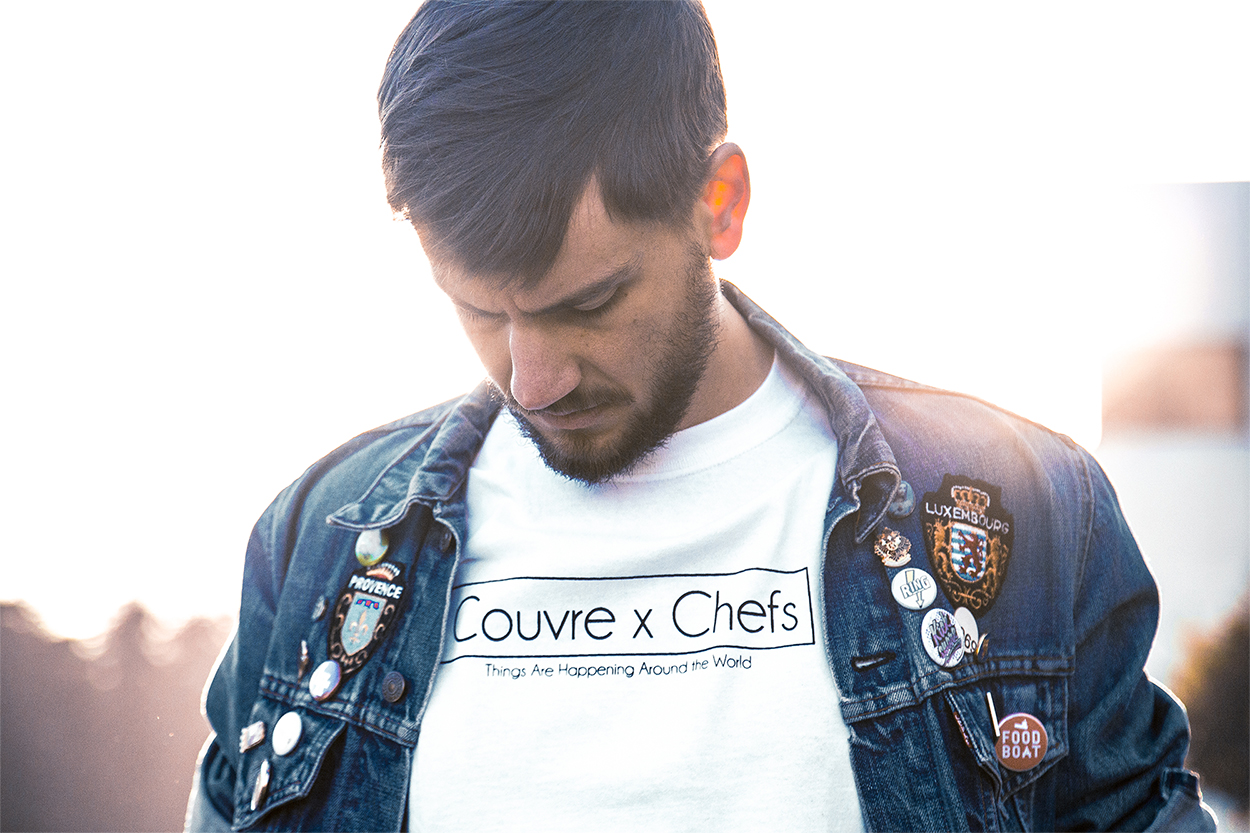 Philou aka me, looking at my tee CxC! Big up © Josue Eber for the shoot.
Mixtape representative of my DJ sets. 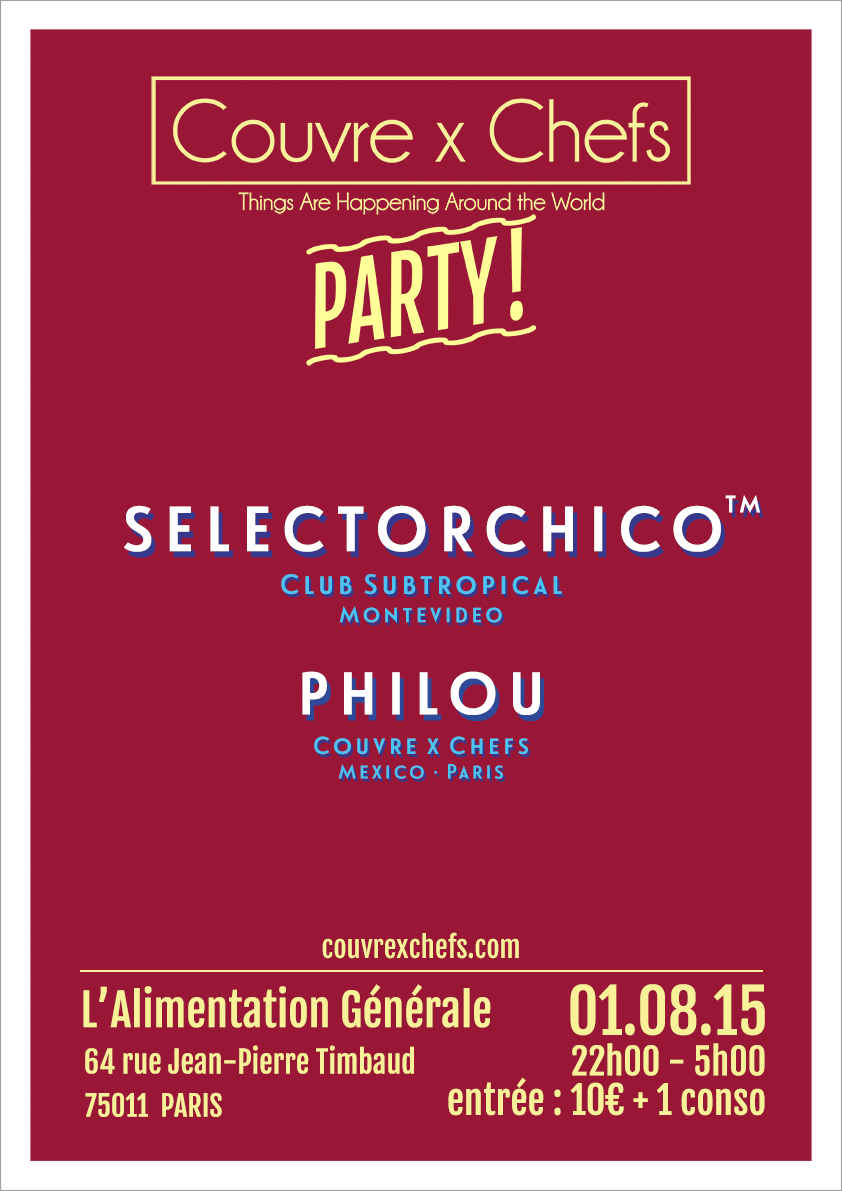 ↓ CONTEST : WIN TWO FREE INVITATIONS ↓
Share this article on Facebook or Twitter, and identify the corresponding account CxC (if not, it will be very hard to see your participation), we randomly select the two winners on July 28th at midnight (GMT+2) and publish their names on our social networks. Good luck!