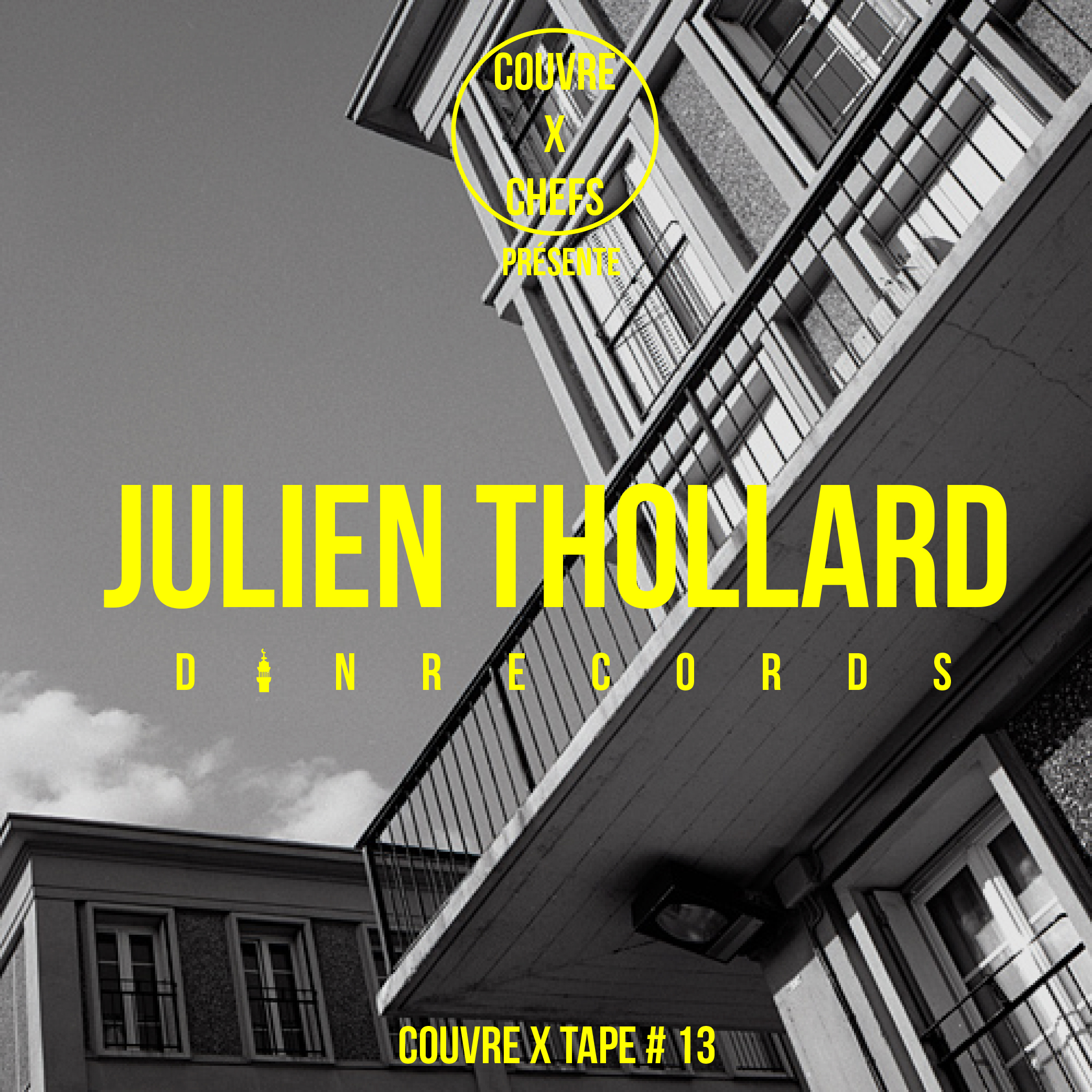 Julien Thollard has originated the playlist of the Couvre x Tape #13, which mix was produced by Philou Passe Des Disques. Julien is a project manager at Din Records, a rap label based in Le Havre (France) which manages artists like Alivor, Brav’, La Boussole, Médine, Proof and Tiers Monde.

Follows an explanation of his track-list :

Mon âme pleure – Ali
The best track on Ali’s “Rassemblement” album. I listen to this track when I’m alone. The ex-member of Lunatic has given a unique dimension to this song. The instrumental is exceptional and the lyrics are amazing ! A.L.I, you have all our gratitude.

Âge d’or – Deen Burbigo
Musically, Deen has evolved a lot since his first EP, “Inception“. The project is structured and the featurings were soundly selected. In this track, I overall note Deen’s speech, especially the last verse, to which I adhere by 100%. Special mention to my homie Koria for the EP’s original cover !

Minorité visible – Tiers monde
I must confess that on this one I defend my own crew. “Minorité visible” has became a classic, perfectly illustrating Tiers Monde’s universe. While waiting for his first solo album “Toby or not Toby“, and Din Records’ activity upsurge in 2014, you can listen to this song once again…Special mention to Proof for the instrumental !

Ra-fall – Lefa
The connoisseurs would never dare to say that Sexion d’Assaut is a variety band. This track by Lefa constitutes a proof of this. Lefa has reached an impressive meaning-style ratio on this. The placing, rhyme schema and flow variations have brutalized me. One of the best french rap kickers ！

Clean Shoes – Myth Syzer feat. Prince Waly
You got to look at the music video. I like Waly and his band’s concept very much. Many criticize the return to old-school rap, but when it’s done this way, there’s nothing left to fault. Heavy instrumental by Myth Syzer, and P. Waly takes the rest in charge.

Talion – La Boussole
Classic song from a classic album, “Le savoir est une arme“, from La Boussole, a crew which is affiliated to my label. If I work in rap music today, it’s mostly because of this album. A track to listen at 2AM out in the street, or chilling in a car…

J’éclaire ma ville – Flynt
I preferred Flynt’s first album. A real classic, which was unanimously depicted as a good album and that I still listen to. The eponym track is neat, comes along a very good instrumental. From the instrumentals to the texts content, this album has marked my youth. What more can I say ? Humble, simple and passionated.

Mal pour un bien – Mysa
It’s so difficult picking one of Mysa’s songs… This one isn’t even an extract from his album, but it marked me. As to his last album, it’s already a classic to me. I completely adhere to his simple writing, his speech, the themes.

Pas l’temps pour les regrets – Lunatic
Listen and don’t talk. Their album is part of my best of – top 3. A real testimony of the good / evil duality. The ambiance created by this duo is nonesuch. Projects with such a strong sonore and human mark are rare.

Paradis ou enfer – Kaaris
Yes, Kaaris hits on the youngsters much. Yes, you got to stand and face this. But, I would lie if I told you I hadn’t listened this track a few times. I appreciate very much Therapy’s instrumentals and the thematic addressed by Kaaris is common to me. Also, his placings are very good !

Devant Dieu – Espiiem
Espiiem, the artist who has marked me the most, recently. A sort of a 2010’s version of Ali with an elaborate writing, a good instrumental choice and a great technique. His EP is a real artistic work, which is shown by just the libretto.

Steven Seagal – Alpha Wann
I could also have included “Flingtro” which was a real slap, from the track to the music video. But this song « Steven Seagal » really is breathtaking, with very good lyrics, and illustrates well the cinematographic work from Phaal. Alpha’s EP is to me the best projects produced from the Entourage members (thus said, Jazzy Bazz free project was also very good…).