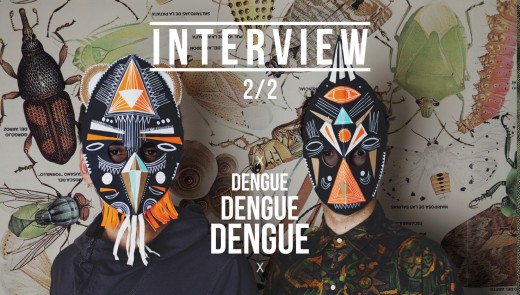 Read the first part of the interview.

The tropical bass in Latin America

Couvres x Chef: The Roots of Chica compilation, the New York label Barbès Records has had a significant role in the development of the tropical bass scene?

Rafael: Yes indeed! In Peru, a lot of music in this compilation is hard to find because it was released at a time when internet did not exist … there was just discs and vinyl … gradually all this music s’ is lost. Collectors came and swept all records!

The roots of chicha: Psychedelic cumbias from peru (part 1)

Sixta VJ: It’s quite cheap in Peru, vinyl cost less than a dollar so you come and you take everything.

Rafael: Now if you go to a shop you will not find these records, it is very difficult. What the guy from Barbès Records did is to compile all these pieces, and put them all in one disc. As incredible as it may seem that music is part of Peru … for better or worse! When people listen, they say «Wow! I already know some songs but not half! «Suddenly you discover names, you put yourself to look a little more … this compilation has been very important. Moreover they made two; the second is a correction of the first because that information was incorrect on the first volume.

Rafael: Composers etc … for example. There is a fairly well-known group of Lima called Los Mirlos. This is one of the main groups of Amazonian cumbia and full of their songs … are not them, but another band called The Wemblers. Was also invited the two parties that organized Lima.

CXC: How is the tropical bass scene in Peru? Which groups or producers are to follow in Peru and Latin America in general? Tell us about your events TOMA! And your Auxiliary collective.

Felipe: The TOMA evenings have a line up that is repeated more or less: included artists from Peru, and we always invite someone abroad. Among others include Animal Chuki…

Rafael : … Elegante y La Imperial, of which we will publish on our record label very soon. There is also Qechuaboi…

VJ Sixta : … good and also exchange with other people who mix, but mostly we want to invite three of them because they are really very good.

CXC: This is somehow the residents?

VJ Sixta : Yes, finally Animal Chuki is relatively new, they are very young , they have signed with ZZK and their sound is super good.

Rafael : Elegante Y La Imperial is one of those who initiated the tropical movement in Lima before we did.

Felipe : Right, the movement of the Afro step too …

VJ Sixta : This is a very versatile dj, it is full of style of music and smashes it all really ! It is very good!

Felipe : its deep house remixes too.

VJ Sixta : His strength was the house … By the way Qechuaboi plays without a computer, only with machines! His sets are super powerfull!

Rafael : Okay , nightlife TOMA! therefore calls on Peruvian and also foreigners . At first we invited many foreign groups doing the cumbia , and now we just want a little variety … the last example was invited JSTJR which zouk bass and is very good! That means Jim S.T jr.

Rafael : … good and also the groups I spoke before Los Mirlos , The Wemblers … it was the first time they played in front of people … so young , another delirium …

Rafael : For us it was fatal for them too. We were fascinated to see them play with an audience and if other young artists.

VJ Sixta : Yes, that is a very different audience that you would see at their concerts.

CXC: This is super cool just because it is the artists you sample yourselves or that you remix!

VJ Sixta : Yes! Los Mirlos were the first. I do not know … but I feel that it’s almost when they were invited to an evening TOMA that they opened to another audience. Today they play all the time in clubs … more “trendy».

Felipe : We did a remix for them and they are posting all the time on their facebook.

CXC : Your discs (La Alianza Profana and Simiolo remixes) came out in Chusma Records ( German label) and your last EP Serpiente Dorada is released by the Portuguese Enchufada ( Buraka Som Sistema label ) … there is no label that broadcast your work in Latin America?

Rafael : Yes! It even gave us our own label.

VJ Sixta : La Alianza Profana came out first on our own label …

Rafael : in 2012 … Later, after eight months, Chusma was reissued in Germany. . But in reality the whole concept, the entire buzz there was on this disc, which isn’t bad, is that it happened when it was released in Lima. When it came out in Chusma, many blogs had already deferred the disc.

Felipe : All the hard work was done in Lima, with Auxiliar any visual identity, everything is there.

Rafael : Besides, if we had not had the support Auxiliar out this disc would have been much more difficult.

CXC: Auxiliar so this is also your own label?

Sixta VJ : It’s three of us and two other friends, we are the collective and label .

VJ Sixta : This is Big Browser ! hahahaha this is us … and something more .

CXC : And you released other projects in Auxiliar as label?

Rafael : Before this album had already been out of things, but only online . It was more about electronic projects, less fusion. Now we will just develop more Auxiliar as label and is about to leave the project Elegante & La Imperial . This is also a CD….

Rafael : … to work better and that you can buy the discs online. We are in the process. We want to support the projects of guy we spoke above, and others in Latin America … or the rest of the world does! 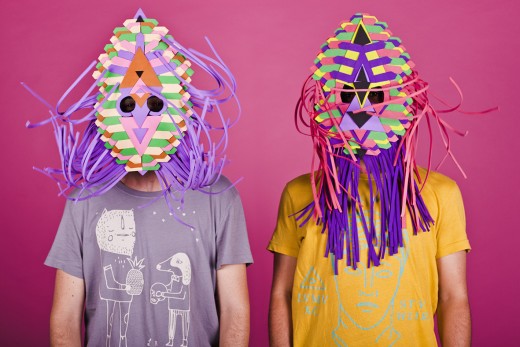 CXC: When you first came to play in Europe, how did it happen?

Rafael : Last summer. We came for a tour of 14 or 16 dates, it almost turned into two months. It was deadly. There was everything! On some dates that it was not too, but the majority were very good especially the Fusion Festival in Germany…. I think all the dates we did it, we were the most “specialized” in the style that we do.

Felipe : There was a whole tent dedicated solely to Latin music.

VJ Sixta : It was a bit of a ghost carnival on the night he was covered in neon !

Rafael : After we came in France, we played in a festival called Col 1000 which lies on the border with Switzerland in the mountains. It was too good, we played with Puppetmastaz etc … We played in France, Spain, Germany, Prague…

CXC: How did the European public react to your music?

Rafael : I think here it’s in the culture and more widespread in Europe. For a European it’s easier to listen to music from other countries. We come from Peru where we listen to Peruvian music or pop from the United States, that’s all. So if you can and you play the Hindu or African music, it is very hard that people listen to you because there is no audience there. In Europe, however there is a lot of immigration from various countries and it gives people a richer general culture.

VJ Sixta : They didn’t understand what was happening but they were dancing ! hahahha

CXC: What was it like in Marseille two weeks ago? (Note the interview was conducted on April 2)

Rafael : The purpose of the trip was to go to Marseille for a more extensive tour in the summer, and find a booker in the south, it was a festival promoters. In fact at the beginning we were a bit stressed because it was one of those festivals “world music» type, but it’s was great , everyone was dancing !

CXC: We, French or European in general, dancing wrong?

CXC : What do you think of the European music industry ?

VJ Sixta : They have a cool project, which looks a bit like what we do, they VJing is a little more complete … for me, it’s worth it .

Rafael : They are in a frenzy … a little tropical, but there are groups that are not tropical but that influence us enormously: bass music that’s English, German, that’s what we actually listen to the most .

VJ Sixta : For example, if Modeselektor happens we will start run after him like groupies ! hahaha

Felipe: Our influences at the very beginning was Aphex Twin, Squarepusher, etc … Imagine making cumbia ! hahaha Good Señor Coconut and of course , he lives in Chile but it is German. It has thousands of projects! He was one of the pioneers.

VJ Sixta : It was the first to really make the electronic cumbia .

CXC: What are your future projects?

Felipe : Back in the summer, to begin with, and the idea is to have enough time to bring new components . It would also be to release a compilation in Auxiliar with artists from different parts of the world, focusing on the “global bass” music … as it’s called!

VJ Sixta : It would be a mixture of Peruvian artists , foreigners … we are still trying to define everything.

Rafael : Okay, and then I do not know when, but at some point we would like to release a new disc. It’s not work in the idea of ​​making an album, it is rather our stuff, and at one point we said, “Well with this we made ​​an album.” We do not work to make a record, it is slowly given form.

Felipe : The concept runs itself. Everything we have done has always been like that.