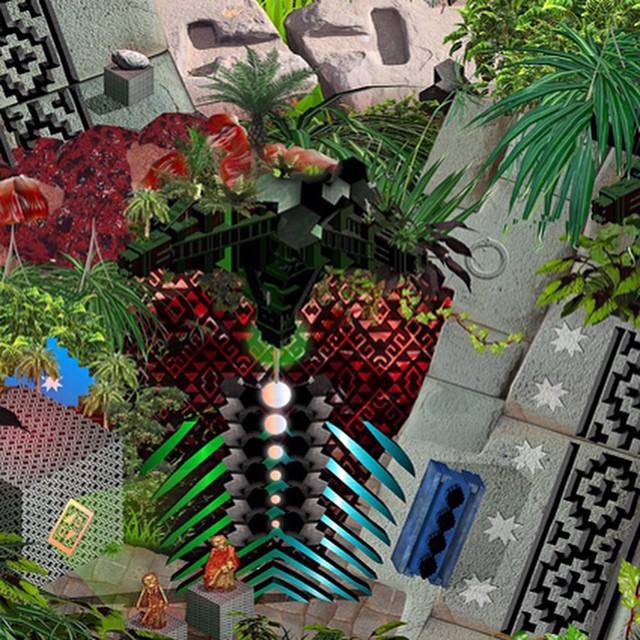 Here’s a name I had not yet had time to put on CXC, it is such a relief to finally get there: A Chilean producer Imaabs has catched my attention for some time now. Affiliated (among others) to the connoisseurs’ circle of Peripheral Rhythms of the Mexican capital, I named the NAAFI label, Imaabs spreads and composes music that could not be any more innovative and relevant.

To introduce the artist, we can say that the productions and sets of Imaabs draw their strength and energy as much as from club music (jersey club?), it is strong in various basses and other grime movements, as in Afro Caribbean rhythms such as Dembow and Reggaeton. And the result is explosive.

The most recent project from Imaabs is a compilation of four bootleg entitled #Pack 001 (Latin Bootlegs). For your convenience, a bootleg is a song from the combination of different pieces of tracks such as rhythm from one and singing from another.

On the menu for the compilation we can find:
· The OMW – Velocidad (Imaabs Rework),  a rework of a mysterious title that seems to come from Seattle, listenable here.
· What follows now is the track White Noise (Dembow Rework) recently published on his previous project Volume 2 of the “World Series” by the London label Trax Couture.
· Dj Bboy – Moh Cota X Aparentemente (Imaabs Bootleg) is a bootleg in which the instrumental of the Portuguese producer Dj Bboy meets samples of the voice of Puerto Rican Reggaeton star De La Ghetto.
· Drippin – Idonou X Ay Chico (Imaabs Bootleg): the ultimate very successful bootleg, allows to mingle completely different worlds: The Norwegian producer Drippin and the famous Pitbull.

You can listen and download for free the whole compilation right here:

Imaabs’ job is extremely dense and interesting, the output of this small compilation allowed to talk briefly but strongly about him, Couvre x Chefs encourages all of getting lost on his soundcloud and be on the lookout for his many mixes, compositions, edits and other bootlegs published frantically. I am looking forward to sharing this mix made for the excellent website Remezcla last September. Certainly one of the mixes I’ve heard the most in 2014.