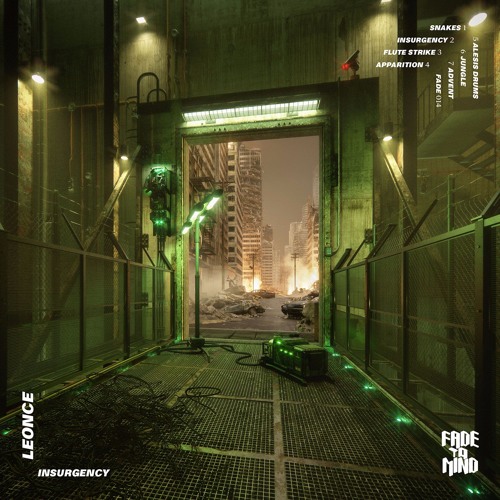 The Atlanta producer has been in our radars for a while. In the middle of 2016, Leonce released his free mixtape heatwave HEATWAVE, bringing us into his musical universe with eight bootlegs of r’n’b (Keyshia Cole, Beyonce, Tory Lanez) merged with bounce music. But what is bounce music ? A genre born from hip-hop, precisely from Atlanta’s iconic Dirty South music, which is recognizable by very energic rythms and singing voices on choruses.

Leonce’s first official EP is available since a few days ago on Kingdom’s label, Fade To Mind. And considering the quality of Flute Strike, his whole EP promises to be one of 2017’s finests.

Head to the official Fade To Mind online store  to order the vinyl of digital version (24/04) of Insurgency.

Here’s the latest Fade To Mind session on Rinse FM: a special take over by the ATL DJ and producer for a 2-hour set full of rare gems.