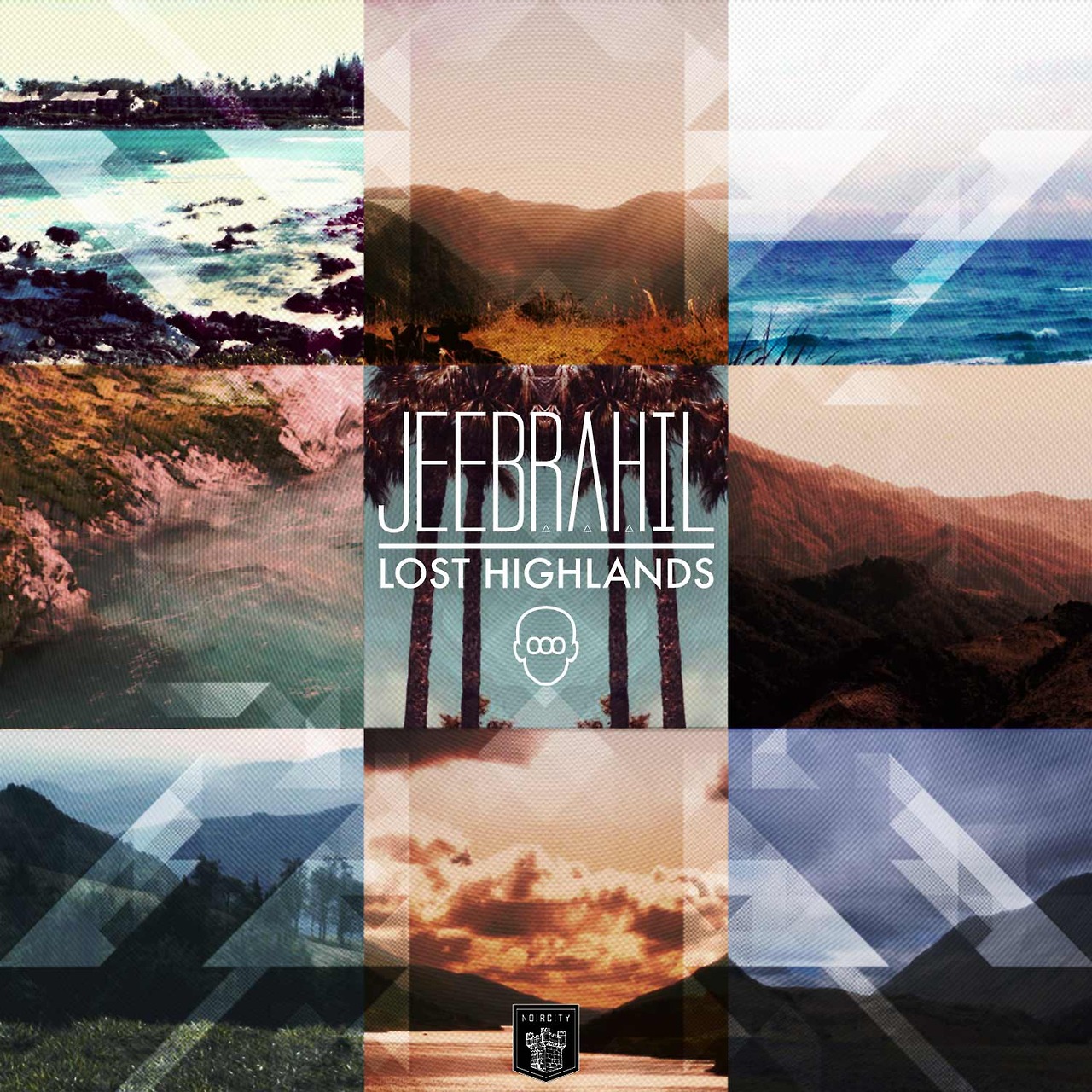 Lost Highlands, Jeebrahil’s first album out next July the 5th. To celebrate, the label Noircity has organized a release party at Bliss Paris (Food Love and More). The opportunity for us to meet this unusual character whose musical universe is divided between Electro, Hip-hop and Gwoka. Appointments made at a café Etienne Marcel, on a rainy Sunday afternoon, over a beer and a vanilla tea.

At some point, we must implement these plans.

Jeebrahill is that kind of character apart, with a burly mixed with a dominant sensitivity. Nike Vandal on his feet; Crooks and Castles shirt, and headgear on the head, the gentleman delivers. Uncompromising. In early 2012, he left the job he held as a webmaster for a Microsoft partner to pause and focus almost entirely on music, “because he had too” and “at some point, we must implement these plans”. Just that, it speaks volumes about the determination of a man. But you still have to fill the fridge and pay rent. At the same time, so it continues to work as a freelance Web Project Head. With this in mind, he went to London to see a friend whom he built a website. A trip very “training”, which brought him an “open mind” and “a lot of inspiration” for his musical projects (he has not been afraid to spend 300 pounds on vinyl …).

The Gwoka is born during the slavery when slaves after their hard day relaxed themselves and carried on the music of their ancesters.

In February 2012, on his return to the French territory, the friend involved in Hip-hop Kreyol Live Session at Barbara Centre Goutte d’Or with his friends Monk and Akuji (members of the quartet SineSquare). Public reception reinforces the idea to persevere. In spring 2012, the bug continues to release remixes on the internet but the click occurs with that of L’eau qui dort (Artik Ripklaw and Gide 6000, available here) initially on the B side of Slum Village. Through homies Detroit Concept, he rubbed Ripklaw (Artistic Director of Noircity) who asked him to join the team of black city. “Noircity is the family, a group of friends” that allows him to “have a sincere return on his work because nobody gets gifts in the team.” Unity is strength, “we’ll move forward together and we support one another”. His remix still work well and turn on the radio, playlists and blog world: Korea, Australia, Tanzania, the United States or Japan … The remix of Erykah Badu (including that of Honey available here) allows the beatmaker to keep both feet in the game … tired of always releasing remixes on Soundcloud, Jeebrahil began work on a first real project, though hates that word because “too vague and not specific enough and popularized”. Adventure Lost Highlands takes shape and is built over time. Originally an EP, it turns into a real album. An album that will combine Hip-hop, Electro and Gwoka. Its three main sources of inspiration. The Gwoka? This is the traditional music Guadeloupe (including figureheads are bike and Guy Conquette). He was born in the days of slavery when slaves communicated between them with drums … Jeebrahil, he discovered music through his family that grows him into Gwoka when he was 5 years old. So he had to “pay tribute” on his first album. Live is his sidekick Akuji dealing drum.

So Jeebrahil is a little above and the inventor of AmbientHopKa, whose first full-length album entitled Lost Highlands. A true solo project created from scratch, which is not based on any sample and is not accompanied by any voice. A desire of the artist who wants “everyone interprets his music and shaped his world”. Its own “lost paradise” somehow, his Shangri-la … But what can you expect with Lost Highlands? Simply the “Hip-hop mixed with Electro, where a tinge of Gwoka is added”. A project that took a whole year to be finalized. Total: 9 tracks (hence the nine vignettes constituting the artwork of the album Jeebrahil appointed by himself). Why new? Because it is “attached to this figure”, he was born on June 9, he was “a fan of Jean-Pierre Papin for Marseille time” [NDLR: Jean-Pierre Papin is a french footballer] and that the “number worn by Jordan 92 in Barcelona”. In the end, Lost Highlands is a project that looks like it was built from A to Z, which pays homage to its origins Guadeloupe. 56 minutes to travel. 56 minutes to escape. A dream project that later will be out “out on vinyl” to “give it to my mother’s own hands and make it look“… Now he wants to live in defending this album on stage. Live. And go to meet his public. Without going into too much confidence, it also would “work with MC’s or singers …” … The story is just beginning. Appointments made on July 5 to hear the abum at Bliss…all info here.