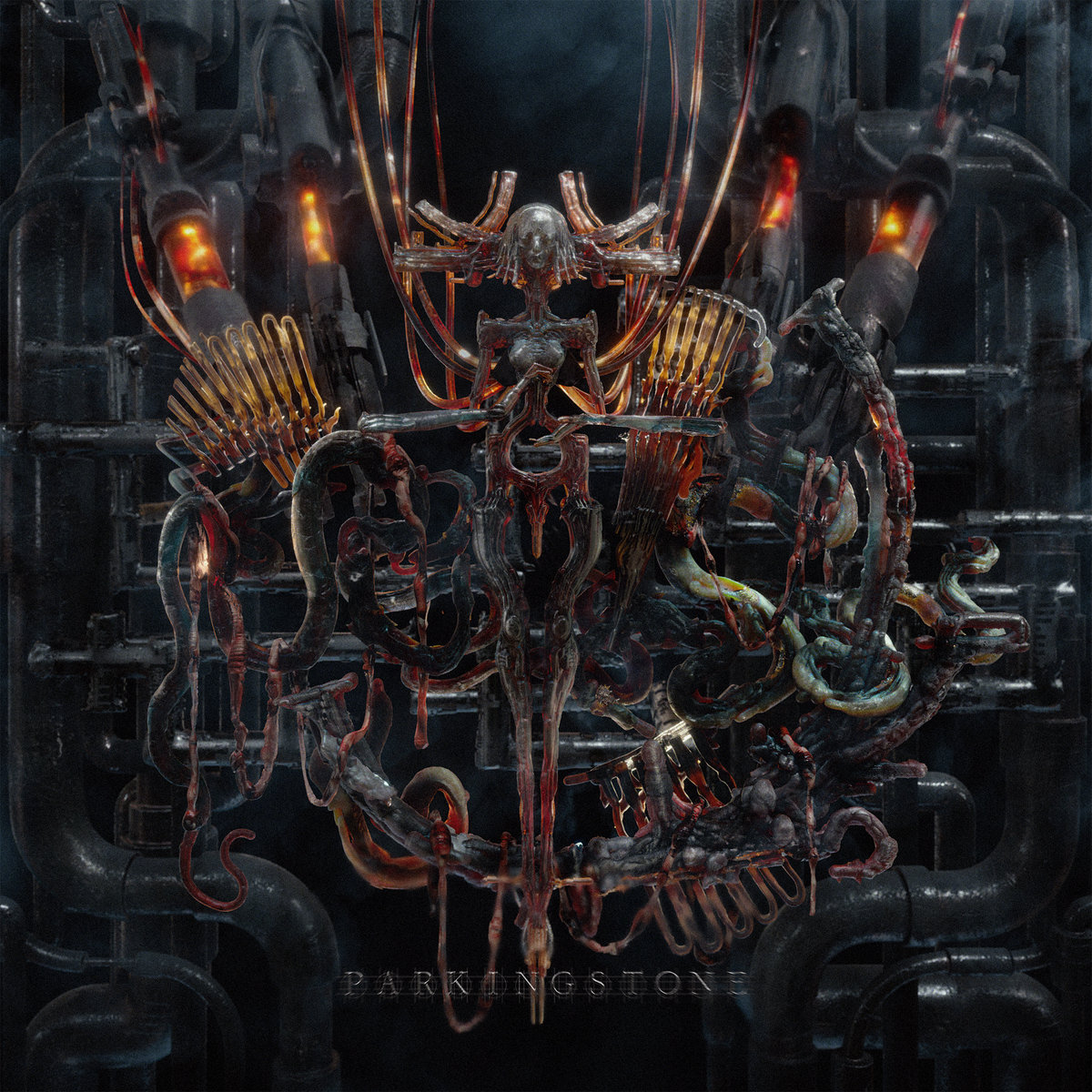 It all starts like a strange atmosphere, a bittersweet atmosphere, something that stagnates a little. Like a faded party, sad but pretty, like an expectation, like something that is there without being there, that you don’t dare to touch, that you don’t really dare to consider. An atmosphere almost of contemplation. Something of asceticism, very melodic, very tense but in restraint, towards the idea that perhaps something is going on underneath this repetitive and harmonic layer of Coby Sey.

Then it’s the whole ParkingStone compilation that spreads out following this mode, this ambiance, this atmosphere, this something a bit dull that points everywhere but that we find hard to distinguish, this something of the intense life that is missing from all our living bodies. You can feel it, it comes up with FAKETHIAS or the Spirit Liberation Front, it is a poetry that crosses with CECILIA, or other melodies with ssaliva, dasychira or nunu, or other strange and bizarre atmospheres with Yikii or kittens in the bin and then this memory of the party, the one that hits, the one that lets off steam and frees the bodies, with PTWIGGS x FALSE PRPHT (not without reminding the missing B L A C K I E and Death Grips), or Cnámha.

Virgō, which is already ParkingStone’s third compilation (after the triptych Dandelion and then Blist), undoubtedly maps not so much of the party – its existence is so small right now that it is an understatement to say that we are waiting for it to be reborn – but precisely of this expectation of life itself that stopped more than a year ago. But not in the mode of “long live the return to normalcy”, rather in the mode of “we are here, we are muted, underground, hidden, covered, but we are going to give birth to something, something entirely new and liberating, something of the order of collective emancipation at a time of generalized self-management of life. We exist”.

“Et je voudrais mourir pour te revoir encore” (“And I would like to die to see you again”), says CECILIA in her snowy poem, perhaps it is this world of a gridded life managed like a start-up that has to die so that we can see again something of the order of life itself, free from the biopolitical hell.

Virgō is something like the atmosphere of a slow, inordinate wait, the memories of another life, the melancholy of a liberation yet to come and it is once again an opus, more than successful, in which we see the outlines of a scene that continues to hybridize, to question, to make suggestions, to be lively and powerful, to be radical and thus to renew the possibilities of a tomorrow that is yet to come, without any hierarchy of continents, peoples, or genres.