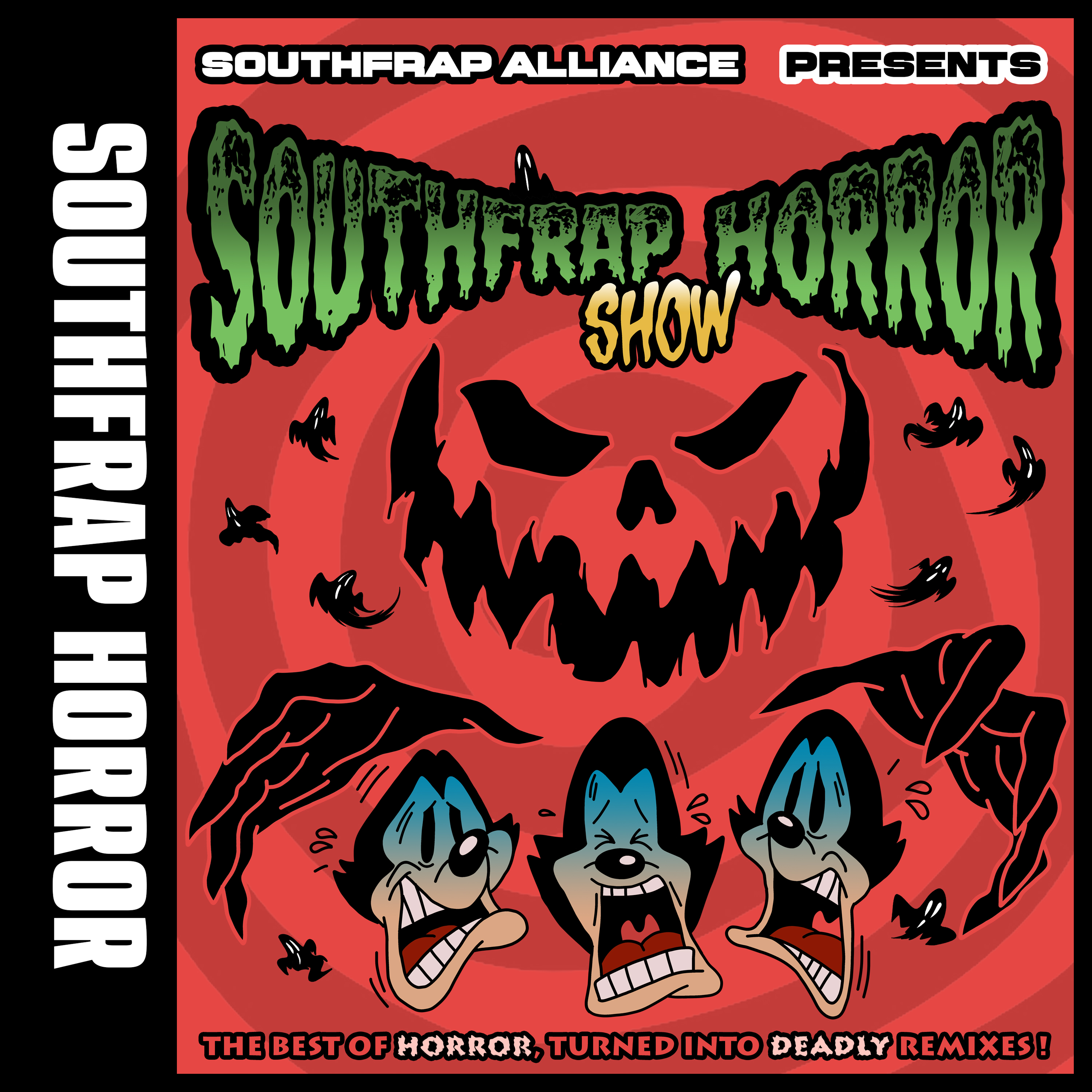 Southfrap Alliance: the local crews are the future of global insurrection

The Southfrap Alliance is back with a compilation that looks nothing more than a mix between the Rocky Horror Picture Show and a Thunderdome compilation.

15 titles to celebrate the Day of the Dead, and export the Southfrap to the orbit of the planet France.

15 tracks that mix Happy Hardcore, Techno, Trance, Gabber and other sub-genre of tabasse that gradually define the Southfrap as an autonomous genre.

But for this second opus, the Southfrap alliance has decided not to stay in the south of France, inviting DJs of the great Parisian sports foe (Boe Strummer), or the great Breton ally (Mr. TouNu), as well as very productive northerners (Shtelamei). Northcore, frapcore, breizhcore, are therefore invited to imagine an increasingly national alliance in the spirit of the best free parties (which the senate has just hardened French legislation…).

We also find of course the crème de la crème of the Southfrap – Bogoss Lacoste, Knut Vandekerkhove, DJ Virage Sud, DJ 13NRV and other Seul Ensemble – which enliven the Southfrap parties in the creeks of Massalia.

A compilation which affirms little by little a particular kind, a spirit of celebration. A Hardcore spirit with all the sub-genre that can compose this denomination, and especially the spirit of a local crew that does not lock on itself. On the contrary, “outward” invitations tend to reinforce and create a clean style, something that sounds really Southern. A party spirit hardcore so, but also free, free in references, free in interpretations and especially free in these festivals. A compilation that also shows that it is still possible to invoke the Rocky Horror Picture Show and some other spirits on Halloween night.

It is not yet easy to define the Southfrap, but we already feel this southern touch in a way to address the hardcore, perhaps more hybrid and more transversal than the current neo-gabber.

Southfrap Alliance shows in any case that there is something to play culturally in the territories, the local is not the enemy of the global quite the contrary, and the soil Southfrap has the merit for the moment to get rich each opus of new density and new partnerships. An approach that does not come from a centralized vision of the Parisian party, on the contrary … If the Southfrap Alliance says one thing, it is that everywhere, where you live, there is a breeding ground to build a sound, a scene, and especially parties. Hybrid parties where the sharing of the same passion, becomes the possibility of conquering new territories both festive and political.

Local music is the new global music. The local crews are the future of global insurrection.

We invite you to stop especially an ultra hybrid piece from Knut Vandekerkhove that says well the spirit of the compilation and reinterprets clothing sounds classic Thunderdome, version Day of the dead gabber worrying:

And on another completely hybrid piece WTF Balearic Hardcore on a Techno base, Seul Ensemble‘s one:

Finally, Halloween is not just a vast humbug emptied of its substance. Take out your most beautiful magic invocations and light up the Southfrap Alliance.

Southfrap Horror Show is available on Bandcamp but also on Mediafire.