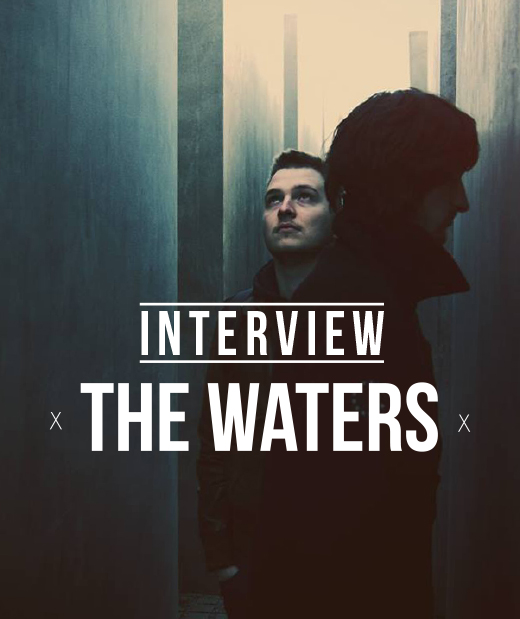 Interview with The Waters, producers at Noircity

This week we had the chance to ask a few questions to Nancy producer duo The Waters. Before you dive into reading this interview, (re) discover their latest mix created exclusively for CxC: Couvre x Tape # 15 listen right here:

CxC: The Waters Hi! To begin, can you introduce yourself and tell us your name?

The Waters: Hi CxC!
We are The Waters, an electronic music duo based in Nancy. Our group has been around for 3 years and we have released three EPs on Noircity label, Alpha, Beta and Delta.
Our name derives from the title of the group Electric Wire Hustle  who follows him even as a Common, Electric Wire Hustle Flower, sort of a dedication to artists we enjoy.
In addition, The Waters represents for us the result of music influenced by different musical styles, like rivers flowing into the ocean.

CxC: Travis, you know your beats for Eff Gee from L’Entourage (french rap collective). However it is Romain we have no info about you before The Waters and your excellent DJ sets … Can you tell us more about your respective careers?

R.J Henry: Regarding art, I had a career as a dancer from a young age, I approached music production much later. I’ve always had a fairly instinctive relationship with sound and passion took shape by creating The Waters with Travis.

I went from room productions of boom bap style to a finer electronic music, which suited me more.

Travis Brickman:Outside The Waters I mainly produce rap songs, there were two collabs’ with Eff (Author’s note: Eff Gee from L’Entourage) effectively, but it is getting old. More recently I participate in the album Espiiem by calling Vaulting title Haute, and have worked with Will Hill, an Atlanta rapper, also some beats in the Ripklaw EP. Besides all that I’m working right now on the first musical project that will bring together almost all the label artists Noircity in which I produced a lot of songs.

CxC: How would you define your style?

CxC: How did the project start?

TW: The project was a joint push on our music to further envy, out of what we were doing them both solo and finding our sound to us, unashamedly.

CxC: What are your influences?

RJ: Music in general of course, our ears are very influential … but otherwise it is fairly internally approach, even unconscious. Music that speaks to us when we create it, for no particular reason premium on board, but after that can lead to various personal feelings.
TB: PI am personally very often influenced by images. If I see a photo, film, artwork that I like, which gives me some emotion, I will want to recreate that atmosphere, the emotion in music. I think that is what helps me the most.

CxC: Regarding the composition, how do you work?

TW: We do not really have a precise methodology, I think simply, we arrive at the studio, we light machines (and coffee) and off we go. We also work everyone on our side by having to listen to our ideas, and rework it together.

CxC: You’re part of the collective, label … short of “artistic nebula” as it is called by its founder the homie Riplkaw, Noircity. How did you hook up? Can you tell us a bit on how it works?

TW: I think we met Rip at his old shop Ruff Draft and around some discussion, and trying on clothes we gave a listen to everyone of our beats. He was interested in our universe and I proposed at that time to release our first EP on True Flav label for which he was artistic director, he then created his own label Noircity, we followed to complete our trilogy. This is a good support for us in terms of network management, graphics and tips…

CxC: It was discovered with your trilogy of EP, Alpha – Beta – Delta, can we explain the concept of this series? How did you decide to leave not one but three EPs?

TW: The idea of this trilogy was to have three projects each with an aesthetic and a particular direction, forming a coherent whole. It was also an opportunity for us to get out short projects and regularly, what was for us a good year of production.

Teaser of Delta, third EP from the trilogy!

CxC : Three EPs, a live out in an elegant physical version … what are your next projects? Dates planned?

TW: We are currently a lot on machines with the preparation of a future EP that will be launched very soon, and that will be a first physical release for us. The EP will be accompanied by the music videos, which will also be a first and a great desire to put our music in pictures!

We were on stage on May 2nd at TOTEM (Nancy) as part of the festival Week of the Improv.

CxC: What is currently running in your iTunes library? A title that ignites your soul?

RJ: A lot of things, it’s always hard to choose … But I think the first EP of The Acid will be my first choice!

TB: I do not listen to a lot of stuff actually, when I come across something I like I bleed. It will soon be a full year since I’ve been listening regularly to Yeezus from Kanye West, I do not grow tired of it, I could talk for hours. I also listen very often to Women of Rhye, one of the most beautiful thing I have ever heard. So I still listen The Love Below of Andre 3000 but it is a kind of old.

CxC: A dream collab, it would be with who?

Follow all the news from The Waters on their fanpage Facebook.
Get their free EP’s and all other outputs Noircity on their bandcamp.
And we leave you with a live shot at the Nancy Centre Culturel Georges Pomp It Up: