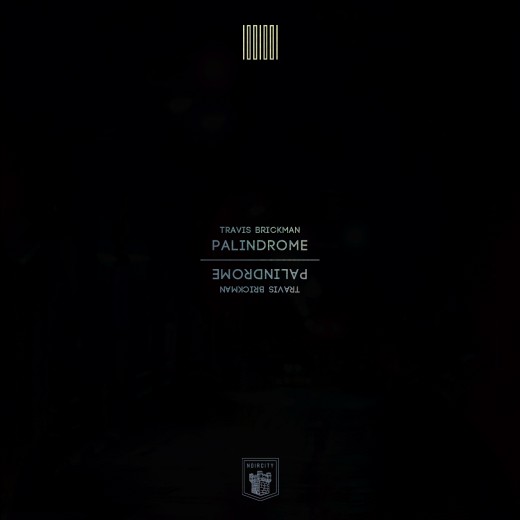 Prominent member of the black city, I named the intriguing stable Noircity, we have had been accustomed for some time to find the beatmaker Travis Brickman alongside his friend RJ Henry in their interesting electronic band The Waters (session leveling: read the interview and listen to their awesome Couvre x Tape exclusively produced for CxC right here). This time it’s alone that we find a producer with many hats (5 panels): Travis Brickman delivers Palandrome, his first solo EP entirely instrumental. With cross collaborations with other beatmakers (Underlying from Nancy and Lau P), but no MC is part of the trip this time. Take the opportunity to recall that Brickman has a number of collaboration in the current rap scene: Eff Gee (L’Entourage), Artik, Ripklaw, Espiiem…

Noircity and his producers of the night

All the 8 tracks (7 and an unpublished remix) were composed by Travis during the last two years; they are usually quite short and reveal a facet of the producer we did not know. I would venture to assume that his experience with The Waters influenced his vision for the production, at least on this record.

Like the last EPs by James Lega out on Noircity, Travis Brickman delivers his own version of the beats that we like to say we will delight in the middle of the night.

Visuals signed by Hanamatsuri and Ripklaw

Note the presence of a nice digital booklet in the free download version, which includes a photography of Hanamatsuri, also of Noircity. The sensitivity of the maid added visuals is very welcome, part of the overall coherence of led Ripklaw (founder of Noircity) project.

Despite a somewhat discreet exit Palindrome is a beautiful digital object and we can only encourage you to get it.