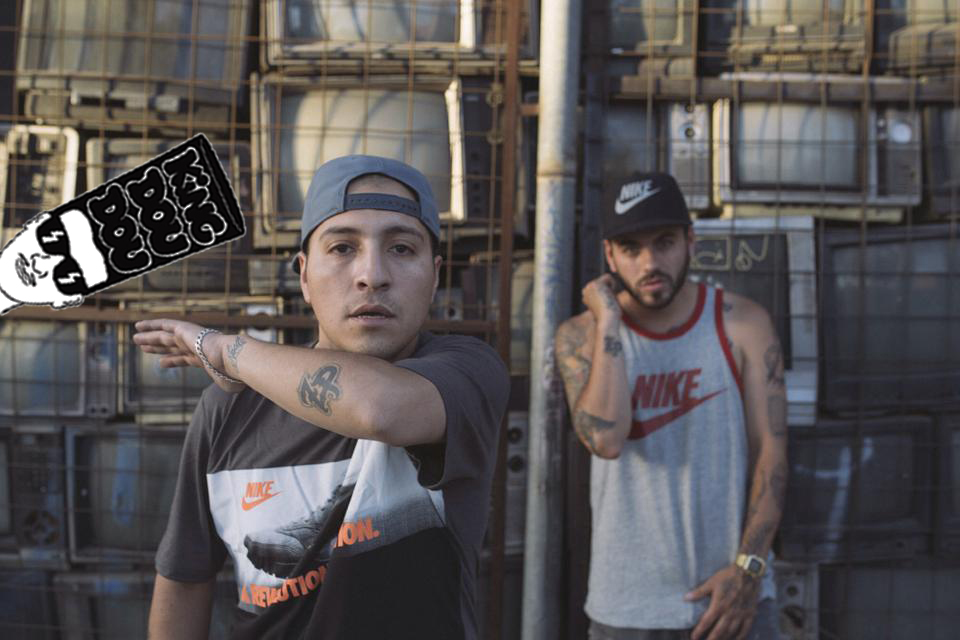 The Chileans rappers from the band Zonora Point (Camileazy and Jamez Manuel) just deliver a succulent video clip for their hit Pon Pon. The smoke-filled track was released last June on KD Compil #1 of the homie unique and transatlantic King Doudou, author of the prod of the song. Don’t hesitate to read again my interview with Hugo Douster who talked to us about his new aka King Doudou few months ago.

Nothing could better describe the song like an explanation of the two rappers: It’s a song with a minor thematic, but with a cool rhythm, which send you far away and makes you want to smoke. We recorded it last summer in such a precarious studio improvised in a bedroom behind my house (Camileazy) and it is one of the numerous that we have recorded for the next ZP (NDLR: Zonora Point) album entitled UNITED which will be published during first semester of 2015.

For our Mexican friends, Pon Pon has announced also an amazing tour with Zonora Point and King Doudou, who will make Mexico to dance during a few weeks in March / April. The two entities will gave an exclusive live act that shows promise! They will be at festival Vive Latino in Mexico City on March 13th… and it is very probable that we, at Couvre x Chefs, talk to you again soon about this tour ;) stay tuned!

Zonora Point is a reference band in Chilean rap, active since 2007, they have already published a lot of mixtapes, freestyles, EPs, rare tracks… Pon Pon is not the first collaboration which they have made with the french producer Hugo Douster, we can list for exemple:

Huachita Rica remixed by Douster in 2009 and published on compilation ZZK Sound Vol. 2.

The mixtape Puerto de Palos out in 2010.

Or even the EP solo of Jamez Manuel Agua which was the first release of the catalogue of Mexican label NAAFI.