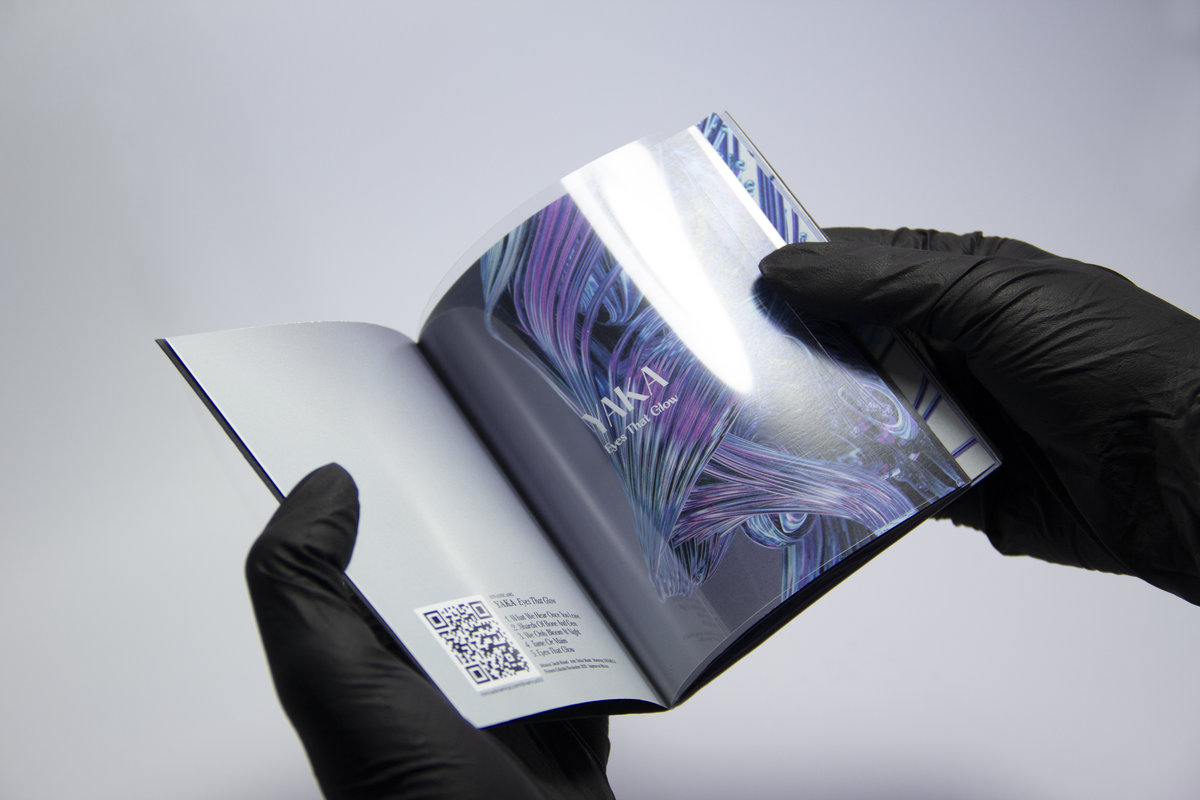 Eyes That Glow is a melodic driven composition that explores the most narrative sides of club music. A fantastic gapless musical piece that portrays epic tales and delves into the most emotional side of ambient and trance.

Yaka is the musical alias of the Pittsburgh-born, Mexico-City based composer and sound artist Jacob Rosati. Rosati’s audio approach verse on the intersection between mild explorations on organic sources – including high-quality treatment on field recordings – and immersive layers of delicate sound design. Under his Yaka pseudonym, he delves into captivating explorations on sonic landscapes in the shape of uplifting and hypnotizing experimental electronic music.

Originally conceived to be broadcasted for his radio show and netlabel Inner Most, Eyes That Glow is a continuous musical piece divided into five movements; a composition that goes from ambient soundscapes to deeply intimate melodic interludes with euphoric dance arrangements immersive in a magical story-telling aura.

This Yaka mini-album is the second release from Mexican imprint Rítmica Dinámica, a small label that highlights the meticulous approach to the output of their music. So far, they have presented their only two releases in handcrafted box-sets that expands the value of the music they present in the form of collectible mini-book series. It is rather uncommon to relate physical objects with club music, but it is precisely this intimate commitment to the display of music that makes every aspect of Rítmica Dinámica releases feel pretty detailed and polished.

Each fragment of Eyes That Glow is as beautiful as it can be. Inspired by high fantasy stories, this album is an invitation to otherworldly encounters: insects flying and bonfires cracking in the distance are the first things you will hear in the overture « What We Hear Once You Leave » as epic melodies from fairy instrumentation announce the beginning of a fantastic journey.

This epic orchestral cut builds up into « Shards of Bone Explores », which is an exploration of the deepest and most powerful side of trance. Composed of heavy sub-bass driven breakbeats and hardcore vocal arrangements, the severely processed sounds, and samples make this track a reminiscence of the classic 00’s multifaceted hardstyle era.

The dramatic distribution of overwhelming moments is a highlight of the record, take for instance « We Only Bloom At Night », the most emotive segment of the album where dreamlike compositions extract the most passionate side of the medieval-inspired arrangements with the help of a stirring gemshorn and a synthetic ambience with a mythical aura.

With the roaming of mysterious creatures and alien cicada sounds that appear on « Tame or Maim », it’s easy to imagine the surreal universe in which takes place this unearthly soundtrack. In the homonymous cut, the organic guitar melody that introduces the track slowly builds up into an anachronical trance ecstasy. Shattering pointillistic synths delves uncertain moments of hypnotic mantras in a strange yet astounding amalgamation of dark ambiance, jungle breaks, and a feudal-inspired refrain.

Eyes That Glow is a highly narrative record and the wide range of carefully crafted sound design across the album extrapolate a landscape full of vivid acoustic images that can easily be related to any fantastic imaginary. As Yaka has marked out in the description of the record: « Is the melting away of the surface world, a descent into the midnight zone, a dilation of the heart. »

It is a complex yet beautiful amalgamation of the most intimate possibilities of trance, and Yaka showcases it in the most intense way by strikingly showcasing the innermost dramatic qualities of ambient, sound design, and hardcore. Eyes That Glow provides the conditions for an epic futuristic tale yet to be told.