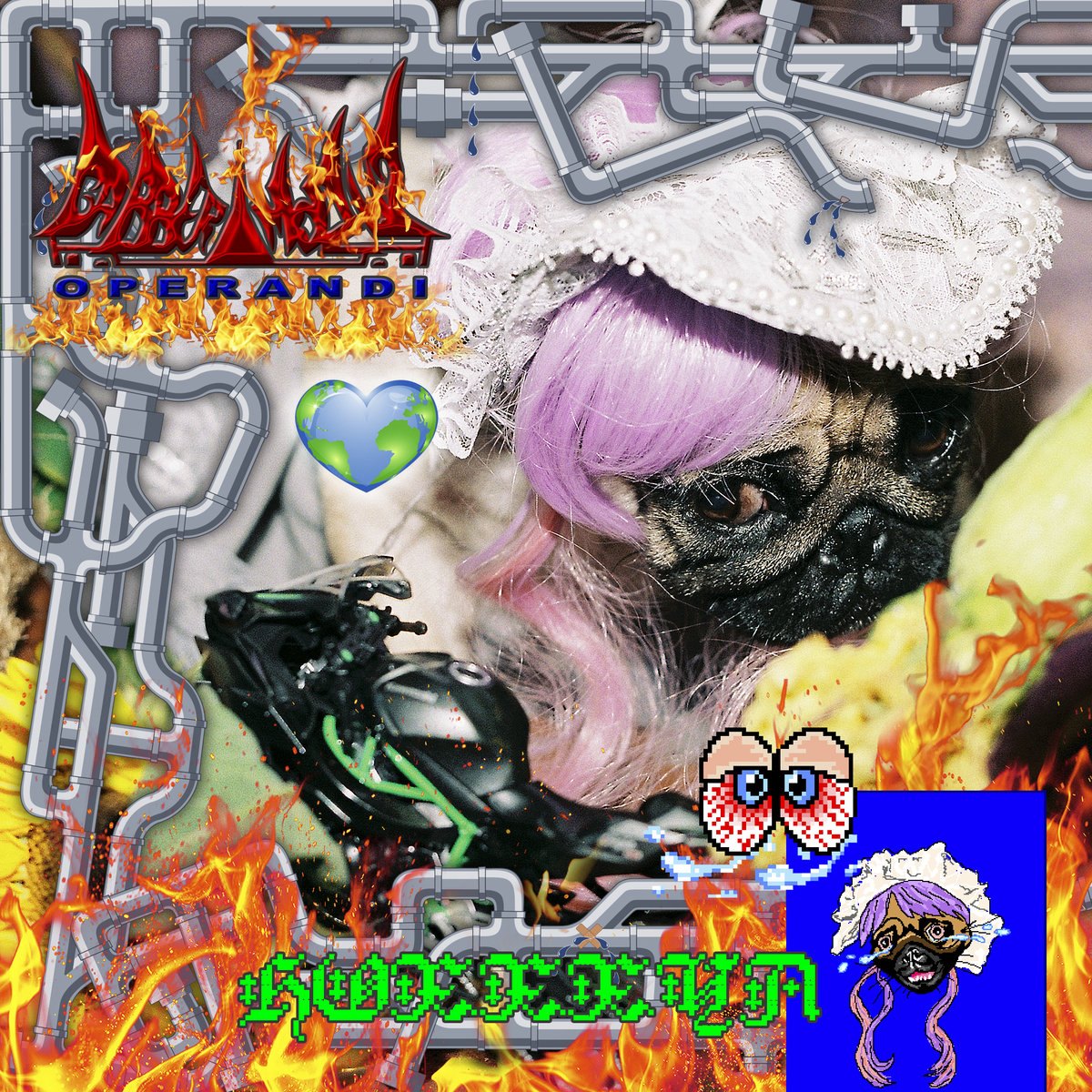 Dear reader, it’s time to stop what you are doing right now, to take a seat and to listen closely. SVBKVLT, the excellent Shanghai-based label, has just released an incredible album, we are not going to list the amount of bangers that this most-important label has released in the recent years / months, but I can assure you that it is of the highest quality.

No more compliments, let’s dive right in it.

If I told you “Indonesian Gabber”, you would answer : “Come on stop your bullshit ! Enough ! We all know it’s a European tradition of angry men under influence or little parisian nerds, or even football fan.”

You would be right, and yet …

Gabber Modus Operandi comes from Indonesia, and with HOXXXYA, even if we can not call it Gabber per say, in a way we are still right in it. A beautiful Gabber chimera that mixes the influences of gamelan (traditional Indonesian ensembles, especially Javanese and Balinese, where we find a lot of percussions, including gongs and other metallophones), metal and noise Indonesian rave scene Denpasar (a city on Bali), Dangdut (a kind of Indonesian folk-pop) and Indonesian happy hardcore. Well then it was a lot of things to assimilate to listen to this release, but the trip is worth it.

Basically, it really kicks, and when I say it kicks, I really mean it. And not only through bass or BPM. There is quite a lot of work done on each pieces, and especially on the melodic construction and the levels of the different layers of sound. For example in the first track that is a bit of an epic intro to the EP “Genderuwo” if you listen closely, apart from an epic odyssey of a Koudlam album, we can distinguish songs choked to both metal and more traditional elements, but also patterns from gamelans, including gongs. All in a phenomenal ascent pumped with a good kick drum.

We spare you the full tracklist, we also strongly recommend listening to headphones or high volume, but overall HOXXXYA is a bomb. On the 8 tracks, we take really strong shakes as we can like it, and especially it is a disarming inventiveness. The Happy Hardcore, Metal, Gabber, Gamelan or Dangdut motifs cross each other perfectly to produce rave hymns, which one would be eager to see in a vacant lot, an undergrowth, or a neglected car park.

Once again SVBKVLT unveils a pearl that tends to show that Asian scenes are not to be fogotten in to today’s neo-club scene. And again with Gabber Modus Operandi, we realize if we still had to notice, that musical globalization and sound capitalism are not the only possibility and so is uniformed soundtracks. The Indonesian patchwork is in any case powerful, and perhaps opens a new way in which the local scene, in addition to hacking the capitalist sound, will become as global and viral as a banger for supermarket, plus a little bit of joy, and a little less of greyness.

Probably one of the most beautiful releases of the year, and if you only have time to listen to one song and you want to hear the brilliant hybridizations of Gabber Modus Operandi, we recommend the sixth piece Calon Arang, where the gamelans build all the sound architecture of a “Gabber” banger.

After this pearl, one question remains: when will we have an anarchist revolutionary manifesto for Gabber?