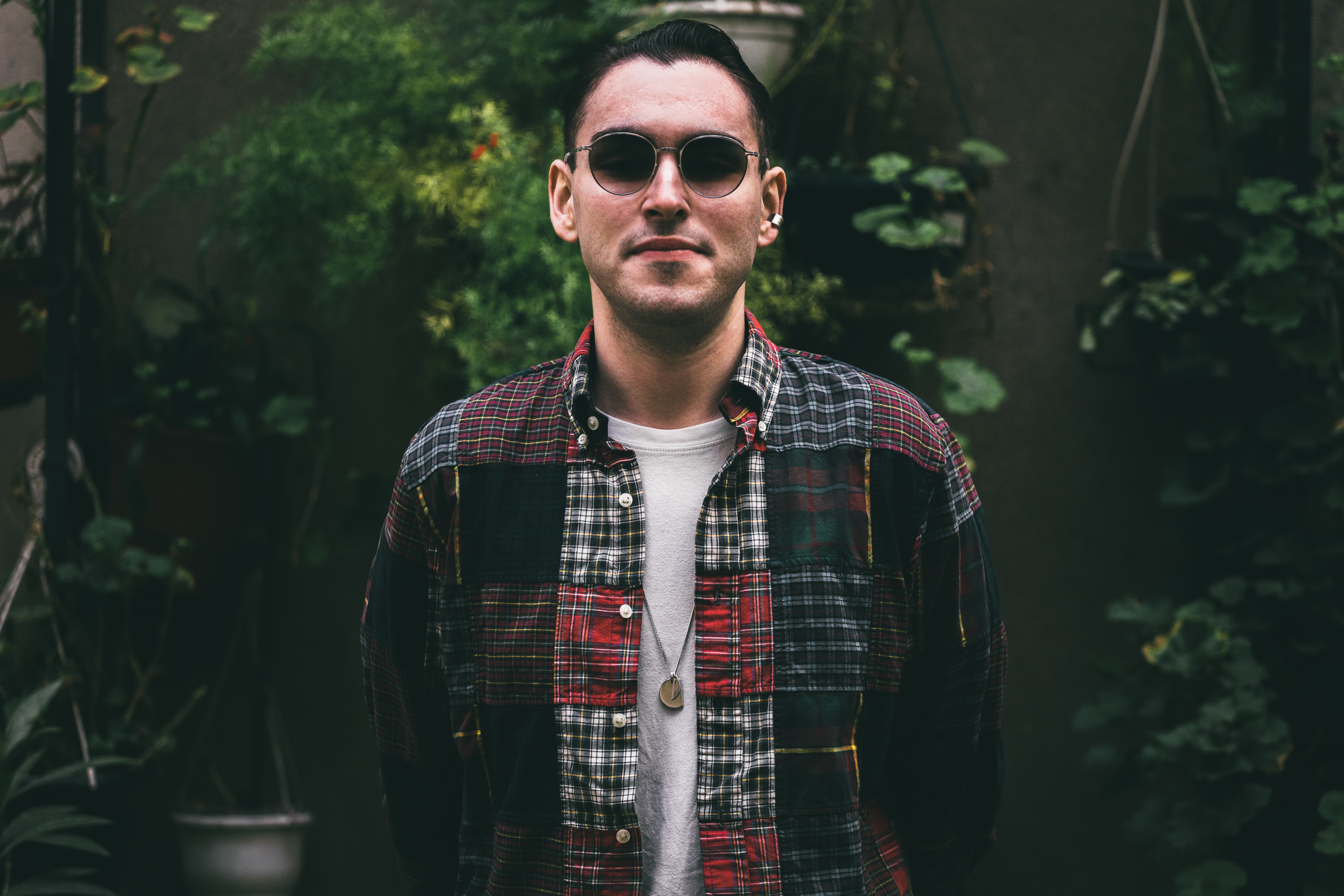 Onelight is a name that should sound familiar, Couvre x Chefs readers. Indeed, the brilliant and young DJ wearing the colors of Musique Large (home label for Fulgeance, Baron Rétif & Concepción Pérez …) was one of the first to give us an exclusive couvre x tape at the beginnings of CxC. In 2014, we interviewed him following his passage on Overdrive Infinity, the reference in streaming broadcast animated by Teki Latex on Dailymotion. Today Onelight passed the milestone of producing and released his first EP composed by himself: TUGGSPEEDMAN. It is natural that we asked some questions to the DJ, and newly producer, to learn more about his current projects.

Couvre x Chefs | In 2014 you were telling us about the producing exercise, how did you approach it?

Onelight | Yes, it’s funny because at that time I told you that this exercise did not interest me. To be honest, the idea was not very clear in my head at that moment. The production has always been a project that I wanted to achieve. However, it took me time to wonder where I wanted to go and be able to offer something that seems relevant. Which was not easy in view of all the kinds of music that I listen to every day and inspire me in all their ways.

In the ned and this seemed obvious, I have chosen to orient myself towards Funk and modern R’n’B sounds, which are the styles that I play and listen to the most in recent times.

Who did you work for the composition of your EP Tuggspeedman?

I had the chance to work in Tayreeb’s studio, a longtime friend for whom I had done a retrospective mix for the label Noircity a few years ago. He produced a Beat Tape in the Beat Heroes collection on my fire webzine Stereotree too. I was able to listen to some of his new songs as well, this guy has a phenomenal talent.

You released your EP on Musique Large, and Pierre Thyss, already author to several of your artworks, realized an animated video for the title track Tuggspeedman, was it important for you to be surrounded with good company for this first outing?

Yes, for me it is essential. Today there are so many things that come out all the time, good or bad, so being in good company is important if we want to have some visibility. Then it is the logical continuation of the work I do as a DJ since I joined the label in 2009. Rekick, Fulgeance and BR&CP were very enthusiastic listening to the songs and they helped a lot supporting me, I can not thank them enough for that.

Ditto for Pierre Thyss. He’s made the artworks for my mixes from the beginning. It seemed logical and necessary to call on him for my first clip. I had an idea in mind of what could be the video for Tuggspeedman and he went beyond anything I could imagine. He really is a super talented guy and he made crazy work as usual. Long life to him!

The crazy work of Pierre Thyss.

Orgasmic (founder of Sound Pellegrino with Teki Latex, in case this needs to be explained) remixed your track Tuggspeedman, how was it collaborating with him?

In addition to being one of my favorite DJ’s, I always liked his production work that I find inventive and energetic. HE is the first artist that I had in mind for a remix, actually. We met several times in Paris and the contact was fine. I just sent him an email and he was immediately hooked by listening to the original. It had plenty of space and he created this remix that he describes as his first piece of techno and I find it super cool. It’s hybrid, dynamic and perfectly designed for a DJ set, while being easy to listen to. Everything went extremely well.

You already had realized many mixtapes or podcasts (although some edits here and there), was it a job that you consider “preparatory” or that helped you in the composition of your EP?

Overall, I like concepts. Whenever I do a mix, there is a clear idea behind, an atmosphere and setting. Because I have many ideas that go through my head and it helps me channel them. I had the same approach with this EP. By making the track Tuggspeedman, I immediately thought about how I could also play it and it seemed to be an essential reasoning. While avoiding falling into the too radical DJ Tool. So in my case the two are related, clearly.

This is not necessarily a necessary evolution, a good DJ may well not produce music and vice versa. They are two very different things, although in my case one could not exist without the other.

You’re thinking about shifting your focus on producing now? Or are there any aspects of DJing that remain to be addressed?

I will continue both, of course. Playing your own songs proves to be a pretty cool experience. So that will indeed change a little the way I play in the sense that I would put them inevitably a little further. It is quite gratifying.

Is there a label for which you would like to compose a piece or an EP? Or someone you’d like to remix or that you’d like to see one of your songs remixed by?

Musique Large seems to be the most appropriate label musically for what I want to do. So for the moment I haven’t really asked myself the question. Even though doing a song or EP for reference labels such as Versatile, Ghostly, Hyperdub, Hotflush or even Numbers would be insane, obviously.

On a remix, I want to remix a Pop song. I love when an artist from a completely different edge touches a piece sung and messes the thing. This is something that would please me greatly. For example, I love the last remix of Junior Boys by Ikonika, although in this case their respective worlds are not so far apart that much.

In the other direction, there would be too many exhilarating opportunities and it would depend on the piece in question. That said, I’d love to be remixed by Machinedrum, which for me is one of the most fascinating and prolific artists at present. The last Sepalcure (his buddy with Braille) is also superb. The guy never stops producing and everything he does is so beautiful, still inhabited and very modern. I love the mystical dimension of his music. I am fortunate to know him a little, I played with him many times and it’s pretty cool. I played him my EP a few months ago and he liked it. So who knows, nothing is impossible. 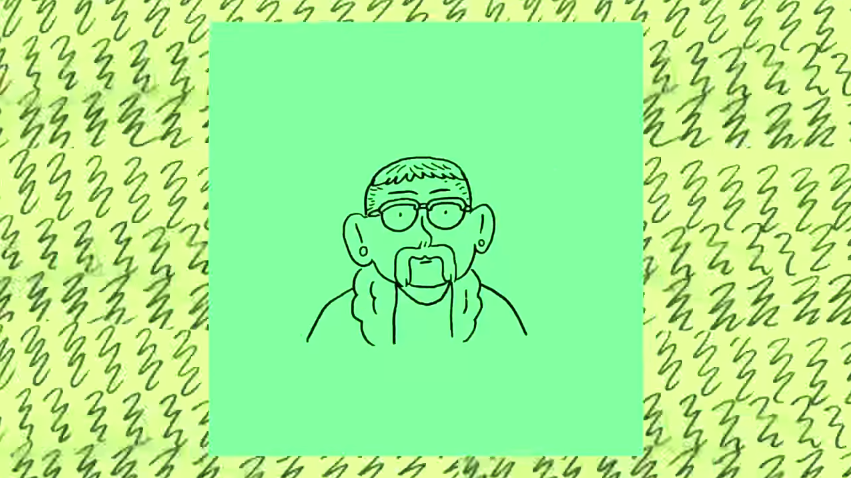 What are your next projects?

Put forward my first outing is my priority at the moment. It’s a lot of hard work and I really put a lot of energy into this project, hence my desire to defend it a maximum. I received a lot of positive feedback and that’s very encouraging.

That said, I’m actively working on what is next. I can not talk too much about it seen as it is not finished. What I can tell you is that I am trying to explore even more this universe of mind-blowing Electro Funk and sexy that I like so much.

Finally, so who or what is this Tuggspeedman?!

As a big fan of Ben Stiller, I remain fascinated by the movie Tropic Thunder. It is a pinnacle. The cast is next level, including Robert Downey Jr. and Tom Cruise in improbable roles (I won’t spoil in case some of you have not seen the movie). It’s really stupid and it goes great distances. And Tugg Speedman is the name of the character played by Stiller (who also produced the thing). It is a kind of action hero bodybuilder on the decline, both stupid and very touching. I wanted to honour him in my own way with a muscular but melodic piece. And it is so amazing as name, I could not resist.

Onelight – TUGGSPEEDMAN EP is available since May 28th on Bandcamp, Itunes and SoundCloud.