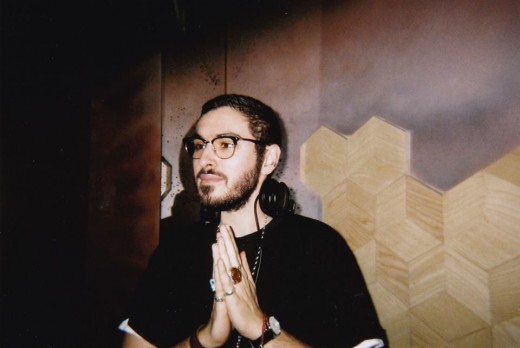 Onelight : a web-journalist and DJ

I had the chance to meet Onelight for the first time nearly 4 years ago, when the Musique Large label boss, Rekick, advised me to book him for a party organized by my school in Nancy. His DJ set, astonishingly awesome, really had impressed me. Onelight has the ability to play both unknown and popular music, while producing a coherent mix, capable to make dance any kind of public, be it a demanding student crowd or at the Social Club in Paris.

Couvre x Chefs was born from the wish to tell the stories of people around us who run interesting projects, so it was naturally that, just after we launched the blog, I had asked Onelight to produce an exclusive mix part of the Couvre x Tapes series. As a loyal follower of the excellent mixes he produces at a frantic pace (the fiftieth has been released recently), I wanted to offer Onelight the opportunity to tell us about his activities !

Onelight : To sum it up, I’m a web-journalist and a DJ.

More precisely, I started my activity on the cyber-space via Stereotree, a webzine I created 6 years ago with my friend Ripklaw. Originally, the aim was to put the spotlight on new french talents, and more globally on modern music, while sticking to high standards as regards the writing quality. Numerous projects followed, like the Beat Heroes free tapes, the Velvet Grooves mix series, the C.O.Q, Growing Fruits compilations, or more recently the 5 Years album, featuring artists we were fan of from scratch, like Dal-Gren alias Walter Mecca, Fulgeance, Tayreeb, Everydayz, Mister Bilal, and Danish artist Robin Hannibal. The website is being renewed right now, I hope we will be able to present you the new version soon !

Then I had the opportunity to join the Musique Large label in 2010, which is a french bastion of the ultra-modern and festive music. I’m there along with Fulgeance, Rekick, Débruit, Baron Retif & Concepcion Perez. I work there as a DJ, inter alia. In march the label is releasing an EP from the legendary Laurent Garnier so we’re super exited, and more surprises will come a bit later. This is a really amazing venture !

CxC : How did you start mixing ?

Onelight : After having spent my days listening to a load of stuff and having bought musics madly, I thought becoming a DJ would be a logical continuation. It came quite naturally, even though it’s a long and though path.

I try to transmit a maximum of emotions, building bridges between different musical styles, breaking the barriers between them and delivering a set which is not linear.

CxC : How do you conceive your sets ?

Onelight : I try to transmit a maximum of emotions, building bridges between different musical styles, breaking the barriers between them and delivering a set which is not linear. I create my own material based on the other’s production. That said, you got to be able to adapt to the context, all while being constant with your own style.

CxC : What kind of equipment do you work with ?

Onelight : Mostly, with a computer and diverse controllers. It’s a material that allows doing interesting things, to work the tracks in a different way. There are drawbacks, though, but working with this kind of hardware is consistent with the way I conceive a DJ set. I also happen to use CDs and, more rarely, vinyls.

CxC : What do you think about the fact that a lot of DJs also are producers ? Those are two different things, that people usually mix up, unfortunately…Is it necessary to manage doing both ?

Onelight : In fact, like you said, to me those are two things which are completely different, that can complement however. A good DJ isn’t necessarily a good producer, and vice versa. Even though some can manage both activities outstandingly well, I think it’s still quite rare, globally. Though, I guess you’ve got to act according to your own feeling.

CxC : Do you plan to start producing ?

Onelight : I am not a musician, so at the moment, as I lack time, I dedicate myself to DJing, because I still have a lot of things to do and learn.

CxC : We’ve just seen your appearance in Teki Latex’s show, Overdrive Infinity, broadcasted via streaming on Dailymotion. can you tell us about this meeting with Teki ?

Onelight : It was really cool. Teki Latex is an artist with lots of ideas. I’ve always listened to what he has been producing, from TTC to his solo album with Gonzales, and what he produced on Sound Pellegrino, which is a label I admire a lot, for different reasons. We met lately and I was glad to be his guest.

CxC : What is the show’s concept ?

Onelight : Logically, we can say it’s a web-show dedicated to Djs with an elaborated visual aspect. I hope this project will keep going, because it’s really interesting.

CxC : Which DJs have impressed you more ? Who would you cite as references ?

Onelight : In France, I admire Gilb’R and I:Cube a lot. They have this rare ability to keep doing timeless stuff and put a strong identity in their projects. It’s always a pleasure, listening to them. Out of the french boundaries, I like people like Todd Terje, Jackmaster or Jimmy Edgar. The latest is one of the artist I am fascinated by, you should absolutely follow his label, Ultramajic.

Recently, I saw DJ Slow (who manages the label Pelican Fly), playing, and I must say he wowed me, he gives off a lot of energy.

CxC : To finish with….where does your nickname come from ?

Onelight : Besides the mystical inspiration, like some street-artists, I choose this name because I enjoyed writing it and it sounded well.

Thank you for participating ! We’re looking forward to your next sets !
Find all the infos about OneLight (concerts, mixes, booking, social) on his website by clicking on the image below ! 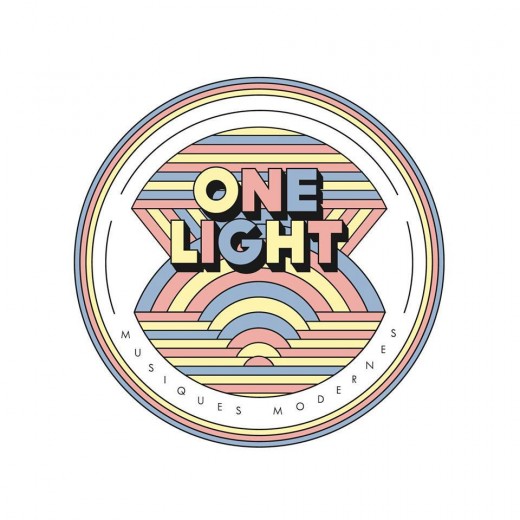