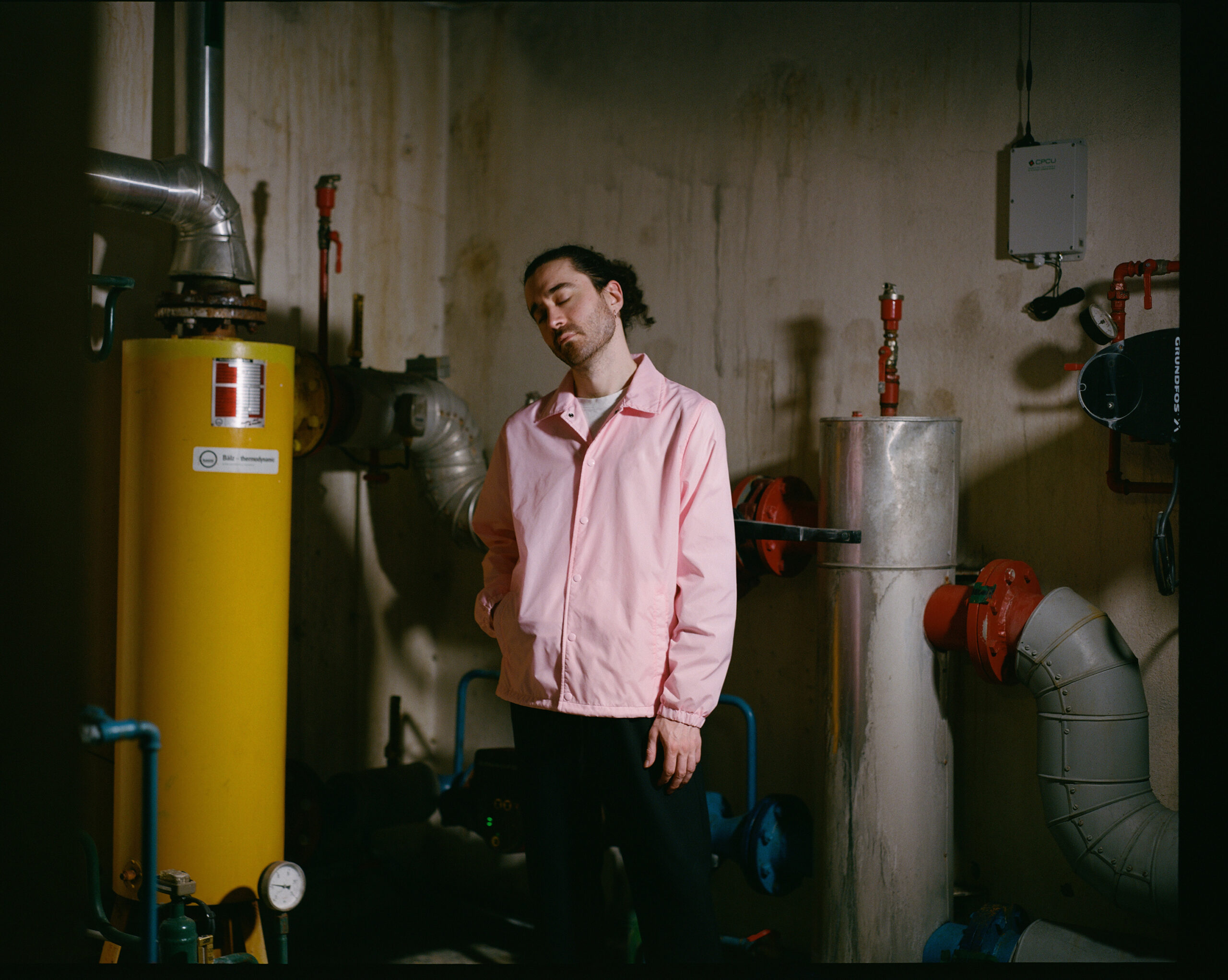 Parisian producer and key member of Paradoxe Club, Le Dom, is about to release his new EP. Entitled Caesura, this new release follows the Schism EP which was highlighted by FACT, Resident Advisor, and Mixmag. Composed of four hyper solid tracks with a remarkable production, Caesura illustrates a perfect balance between raw energy, galactic textures, and kinetic sound design. Meet the artist.

Tévéa for CxC | Hello Le Dom! We hope you’re doing well despite the current period. Being a music producer and DJ in the Paris area is not really easy at the moment, and it’s been two years. How do you live it personally?

Le Dom | For the DJ side of things, of course, it’s quite simple because the activity wasn’t possible. But it has an effect on the production too because without a connection to parties, to the reaction of the crowd, you find yourself in a bubble which is not always beneficial when you make music. I naturally tend to isolate myself to produce, but I think that having direct and regular contact with the music played loudly on a sound system is essential when you want to make this kind of music.

This new Caesura EP really confirms your sound identity and is in line with your previous productions. What are your inspirations? It can be artists, labels, films, places, moments of life, etc.

I listen to a lot of things, but the idea of what I’m doing with this project is not to have any preconceived ideas, sometimes maybe an overall idea but it’s very open.

I tend to get bored very quickly if I try to do a piece “like this or like that”. So I do exactly the opposite, I try to surprise myself.

I intellectualize as little as possible at first, experimenting without setting limits, like a mad scientist or just a child having fun. As soon as a result catches my attention, I keep it and try to make it evolve into a piece. Then it becomes a more thoughtful process (and less fun too).

We can say that you are a master of sound design in your productions. Where does this technique come from? What kind of equipment do you use to produce? And do you produce with other people?

Caesura is a good example, no two songs were done in the same way so they sound quite different from each other. They were made at different times during which I changed a lot of configurations, machines, and plugins. For example “Form” is made almost entirely with a crazy plugin that I had never used before and that I don’t think I’ve used since. “Water Coaster” comes from experiments with the Virus Ti synth. “Caesura” is a lot of distortion plugins combined with effects and filters of all kinds. Finally “Loot” is probably the track with the most different material, a lot of tracks with different sound sources talking to each other.

The idea is often the same, to use the material in a personal, sometimes counter-intuitive way to get sounds that will inspire me.

In the beginning, it often doesn’t work, but by experimenting you find associations that work and give interesting results.

I have a lot of fun trying not to do anything like “it was planned”.

With Paradoxe Club, you sweep a very wide musical spectrum. 2021 has been quite a prolific year for you between your residencies on Rinse, Sunareht’s album, and your set at PEF. So to keep the momentum going, what are the plans for 2022 besides your EP? Any releases, collaborations, parties?

We’re about to release a De Grandi hit that the whole planet (at least) has been waiting for for some time now (hint: biniou). Sunareht has more than one trick up his sleeve for this year too. There are rumors of a project by a producer from 78 but I won’t say more. As for the parties, we would like to organize at least one or two this year, depending on the opportunities.

On the artwork of this new EP we find again the castle theme, already present on Castle Owner released in 2018. Can you tell us about this passion and more particularly about your collaboration with Manuel Moreno Cortes who had already signed the visual of Sunareht’s album?

I red Kafka’s novel The Castle at a time when I was starting to produce music. Without wanting to give too much away, the castle in the book is a highly mysterious place where everything seems to be happening, but the main character can never get there. I found this fascinating and compatible with a certain idea of music that I was interested in, and that I was trying to make, which would be played in a club similar to this castle. As for Manu, he did the visuals for Sunareht’s album but he also did the artwork for our first release, the Boss Rush compilation, in 2016, as well as the flyer for our last party. We love what he does and it’s quite natural to turn to him when we want an artwork. I’m particularly proud of this drawing of me, which is so true!

Le Dom’s EP Caesura is out on all platforms via Paradoxe Club.