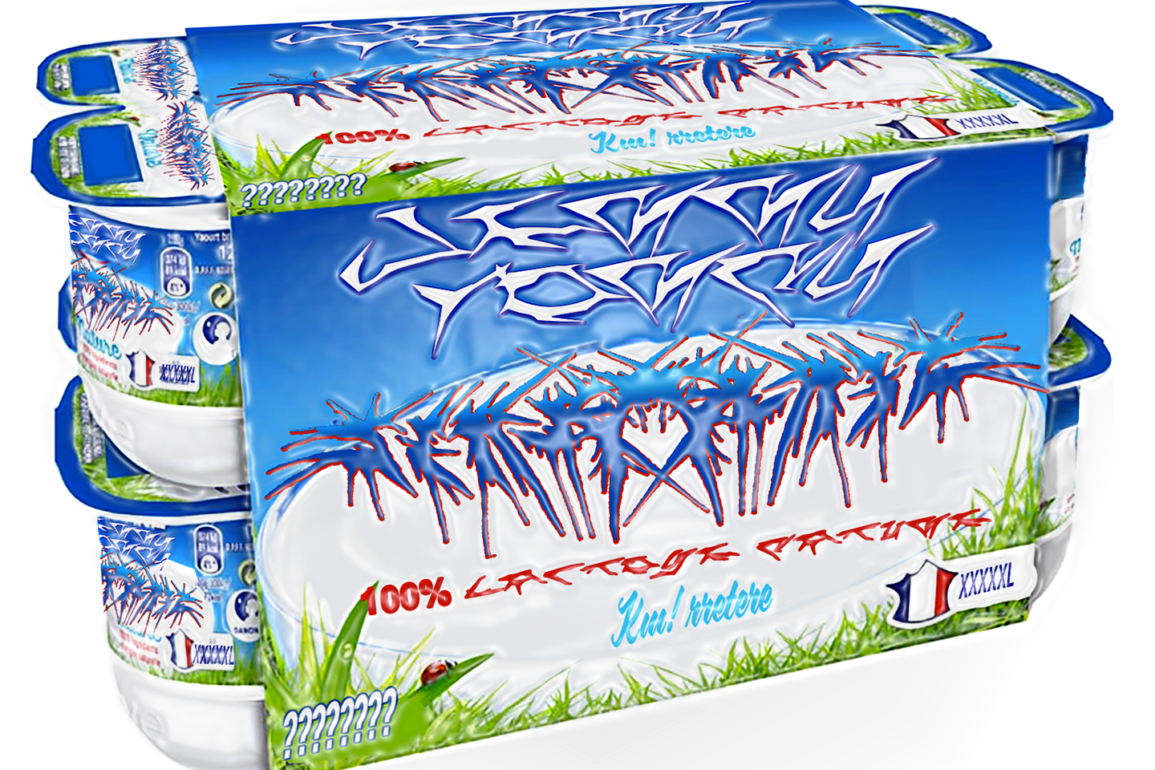 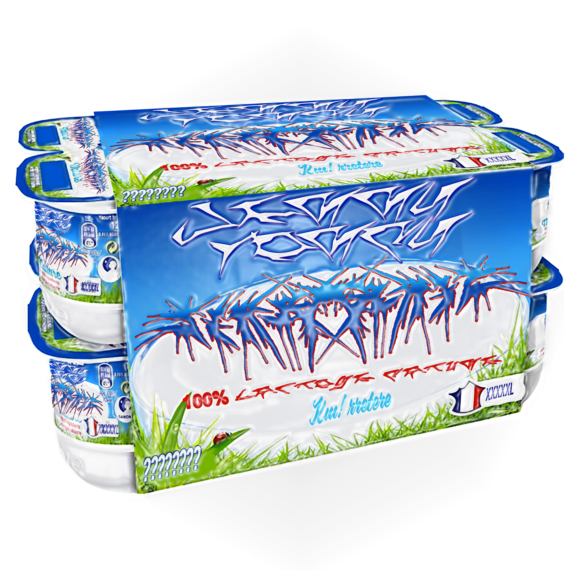 As another breaking-through collective born from the contemporary French scene of all things related to ghetto tech-influenced sound and break music continuum, the Parisian crew JERRY HORNY is doing quite energetically what a lot of us drum heads were looking to hear for the past two-three years. Founded by the DJs / producers Maté and Von Riu in early 2020, around the first global sanitary lockdown, the freshly launched label released nearly after is very first compilation rightfully entitled CAPITAL RISQUE VOL. 1 – already fueled by this ironic and weird humor which with they turns codes from the corporate / business world into a refreshing visual trademark of theirs.

Two years later and with as many releases on their way, they are now back to sonic knocking and rave pushups with a fourth “adults only” piece to their catalog with this VENGEANCE LACTOSE VOL.3. A compilation that will learn you how to drip milk without ruining your morning shirt and avoid yogurt intoxication while stomping to some of the best artists coming from this cherished breakbeat and electro circuit. Introducing standout producers like Swiss-based electro angel NVST and Paradoxe Club‘s very own knight De Grandi, or paving the way to french new talents like EPIPHAGI, BisouBisou, and SAME O, among many others. This new comp, due to be fully released next week, JERRY HORNY is pushing way towards their exploration into the hard juke, frenzy techno, and low frequencies audio landscapes, showing their strong ability to blend Club Music genres without losing anyone through the listen. Or as they put themselves: “Recommended by the best nutritionists, the Vengeance Lactose Triple Action formula will keep tiredness at bay, keep you vitalized, and help reduce your appetite”.

You can now hear below this article “Jealous of URGF” a fresh new extract from this lovely diet and body shaper catering, by the one and only Mayflo, known for shined his milky pistols with strong club pieces for many footwork, bass music, and house labels / collective such as Beat X Changers or Le French Work. The man shows us again his particular skills of sampling soulful pieces and RnB anthems to get all the flow needed to complete his drum arrangement masterclass. Going from a sharp juke first half to a total crazy rave energy conclusion, this tune makes a blueprint on his young but nonetheless high-quality discography, as one of the most muscled producers out of Paris new guard. WOULD YOU LIKE MORE CREAM ON YOUR CHEESE?