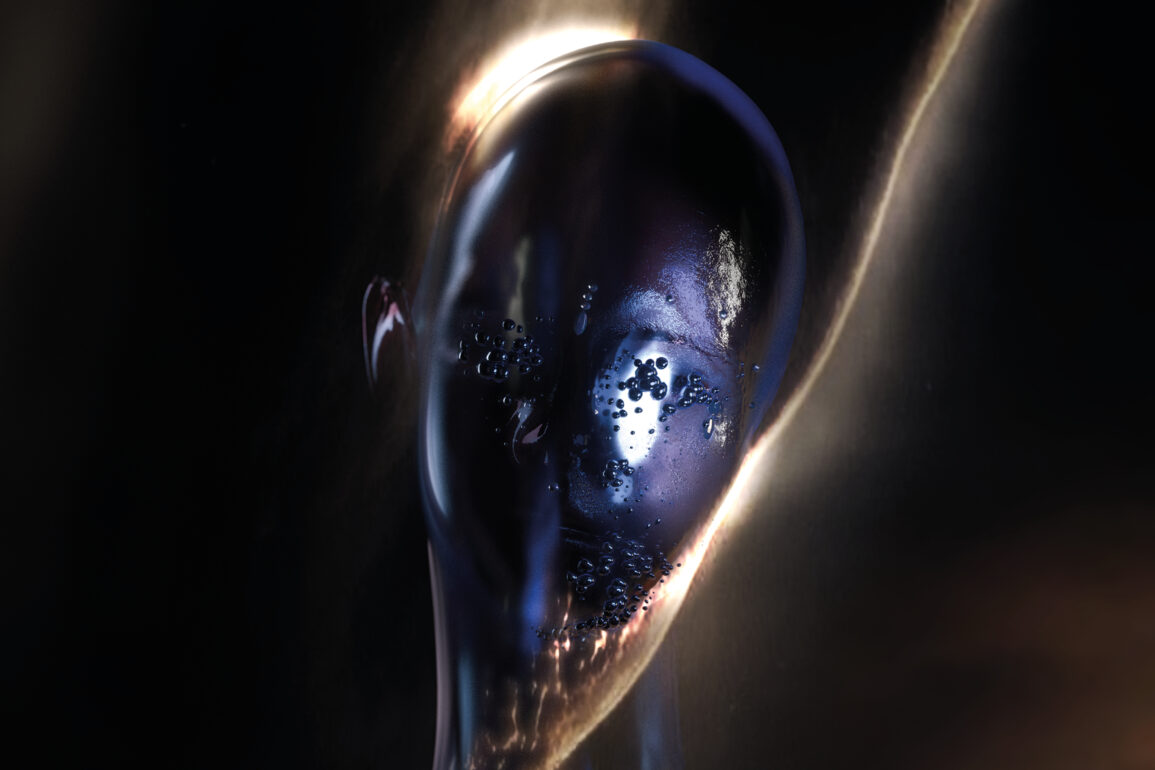 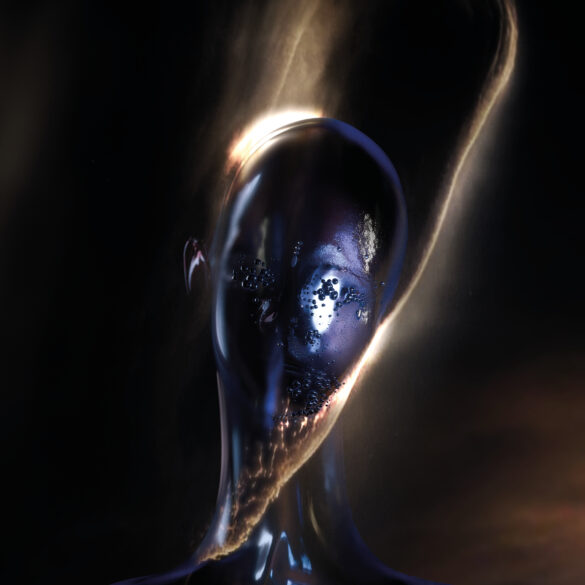 We know so very few about this being called Low Khey (but in the end, is it really such a thing as a being ?). The myth says that an over-developed artificial intelligence once in a while lands on our planet to teach bipeds its enigmatic reports of a futuristic dimension where music is as cold as abyss depths. Where unidentified sound objects of all kinds are captured by a technological device to turn into a language nearly understandable by us, poorly cultured humans: maybe in order to make contact or warn us about some mysteries hidden in our own inner selves. In this perspective, Low Khey has to be heard as a linguistic concept, more than a straight artistic attempt, and that is why we must listen to its signals with scientific reflexes instead of letting our emotions overcome our ears.

This x-trange machine-lead communication program began in early 2021, through a first ten-tracker already released on Lyon-based Comic Sans Records whose title was already feeling like an imminent danger for humanity: Never Trust A Cyborg. In a language blending elements of Bass Music, Mental Techno, IDM, and Dark Ambient, we witnessed what was like a starting step in the sonic sharing from an artificial entity. Say, a collection of arcane showing Low Khey’s playful glance on what we must call deviant dancehall. One year and a half afterward, the enigma still is complete around the potential identity (or should I say provenance ?) of this raising sound menace, but it is now back with another ten pieces under the ironical name of Ten Ways To Achieve Immortality.

On this new album (did machines produces ALBUMS ?) we saw the mysterious device traveling into genres and tempi, without losing any listener by making a consistent legacy of how A.I. club hybridizations should sound like. With appearances from humans like Berlin-based Catnapp on the post-trap tune “Good Like It Should” or guitars by Stencil d’A on the organic metal outro “Citral”, Low Khey may try to show us that it started to interact with humanoids, and maybe build some bolder common vocabulary in a near future. Enter *who knows* emoji here.

Above this present article, you can now listen to the mental-fueled, late 90’s rave-designed and bass-heavy dancehall track “Protomagias Riddim”. Packed with loads of animal noises, rolling sub-lines, and overdriven synth pads, this piece is a manifesto on its own of what Low Khey musical myth is all about: a juice of otherworldly industrial sounds with a pulp of deeply rooted attention to rhythms and drum patterns. At times, a twisted voice is asking “are you hear me ?”, in a tone both mischievous and dramatic. Metallic snare shot, bee-like shakers, and syncope click complete the canvas. It is pretty much like the half sound made, half bestial creatures in the french SF writer Alain Damasio’s last novel Les Furtifs were translated into actual club music. Catching glimpses of our environment to turn it into a lexicon that we must take care of. A brand new way to communicate out of words and culturally built languages. Let’s be enveloped in this vibrating cocoon and try to embody these robotic lessons before its main message fatally eludes us: humans don’t own music anymore. Here is some facts baby.