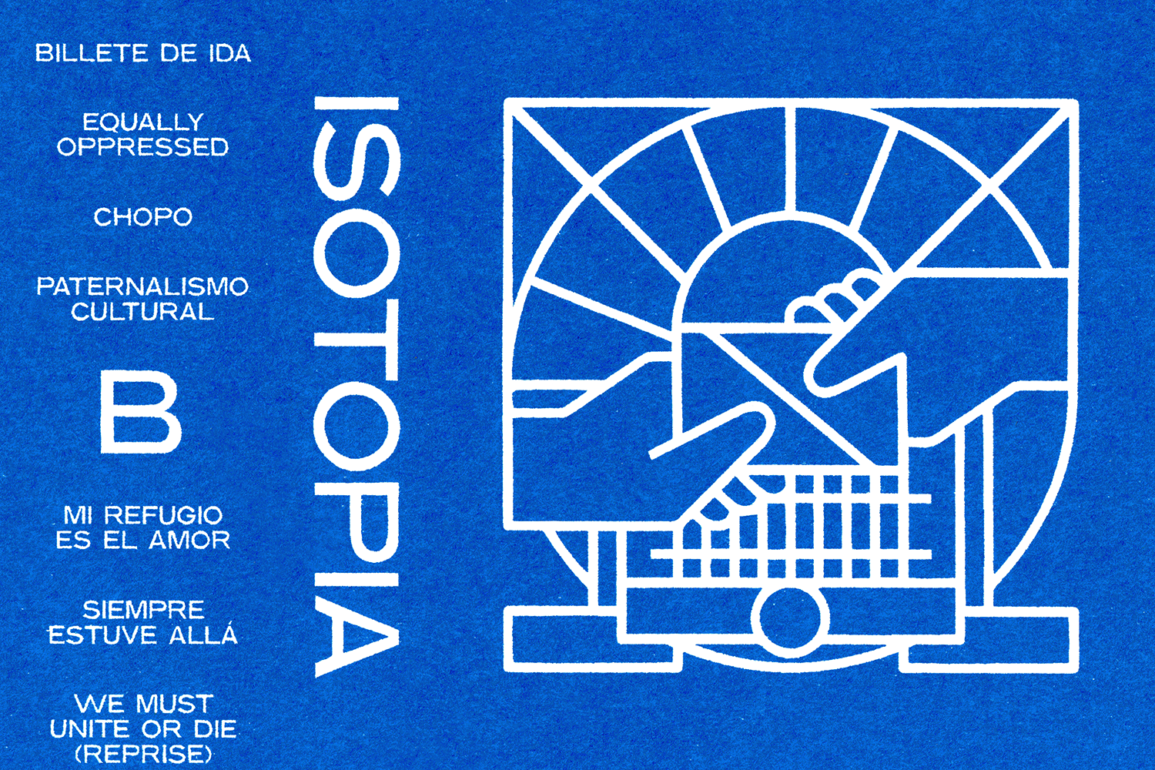 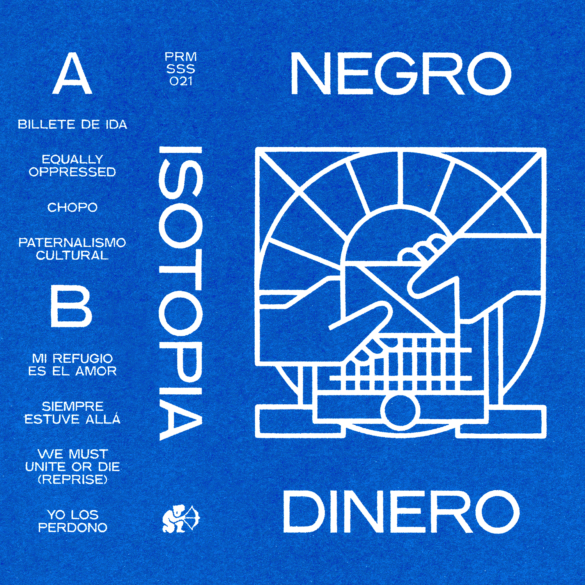 The enigmatic artist offers us a utopian project for a newborn communist country pictured in Isotopia, a mysterious sound manifesto blending Afro-Caribbean traditional sounds with contemporary electronics, to be released on Paris via Brussels imprint Promesses

Samos and Härdee, the managing and deejaying duo of the eclectic Promesses label & collective, are known to be tirelessly touring and proposing exigent fiestas, both sonically and esthetically speaking. Throwing parties in Paris center clubs such as La Machine du Moulin Rouge or in suburban venues like Le Chinois with lineups including avant-garde Dominican cherished artist Kelman Duran or energy-full jump around Spanish turntablist BRAVA. They are now back to release business with the first full-length album from enigmatic producer Negro Dinero, soberly entitled Isotopia.

Despite the duo giving us much information regarding the above-mentioned entity’s background or provenance, they have sent some promotional text accompanied by an obscurely depicted website announcing the imminent creation of a new country project, namely Republic of Isotopia (http://www.isotopia.org). Behind this utopian design for a safe space where all beings could live under one roof, embracing the ideals of a neo-communist society which tends to break up with the morbid heritages of liberal economics, western-centered narratives, and colonialist remains, Negro Dinero aims to work on a freshly renewed proletarian civilization with, as the project statement says itself: “all postures are influenced mainly by a working class and immigrant point of view”. As we go through the pre-cited web page, it appears clear that this project plays with some paradoxes permitted by our era of uncertainty and chaos (primarily caused by central governments and institutional leaders): while requiring people to work in agriculture, the Republic of Isotopia is neglecting all forms of free will according to a global faith for newborn technologies like blockchain-based voting system and cryptocurrency (and thus, abolishing consumerism and nepotism). But maybe for the better, as the statement follows: “All forms of discrimination and hate are eliminated through novelty (patented) spiritual-psychological technologies”.

Musically wise, Isotopia is marked by a wide approach of sonic combinations, from the industrial techno with Perreo flavors of the track Chopo, the Merengue highly reverbed pianos and percussions meeting speed dembow rhythms on Siempre estuve allá or the dusty reggaeton and synthwave alchemy of the both gentle and stomping Equally Oppressed. All these fusions are legitimated by the evident pan-Latin origins of Negro Dinero, whom first album tries to draw paths between a post-modern electronic landscape and a futuristic use of gear, but still deeply rooted in an Afro-Caribbean tradition of rhythm tailoring. This chemistry happens without avoiding some smart sampling of cultural elements that defines the Latin club continuum: dembow-to-dancehall motifs, early 20th-century melodies from the Caribbean islands, or even fragments of speeches in the Spanish language.

Above the present article, you can now stream “Paternalismo cultural”, a low-frequency Latin club oddball where metallic and filtered snares collide with sub-bass tapestries, topped with complex synth stabs embodied in ethereal plate reverbs, and indistinct women voices in the background, moaning some mysterious sentences. The track begins with a dembow pattern in pretty slow mode, until the fifth minute when an almost rave-ish mood takes over, Negro Dinero building some speed Perreo madness around a juicy acid bassline and stereo-enhanced percussion layers. Both psyche and rushing, dark and aerial, urging and lazy, this tune is the perfect door to the exigent aesthetics of Isotopia, the first bold manifesto from the enigmatic artist. More to come? Yes PLZZZZ

Pre-order now Negro Dinero’s Isotopia via Promesses on digital and limited edition cassettes, before its official release on November 4th for Bandcamp Friday.