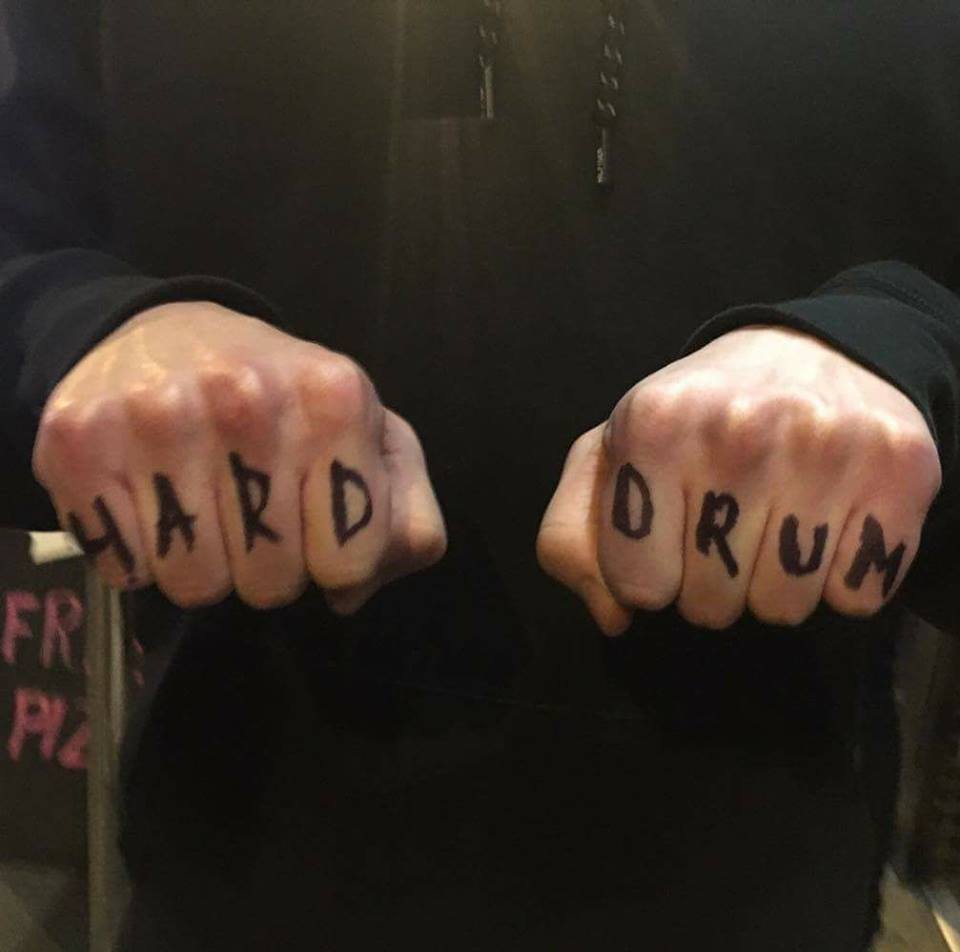 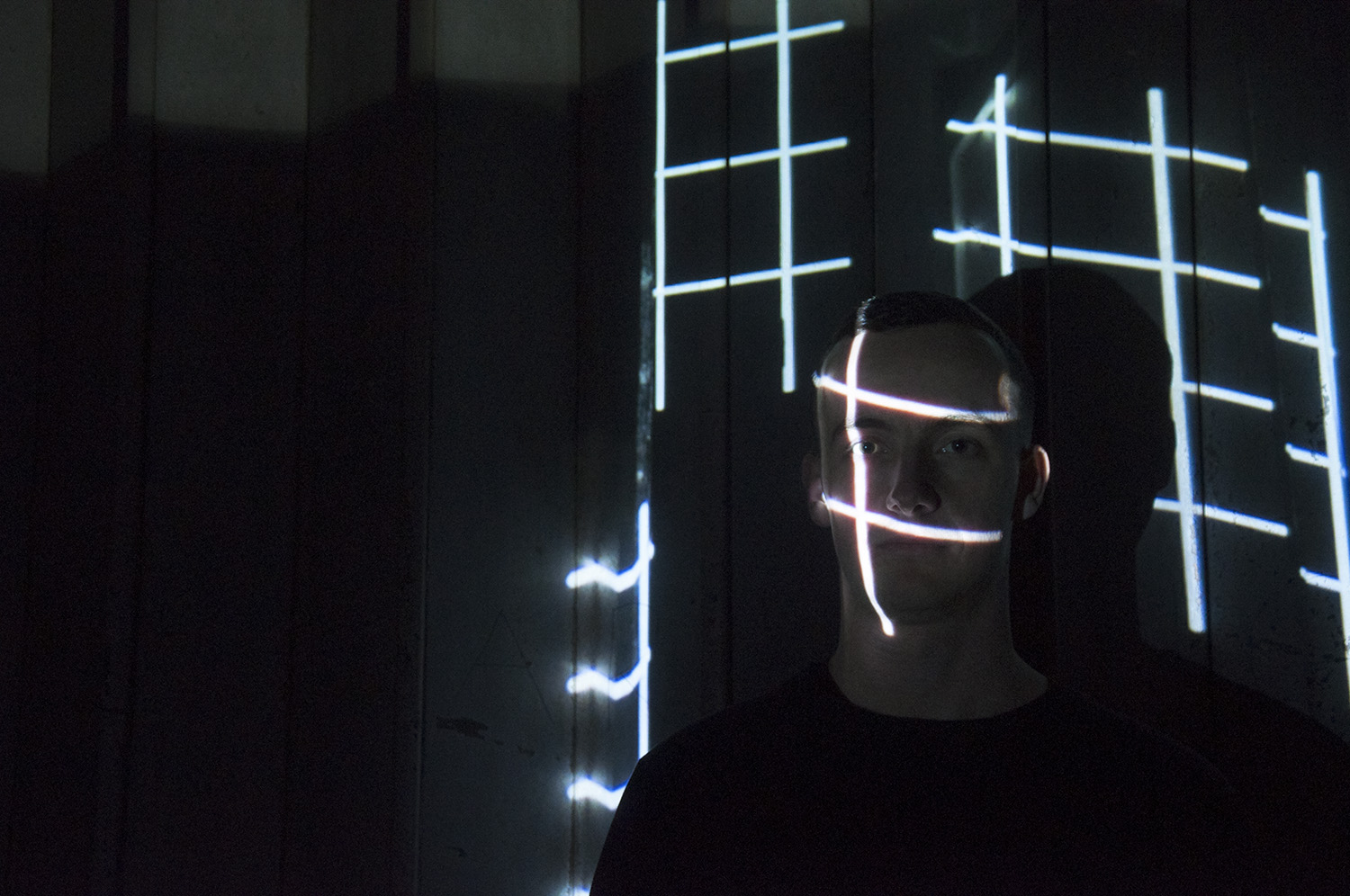 Hard Drum king NKC will play for the first time in France on Friday, May 4th in Paris at Plage Club party (all the details on the Facebook event). It was an opportunity to ask him few questions about his career, his label and the Hard Drum movement.

CxC | How did you start in music (producing and DJing)? What was your purpose?

NKC | I first started off producing by messing about with a software drum machine called Hammerhead. You could make 16 bar loops out of 909 samples and jungle breakbeats, and I would export them and make tracks out of them in Audacity. Then a friend gave me FL Studio 5 when I was about 16-17 and I started producing UK funky-inspired music on that after hearing tracks by Apple, Roska and D-Malice. I sent Jam City, Brackles, L-vis 1990, and Lil Silva some of the early tracks I produced in 2010-2011 and they started playing them out, so that gave me a push to keep going because I loved their DJ sets.

I was a producer first and making music was more important to me than DJing, but I wanted a way to play my own music out live. My brother bought decks and with him I learnt to DJ drum and bass records. Eventually, I bought CDJs and started playing out a mixture of percussive genres – UK funky, house, South African house, bits of techno.

I played my first gigs in a local club in Hereford in 2009, warming up for MJ Cole & L-vis 1990 before I was really old enough to be in there.

CxC | What/who were/are your main influences, then and now?

NKC | I had some Pure Silk garage CDs in the car when I was learning to make music, the skippy drums and broken rhythms probably had an impact on what I was making, but UK funky and everything funky DJs like Roska, Marcus Nasty, Razzlerman, LR Groove, DJ Eastwood, Lil Silva, and guys like Dubbel Dutch, Doc Daneeka, Mosca, T Williams were playing around that style when it was first emerging was what I really tried to replicate in the first few years I was making music: 2009-2011. I had a bit of a moment in 2012 when that funky sound was starting to drop out of popularity completely, where I was trying to make other styles – a bit grimey or more rap-influenced, although they usually had some percussive weirdness in there, but I didn’t put anything out.

From 2013 onwards, having linked up with Her Records, I sort of went back to what I was trying to make when I first started – just hard, syncopated, percussive tracks. After that point, I would say I became a lot more influenced by tribal house and tough dutch house tracks. I discovered tribal artists like Peter Rauhofer (aka Size Queen), Ralph Factory, Peter Presta, and a DJ I met out in LA – Pachuco – tipped me off to a few Dutch producers like Genairo Nvilla and Fabrie making very tough drum music. I just followed those artists through to loads of others, drawing them all together for DJ sets and creating my own tracks in a similar style.

CxC | You became the main ambassador for a style called Hard Drum. How would you define it, and how do you differentiate (or assimilate) it from other styles/scenes/labels from the UK (Nervous Horizon, Sans Absence…)?

NKC | As you could imagine from what I’ve said so far, the music that I make is a mix of percussive genres, from UK funky, tribal house, bubbling, dutch house, maybe kuduro, and others. Big carnival drums, really saturated percussion, and minimal melody – more of a melodic interaction between drums and processed samples.

Although me, MM and Suda and other artists making this style were influenced by all these other genres, you couldn’t really say that what we were doing could be considered part of one of them in particular. I would only ever DJ tracks that were really on the edge of genres like UK funky (Jan Driver – Rat Alert, for example) or tribal house (Nick Harvey – Drum O Rama). And I also think that genres are really wrapped up with particular people, times and places – I don’t think it’s right to go around calling yourself a ‘UK funky’ or ‘tribal house’ DJ if you weren’t there, involved in the sound when those styles emerged.

When you get enough tracks that are being made in a particular style, but you can’t explain what that style is without explaining all the above, it’s time for a short-hand phrase.

When we released my Hague Basement EP on Her Records in May 2016, in the press release it was called a ‘hard drum experiment’ or something along those lines.

So we started calling it ‘hard drum’ as a joke when we were out in London – people like Akito would call me the ‘hard drum master’, but taking the piss. Eventually it stuck and I embraced it. I’m glad that other people have started using ‘hard drum’ to describe music made in that style. Everyone is welcome to do that as far as I’m concerned and I really like it when people send me stuff they’ve made along those lines. I hope the sound goes further and people put their own personal take on it. Some people are just saying ‘drums’ now when they’re describing this syncopated resurgence more broadly, it’ll be interesting to see what phrases will stick.

I don’t like the idea of differentiation, you gotta respect who has been doing what and credit where everything comes from, but I don’t like competitive approaches to music because it doesn’t fit with the way it actually evolves, which is always collective and part of broader cultural movements. I would say Nervous Horizon do hard drum stuff in their own way, but they also play from a slightly broader spectrum than me or sets at ETS [Author’s note: Even The Strong, NKC’s label] – they might play more gqom or kuduro and other totally different sounds. And nights they’re involved with like Acid Fantasy are way more open in their music policy. To me, Sans Absence is more focused on melodic elements, and I think they lean more on bass from UK funky and grime styles. But Akito definitely set out from a very similar musical perspective to me – really influenced by UK funky and committed to club bangers in general.

At this point I consider ETS operating as part of a broader scene in the UK and elsewhere made up of collectives, labels and parties like SA and NH, and also Super Kitchen, Flood, Club Comfort, NAAFI, Boko! Boko!, Tobago Tracks, Nostro Hood System, Wild Combination, Gang Fatale and more, and it’s all looking very good.

NKC’s label Even The Strong

CxC | How/why did you decide to launch Even the Strong?

NKC | I started ETS in January 2016 – the idea was to put on a clubnight specifically for DJs & producers playing this mixture of percussive sounds. Back then, I don’t think there was a space for many of them to play this sound out, particularly not to a decent sized crowd and at a late night venue rather than a small bar/club. I thought that it would start to build up an audience in a particular location for the sound, rather than having an audience that is geographically spread out on the internet, as can be the case when you focus more on releases than parties.

I was lucky to be living in a warehouse space in north London at the time, so that was the first venue, and any party held in that area was guaranteed to get people through the door, so it was a good chance to play our own music and do the party exactly how we wanted. With the parties I was inspired by a clubnight called World Unknown, who are huge in London because they really focus on cool venues and have a properly friendly party atmosphere inside, so I’ve been aiming to replicate that to some extent. I feel the music scene and sound that I’m part of gets a lot of love online and is represented well in plenty of good small bar/club spaces in London, but it’s lacking later nights held in mid-size club spaces with good soundsystems, that’s the space I try to fill.

In November 2016 DJ JM played at the third ETS in the warehouse. He had been sending me music for a year or so by that time and I was really into what he was doing. I had mentioned to him previously that I wanted to start a label to go with the parties, and he convinced me to do it. I started working on that in 2017 and managed to get it all together to launch in November that year. The label is supposed to match the nights – we do our own promo without a huge push on the internet, just solid hard drum music, and a visual identity that is consistent and matches the vibe (artistic direction by 3000000000am).

NKC | I’ve been spending a lot of time keeping ETS in motion as a label and with the parties. We have a party coming up in Europe that I’m excited about, we will be doing more in London over the summer, there are more releases lined up and new people I’m working with. With my own music, I’ve mostly just been making stuff for myself and for my friends rather than working towards specific releases. But often that’s when I find I’ll come up with my most interesting stuff, so it’ll probably come together for something good soon.

Don’t’ miss the first NKC’s gig in France on Friday, May 4th with Plage Club. All the details on the Facebook event and on the teaser just below.