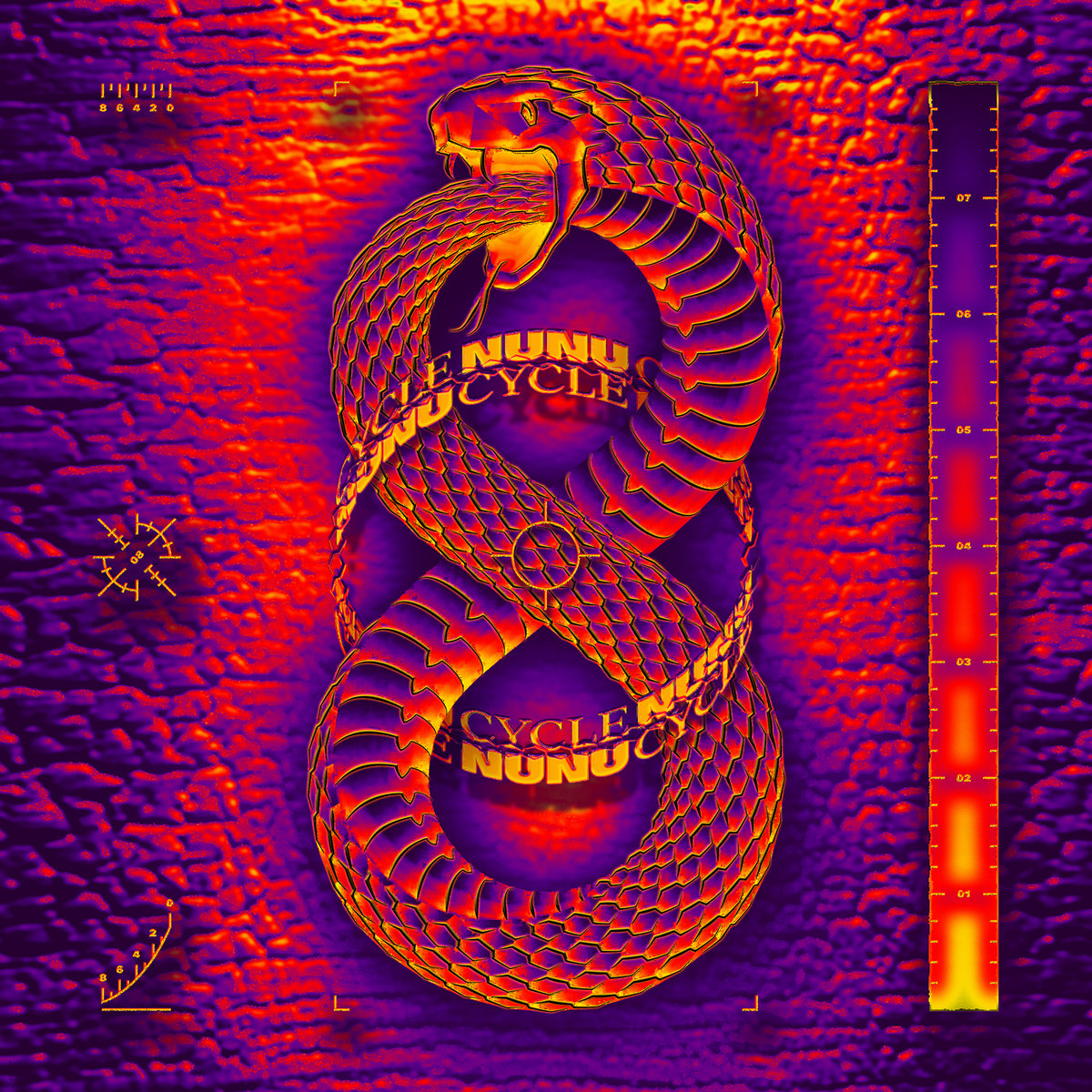 nunu or the exploration of sound matter

nunu is a producer who could be linked to the hybrid club scene, he has in any case done a few DJ sets in the now-closed Bye Bye Ocean parties which accompanied the emergence of the scene in Paris, receiving among others Rabit, Bulma, and Lotic on the same night in February 2016.

But nunu has always evolved a bit on the sideline, he has only produced remixes for clubs since Mind Body Dialogue, preferring to focus on what can be called “sound material”.

cycle, which was released last December, is an album that works from a constrained material, the same loops of synths, drums, and vocals for each track, it is about arranging and rearranging differently, to make something else come out with the same basic material. Which, in political times when taking out the meaning of everything is the rule, is a really interesting feat.

cycle works on the ritornello, the loop, the repetition, the routines, the habits, a form of sound memory, of sound inscription in the ear.

From a constrained material, the same loops, each piece manages to say both something known and continuous, but also something new and unexpected, intimate and distant at the time, through difference, and repetition.

These limited materials allowed nunu to create atmospheres that are hollowed out and worked on, to reveal a certain density, a certain depth in each loop used. It is at the same time a way to question our sound habits, what I recognize, what I identify, what is new, what is repeated, but also our relationship with time, with spreading, dilation, diffraction. The album first breaks down the 8 cycles that make it up and then proposes the arrangement of them in a single cycle.

This work on memory, time, and sound materials does not stop here, there is another layer. cycle dialogues with nunu’s personal archives, or at least with his ways of producing loops, cycles, and sound, whether it is the packs he regularly publishes, his album Mind Body Dialogue (his first album, the most hybrid in the strict sense, released by the very chic The Astral Plane) or SCUM.

cycle summons the nunu’s whole productions and even if it seems to be clearly oriented more towards experimentation than towards the dancefloor, one can recognize ways of playing with the speed and reception of loops, of lingering or accelerating, of letting one layer last or disappear under another.

cycle is an accomplished and chiseled album, where listening also seems to question these two years spent trying to reinvent routines, temporalities, durations, relationships to oneself and to one’s perceptive archives, in order to project oneself once again towards this something else that arrives, awkward, vague, but necessarily already in progress.