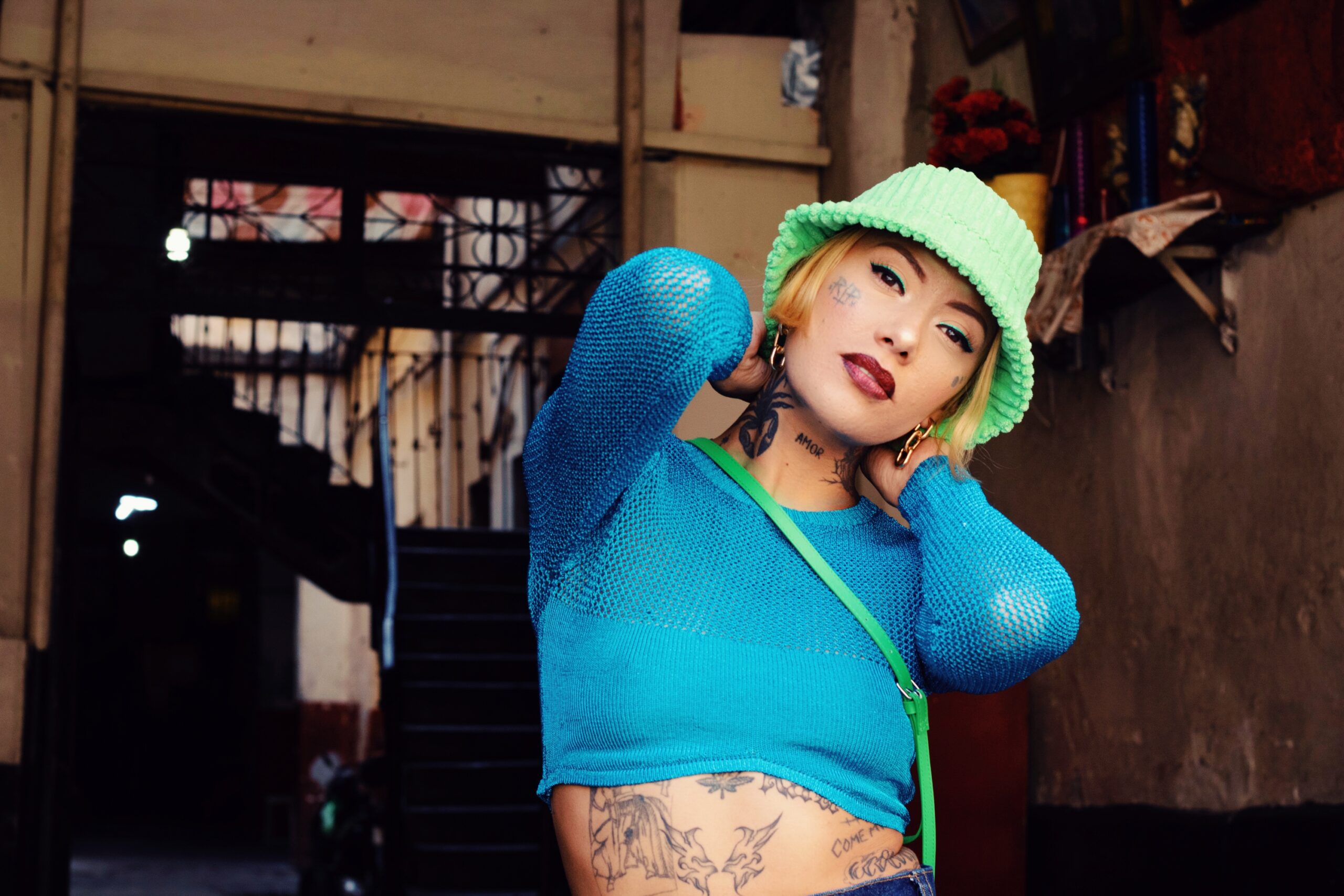 On December 10th, Couvre x Chefs is proud to present two emblematic artists at Petit Bain (Paris) for the very first time in Paris: Rosa Pistola and Hitmakerchinx. Each is the spearhead of a movement and a musical culture of their own that has crossed borders: Rosa Pistola for reggaeton and the Latinx scene, Hitmakerchinx for Flex Dance Music, or FDM, from Brooklyn. The line-up will be completed by local stars TV Showw, boss of the label of the same name, BJF and Tim Karbon, two of our residents, in B2B.

The Colombian, who has been living in Mexico City for 15 years, makes it a point of honour to boost the Mexican reggaeton scene in every way she can: producing albums and singles in collaboration with emerging producers and MCs, via her label and recording studio La Chekera Records, and of course, in her DJ sets. A resident on Rinse FM in 2019 and on NTS since 2020, she also hosts a show on Vans Channel 66.

In 2018 she participated in the first Boiler Room reggaeton with DJ Playero in New York and then at Sónar in Barcelona. Since then, the artist has performed alongside the mythical Ivy Queen for RBMA, but also at Moma PS1, Primavera Sound, Sonic Arts, Unsound… her last performance at Boiler Room x Primavera Sound Barcelona in the summer of 2022 is a must-see that counts over 800k views on YouTube. She will play for the first time in Paris on December 10th at Petit Bain for Couvre x Chefs.

After first emerging in Brooklyn’s Caribbean neighborhoods, Flex Dance Music (FDM), the all-in-one dance and music movement championed by Nicki Minaj, Madonna, and Omarion, is poised to have its biggest year yet. And one of FDM’s breakout stars is 26-year-old LA-via-BK producer/dancer Hitmakerchinx, who can count on everyone from Rihanna (who had him on her Anti World Tour) to taste-making record label/ collective Fade to Mind as fans. Originally produced to soundtrack Brooklyn dance battles, flexing — with its bone-breaking, gliding, and contorted movements, indebted to Jamaican bruk-up — is not only visually breathtaking but also sonically infectious, thanks to beats grounded in ’90s reggae and dancehall.

Considered by many to be the dark, pulsing cousin of the reggae lite that’s become the Top 40 sound du jour, above all it’s a larger movement that’s finally bringing real Brooklyn-bred culture into the spotlight. “I’m not about to make anything that’s soft. I need music that’s going to say what I feel instead of me ripping somebody’s head off,” Hitmakerchinx says. The artist, whose new EP, Sound of 7ife, comes out this month, adds, “When I dance and I battle you, I want to bring you into my world. That’s where FDM came from.”

In 2017, Night Slugs and Fade To Mind joined forces and released Shades & Monsters: FDM Classics, a retrospective of tracks produced by Hitmakerchinx between 2010 and 2017 that laid the foundations of the FDM movement. After several world tours, solo or with other Flex Dance Music actors, Hitmakerchinx will be in Paris for the first time on December 10th at Petit Bain for Couvre x Chefs.