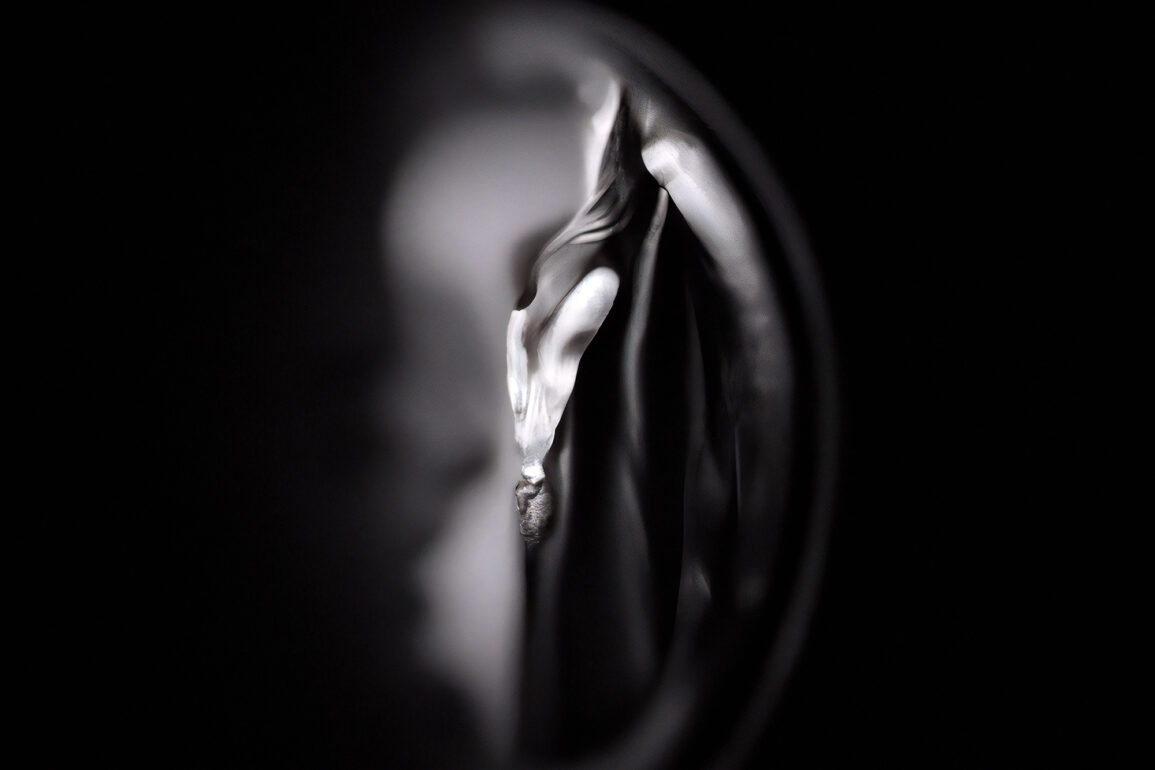 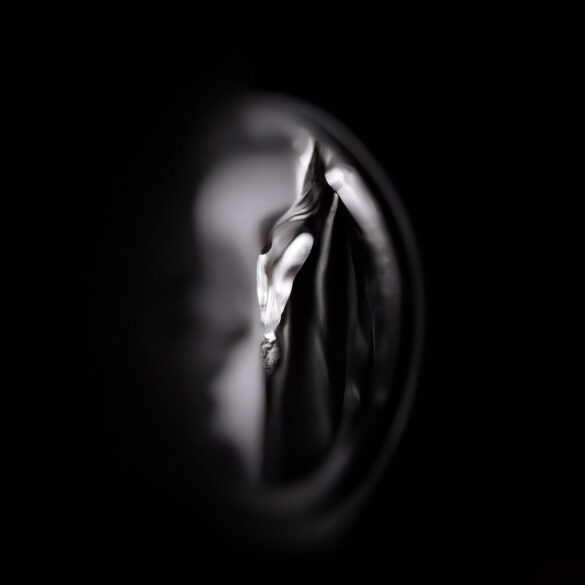 A sound that gathers all struggles and emancipating wishes of a whole generation, at the crossroads of vocal tenderness and instrumental doom. That is a sentence that could describe briefly what you must prepare your mind with before diving into Caïn و Muchi forthcoming self-released EP Wardaوردة. The Marseille-based duo made of Morocco-born vocalist/composer Vanda Forte (known for their fierce and boundless DJ-ing appearances) and local producer/composer Sinclair Ringenbach (whose audio activities also include software crafting and sound design) is about to blow off with a strong five-tracker of heavy-riding and low-frequency side of club music with a deep sense of poetry. The pair is taking her inspirations in an era defined by structural violence against gender freedom, cultural frictions, and war addiction that seems like endless stories shaped in a mold of vicious circles. The music of Caïn و Muchi in itself is quite mutant: somewhere between club rap and traditional sounds of the MENA region (including all countries from North Africa to the Middle East). Therefore, Vanda decided to sing in multiple Arabian dialects: Syrian, Egyptian and Moroccan, this allows them to diversify their own approach to language and make images that could touch a wider range of ears and hearts.

Almost three years after the release of the previous and yet auto-produced Martyrظ ل م and a handful of tracks on compilations such as Du Cœur Records’ “I Hope You Rot In Hell And Your Dog Is Watching”, Vanda and Sinclair are now pushing things sonically forward with this short play they’ve already played live in many french loved venues like Marseille’s Meta Zone Libre, Nantes’ Stereolux, La Station Gare des Mines in Paris, not to forget their fresh highlighted performance at Saint Étienne’s carefully curated festival Positive Education.

This whole new project shows the duo’s abilities to create complex sonic atmospheres, helped with a gentle science of vocal mixing and rhythm tailoring. However, they also seem to hold back to welcomed instrumental minimalism, letting tones speak and words disappear in space, playing with silence as if it was an instrument on its own. This strip-down aesthetic adds to the dreamy mystery around Vanda Forte’s lyrics which they explain in the  following subtext, regarding the title track Wardaوردة that you can listen to above the present article:

“I wrote “Warda” based on a dream I had of myself standing at the end of a tunnel. I couldn’t recognize myself from the beginning so I was afraid to go toward this figure. But the more I get close, the more I realize it’s me. Then the dream became clear: we are ourselves the light at the end of any tunnel we’re going through. We are the key to our own problems. We need to focus on evolving and reaching the best version of ourselves.”

The title track begins like a whisper enveloped in a canvas of resonant sub-shots and slow-downed darbuka patterns, with motorbike samples on top and intriguing synth pads. At some points, crystalline oud lines appear to give us another glimpse of a distorted Arabian sonic tradition, written to witness 21st-century oriental music endlessly reshaping itself. Between all this gentle orchestration, Vanda’s voice goes from half-whispered and sensual rapping to highly vibrant singing with a sense of fluidity showing all their virtuousness. “Evolve to your best shape.” Another sentence that can be seen as a manifesto for the whole musical modulation comes from Caïn و Muchi’s double-headed musical energy. And some good advice to anyone facing the hardest sides of the human condition. Sounds to fight the obscure, embodied in dark lights.

Caïn و Muchi’s Warda وردة EP will be released this next February 1st, 2023 on all platforms, and they will play their new hybrid live show at La Marbrerie in Montreuil this Wednesday, January 18th. Book your tickets here.