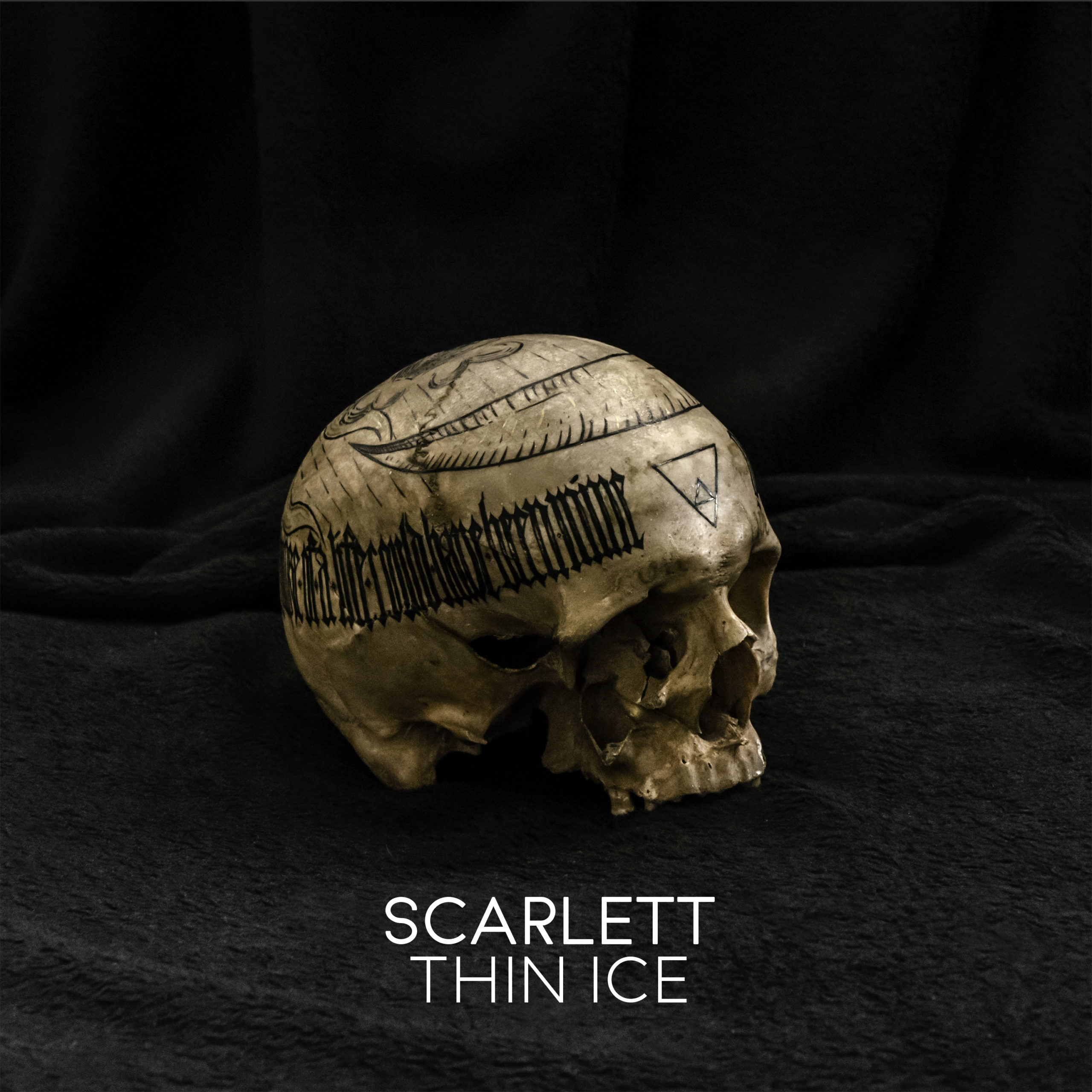 Scarlett’s “Thin Ice”, or the tale of an introspective dialogue

Last month, Scarlett‘s debut EP was released Thin Ice. This project is both the culmination of long-term work for the producer who has built and refined her musical identity in recent years but also marks the very first stage in her career. Scarlett’s DJ sets (Boiler Room, Rinse France …) and her edits pack released almost a year ago have unveiled a unique universe, nourished by influences ranging from Arab rhythms to pre-Hispanic tribal, including hard drum or industrial metal. The release of Thin Ice was an opportunity to learn more about the birth of it and the origin of the hybridizations that compose it.

Your EP, has a pretty evocative title, and you told me that he composed and thought of a really special period for you, can you tell us more about it.

Like every individual at some point in their life, I found myself in a dead-end and realized that the modus operandi I had adopted no longer worked, or was no longer sufficient and that I was going straight into a wall. It turns out that the breaking point was synchronized on an artistic, identity and sentimental level… Thin Ice seemed to be the perfect metaphor for the path we take until the ice breaks under our feet and everything collapses in an instant. Fortunately, I was lucky enough to be particularly well surrounded by my friends, and especially by Philou CxC who pushed me to go through with this project and without whom there would be no EP.

The narration is that of contradictory emotions in a strong moment of introspection, is that what we hear in this hybridization and multiplication of styles, very techno pieces, others more trap, sometimes industrial textures…

It took me some time to get out of the club music framework that I had imposed on myself and free myself from a defined genre while keeping in mind that the purpose of the project was to offer a live format. I have a great deal of admiration for Jackson (and his computer band)’s second album, Glow, which he has presented live and which is for me one of the best albums of the past decade. There is no real identified genre, but from a sound perspective, it is pure genius borrowing from a super-wide palette of influences, textures and emotions and with insane ease for a super cohesive result. I wanted to do the same with my music, and basically, I’m just trying to reach this level …

A piece that I find particularly interesting, in addition to the very club Leaving, it is Lights In The Sky, which I find condenses all the emotions and styles that go through the EP, you can tell us a little more about it.

A posteriori, it’s a bit like the UFO of EP, since it’s very industrial and cold, much more aligned with my metal and contemporary influences. The song is constructed like if you were taking notes from a therapy session on the first and last day, it is a somewhat ethereal story and in a way the subject of the whole EP: doubt, uncertainty, then being stuck in a dead end, questioning and taking a leap of faith, maybe ? …

Leaving on the contrary, is a very club track, quite trap oriented, that you did with my gda, can you tell us about this collaboration and the place it has in your EP.

I stumbled across the work of ma gda who released an EP on her own, without any label (which CxC relayed) and I was very appreciative of this whole process of assuming not to need a label to be demanding with the quality of the music you do. Beyond the approach, her Mourning Moon EP is honestly really good. We talked and decided to do something together… it seems I really appreciate people who do things 100% because they really want to. I am particularly proud of the result we have with that track.

You also told me that the contradictory emotions of the different tracks could be found in the writing of the lyrics, can you develop this aspect a little.

Writing meaningful lyrics was very important to me, rather than using somewhat abstract vocal samples or reciting consensual sentences while mumbling… That was out of the question. Finally, it was quite fun to look for the double meanings to have something very open, which makes as much sense when you are heartbroken as when you are in the midst of introspective questioning. Then I think there is also a bit of a duty of sincerity, I want the music be personal even in the lyrics…

What place does your dj practice, which we perhaps know more of you, played in the composition of the EP?

I think there is a deep lack of respect for the work of DJs lately, whereas it is a complex and rich art form, and to make an EP whose finality is the live aspect was a way for me to re appropriate the status of artist, and no longer being used to fill the gaps in the line-ups as is too often the case. Then the DJ often has an iconoclastic function in what he/she does, and I really admire that aspect. This is what allowed me to reconcile myself with certain influences that I had swept away by judging them to be bad taste (while I still like nu metal so much) and to deconstruct this internalized censorship. Finally there is always the digging side, to feed your curiosity, try improbable blends and break again and again the limits of the framework that we impose ourselves.

Thin Ice by Scarlett was released on Bandcamp and all platforms on July 17.