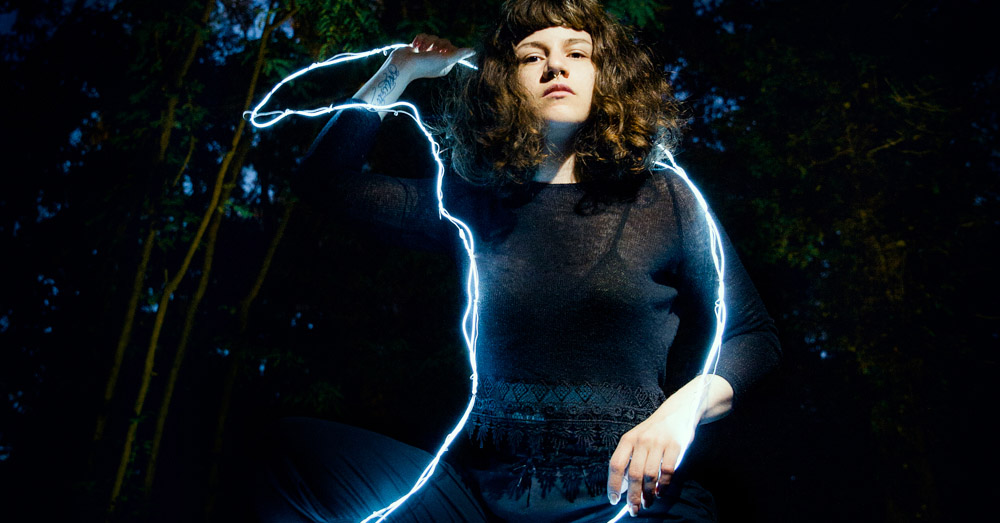 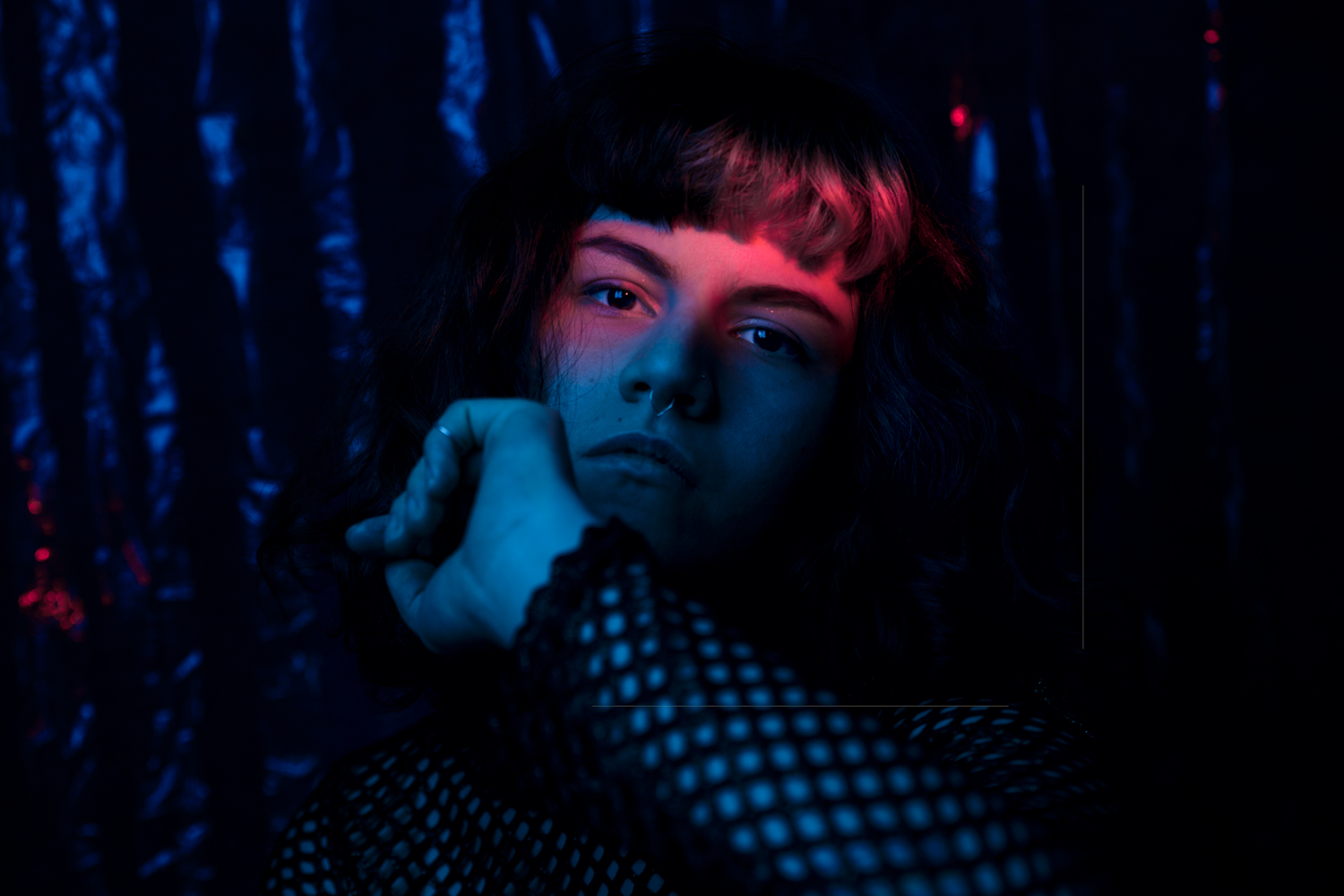 The first time we met Ma Gda on the networks, it was for an Italian cover of Drake’s Hotline Bling, and she was then called Banshii. Memorable. The young Italian producer based in Lyon is one of those hyper-talented bedroom producers, whose music overwhelms us at first listen. Sometimes described as “grunge witch music tinged with avant-garde club music and saturated bass” (breathing), Ma Gda just released her first EP today under her new alias: Mourning Moon.

Mourning Moon explores the process of mourning, “a fluctuating course between distorted perceptions, melancholy sweetness and primary, indomitable eruptions of chaos. A look at discontinuous evolution and inner phases that alternate abruptly following the advent of a loss”. Listening to the EP evokes us, for example, Björk, an analogy that promises, and Ma Gda to quote as well: “Nirvana, Tori Amos, Tanya, Tagaq, and various winks to the Italian variety of the last decades”. For this work, Ma Gda did not work alone (we come back to this point in the interview below), and was surrounded by high-level collaborators: we find in fact the brilliant King Doudou, MORSE ( which is definitely in the news <3) or Adam P or Flatmate.

Discover in exclusivity the clip of the EP’s opening track, 4$ure below, as well as the whole EP Mourning Moon a little further down in the article, and take the time to know more about the machine composer via some questions we asked her.

What was the creative process of the track 4$URE?

It’s a track that I started in October 2016 when I was really at the bottom of the hole, the dark / angry atmosphere comes from there. In the history of the EP each track corresponds to a phase of mourning:

In 4$URE so it was rage and I chose my samples by affinity between sound and mood. The lyrics usually come to me at once, like in half an hour it’s folded. I have written all my life (fiction and non-fiction, poetry), so the songwriting comes to me rather natural. In the lyrics I’m furious because I’ve been fooled, I’m angry, I want revenge for the injustice I’ve been inflicted on and I want to burn everything, but after having expressed the desire to “burn down” this person who hurt me, I realize that I am better than that and that anyway this person will suffer a lot even without my hands dirty, because his selfish conduct and petty will inevitably lead to consequences (karma forever). The clip takes a little of this idea of karma too.

Ma Gda: a credit for a home studio

Let’s start at the beginning, can you introduce yourself and tell us a little about your career in music?

My name is Magda, I’m 26 and I’ve been living in Lyon for 6 years but I’m Italian and I grew up in the countryside, around Milan.

I started production 4 years ago, because I was a lot in the bass/club music scene in Lyon and that environment with lots of friends who hacked on Ableton was favorable. Basically, I just wanted to sing my songs, but I quickly realized that I would never have been happy to ask about a product already made, so I pulled out my fingers, I opened a credit and I bought the stuff to make my little home studio.

I studied classical piano all my childhood (I also played the organ in church lol) and I learned the guitar self-taught. My parents are hardworking but both are passionate about music in their own way and without imposing anything on me, they have always encouraged me to do what I wanted to do. 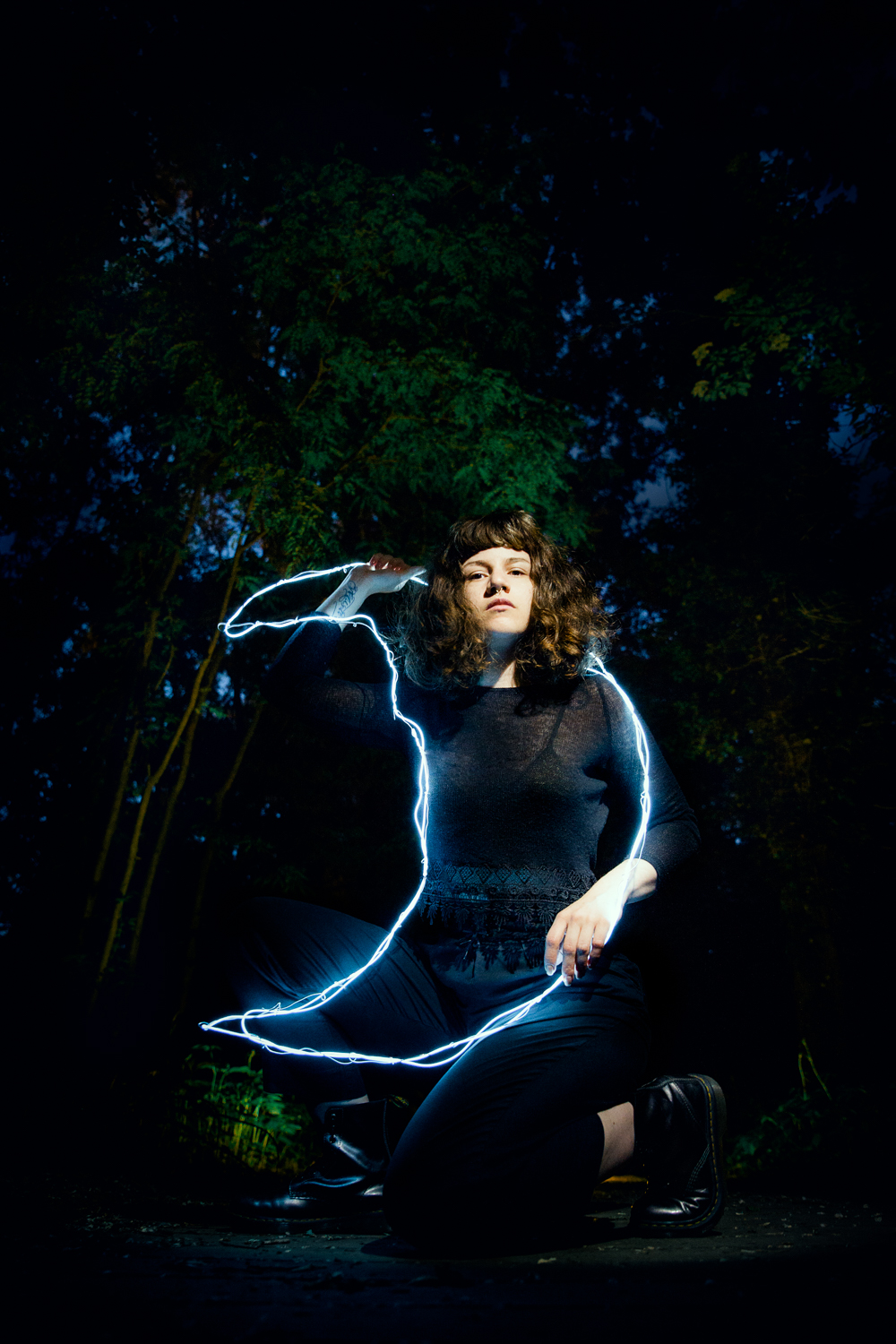 How did you approach the composition of your upcoming EP “Mourning Moon”?

Making music for me is a way to evoke states of mind, memories, to sublimate emotions and of course to write stories in order to communicate and meet as humans. It’s also a way to celebrate life, to thank.

In my experience, music is therapeutic and also has a psycho-magic dimension, it’s part of my reconstruction rituals when I’m not doing well. If my mind is heavy, I make music and it helps me.

For this EP here, it was not at all a project at the base. I did not think: “Hey, I’m doing an EP.” These are tracks that I composed between 2015 and 2018 and that I realized a posteriori that they spoke of the same thing: a romantic relationship, which was rather violently murdered, a separation that for its gravity I lived as a mourning. In this EP I celebrate this journey of mourning and reconstruction and it is not trivial that I chose the June 15 for the release, it’s because it’s the New Moon and for me it’s very important in terms of energies.

It is clear that for me it is vital to work autonomously at first, otherwise I do not feel free. I can’t work from scratch with others because I take a lot of space and I like to let myself go to my creative impulses in solitude. I am also a control freak, I tend to want to do everything and only recently have I learned to trust the people around me. I always care to work with people who accept my fierce and wild side and who do not want to contain me. Hugo [Ed King Doudou] taught me – sometimes unwittingly – a lot of things, one especially: it is that I can collaborate with others on my conditions and that it is not a problem, I will find people willing to do that and if it does not suit them, I just have to go elsewhere. He always makes sure not to distort what I do and it has reconciled me with the producers in general. Sometimes it happened to me to work with friends who wanted to put their nose too much in the compo or change my aesthetic to me and that it inflated me. Not that I do not accept criticism, but the condescension for me is not ok. Stop. Goodbye forever.

For the clips it’s the same, I don’t mind working solo in DIY mode but it has limits, so for the 4$URE clip we worked as a team, but with people I know and with whom I know we share a vision.

You’re releasing your EP in total independence, why this choice?

There are many labels that I like but my aesthetic does not match any of them. I contacted some labels but had no answer, or people were not ready to release this UFO because “it’s beautiful but it’s not what we do.” Honestly, already knowing that they found that “beautiful” gave me a lot of strength, I did not feel totally rejected and at some point for me, the important thing is that it comes out, that it’s somewhere and that it’s the basis for everything that comes after. So here I decided I would not wait for anyone to get my thing out. What really interests me is to reach people who will understand what I am doing and to be able to interact with them, it will be easier when I have my live (hopefully before the end of 2018) .