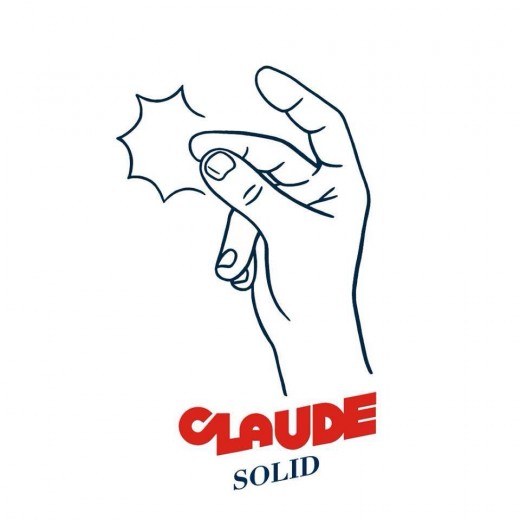 I began my recent interview with Fulgeance, talking about his Souleance project, saying that the producer / dj Norman was very active … it was an understatement: here we are already on CxC talking to you about him again. Indeed, Fulgeance combines himself this time with Darius Broobecker and gives birth to Claude, a new project that pays tribute to disco and house music that both producers adore.

The first EP by Claude is called Solid and comes out on October 6th on Music Large, French label which we have been talking about for a few years now, and promises to elegantly enrich the catalog of our favorite artisanal label.

We had the chance to listen to a preview of the 7 tracks that make up the EP Solid and it was hard to stop nodding. As they describe themselves: “this EP blends Chicago House and UK Bass in a uniquely French way.” For now we’ll let you sink into the very nice teaser, until October 6:

Teaser made by Fulgeance himself !

As for the artwork, it’s a collaboration between Rekick (the iconic boss of Music Large), Emile Sacré, who had already directed the video for Garnier‘s track Revenge Of The Lol Cat (ML015) and french illustrator and legendary Floc’h, author of the posters of the films Hollywood Ending by Woody Allen and Alain Resnais’ Smoking / No Smoking, among others.

It therefore welcomes the release of this beautiful new project interesting musically and visually.

In so until the release of Solid you can already feel the vibe with the early work of Claude already available on the internets for you:

– Remixes, such as Garnier‘s track Wise Words For No-Life Guacamoles :

– And edits, such as Cloud One‘s track Atmosphere Strut :