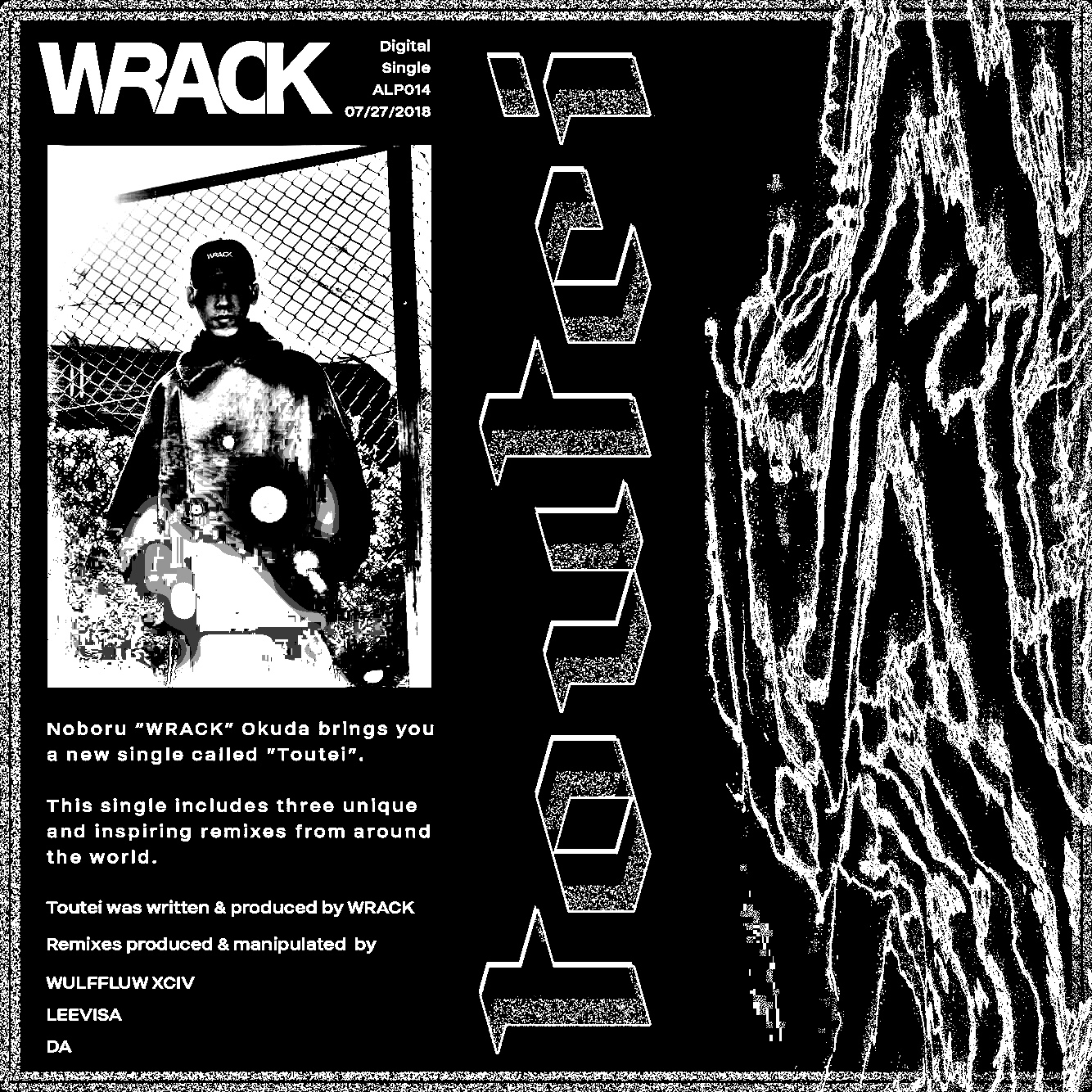 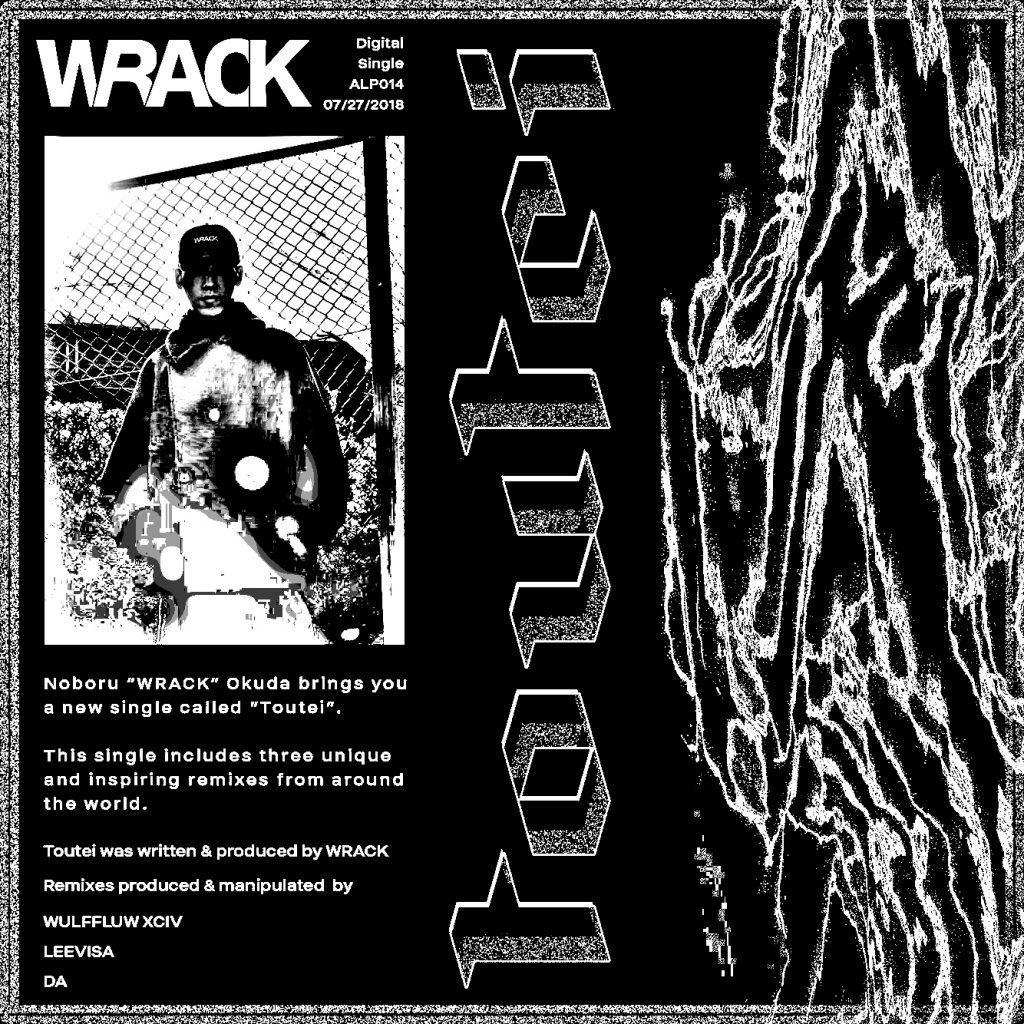 Artwork of Toutei by WRACK, design James A Joplin

The prolific Japanese producer WRACK is back with a new single: Toutei, available tomorrow on Alp (Afterlifeplus) label. Noboru “WRACK” Okuba is a craftsman of Tokyo nights. His Chemical Monsters parties, founded with DJ Klapis, see the crème de la crème of the global underground club (Soda Plains, Dinamarca …) booked there. As a producer, Noburo is not a newcomer: his excellent self-produced and self-published EP, another EP published via the Japanese reference store Radd Lounge, and a number of remixes and mixes for artists of the four corners of the globe have finished confirming the skills of WRACK.

Alp is an IRL-based label in Portland and has some promising artists in its catalog, such as TRRUENO’s Anakta from Buenos-Aires. Toutei is the new WRACK single coming to Alp. On the program: the original title as well as three remixes, each revisiting the banger: Korean Leevisa, DA, from the crew Alp, as well as the Russian WulffluW XCIV.

In exclusivity, discover on CxC the remix of WulffluW, a version that the author describes as “afro baile synth funk” of the original. And he is far from being wrong. The organic drums added by the Russian producer give an unprecedented dimension to the composition of WRACK, effectively completed by the Brazilian tamborzão, in a symbiosis more than convincing.

I was inspired by the idea of hybrid sound of WRACK’s asian melody, some etnic vox and baile drums. I was interested in making such syntezis between cultures which are on the different sides of the earth.

This is what WulffluW told us about the genesis of his remix, to listen below.

Toutei of WRACK will be available tomorrow July 27th via Alp.